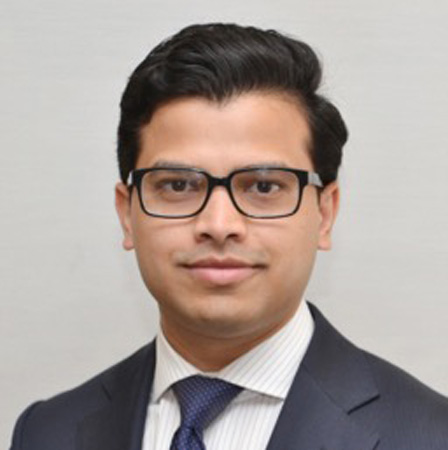 The G20 commitments have significantly increased the levels of disclosure, granularity, traceability, and regularity of reporting requirements across the globe. The high standards expected by regulators are a challenge to all market participants. The only thing that is constant with the regulatory requirement is the continual change.Since 2014, the European Market Infrastructure Regulation (EMIR) transaction reporting implementation has been wrought with challenges. While the industry looks at the current data quality issues, European regulators are requesting more granularity on the transaction reporting.

Large banks likely to move away from delegated reporting

Large banks are likely to move away from providing buy-side clients with delegated reporting services for over-the-counter (OTC) derivatives and exchange-traded derivatives (ETDs) as required under EMIR.

Banks could continue to offer the delegated reporting for a short term, as the service is tied to the execution and clearing fees. We are hearing feedback that larger banks are less willing to offer this service, and the implementation of the revised RTS would add another layer of complexity to their delegation model.

Revised EMIR RTS: what is changing?

The European Securities and Markets Authority (ESMA) has clarified the fields and the descriptions in the revised RTS. It added the guidance provided in Q&A to the regulatory text and increased the number of fields from 85 to 129. The new table will have 35 counterparty data and 94 common data to report.

In the revised requirements, sourcing the data and implementing the changes will be very difficult and complex. The changes include:

Pairing and matching are the two reconciliation steps that are performed by the trade repositories to ensure the records submitted by both parties are reconciled efficiently. The first is the pairing process, where the Legal Entity Identifiers (LEIs) and UTIs are matched to pair the two trade submissions. The second is the matching process, where all reported data of a paired submission are compared.

According to DTCC’s GTR service has 26 percent of the market share of all transactions under EMIR; RegisTR has 34 percent, UnaVista 12 percent, CME 17 percent, ICE 10 percent, and KDPW 1 percent. Trade repositories have the responsibility to perform reconciliation internally and with other trade repositories as per the interoperability provision. This is to ensure that the trades reported by both parties are accurate and further avoid duplication of the transactions. The recent number published by DTCCGTR had the Inter-TR reports matching the rate at 0.59 percent (the 99.41 percent of the records submitted by both counterparties to different trade repositories don’t match).

UTIs have continued to be one of the main reasons for higher unpaired transactions at the trade repositories. Each reported derivative contract is required (by Commission Delegated Regulation [EU] No 148/2013) to have a UTI. The regulation requires that the UTI is unique but does not de ne how it should be generated or by whom. European regulators were late to clarify which counterparty to a trade is required to produce the UTI. However, unsurprisingly, there are many cases where both counterparties are independently producing UTIs and not exchanging them. As a result, the pairing rate is low. Still, with DTCC GTR, 28 percent of the records are unpaired. This has slowed down regulators’ ability to monitor the systemic risk.

The regulatory expectation is that all trades must be matched, which is a rather complex and sophisticated request. Deep learning techniques would be needed to analyze and resolve the billions of already-submitted EMIR transaction records.

Firms value greater oversight and governance when it comes to regulatory compliance. They do not want regulators knocking on their door. Regulations such as EMIR, Markets in Financial Instruments Regulation (MiFIR) and Securities Financing Transactions Regulation (SFTR) coming at different times and the shifting goal post of various laws has not made it easier to prepare. It is becoming increasingly costlier to run the business, execute growth strategy and onboard new regulations.

In principle, the regulation can contribute to an action plan through impact analysis, requiring firms to think through the regulatory non-compliance outcomes, and demanding justification for taking strategic actions. One of the aspects should be measuring and improving the perception of regulatory changes. There is no magic wand to resolve the regulatory challenges. It is an extensive and tiresome work e ort to make a decision and to implement a solution.

Investment managers must look to automate the production of regulatory reporting so they can achieve regulatory compliance on time and at a reduced cost. Centralizing the data from different sources, leveraging security master, valuation, collateral, counterparties (and more) to create a reporting hub is proving to be beneficial in the long term. A regulatory reporting hub can be built on an end-to-end model, including the technology component, data re-use, and transformations. Firms must consider regulatory compliance as a key component of their business strategy.

HOW REGTECH WILL PUT COMPLIANCE ON THE FRONT FOOT