EMIR AND THE FX MARKET 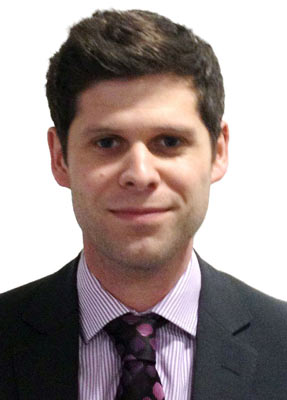 9thMay marks a key point in bringing clarity to Europe’s foreign exchange market. An EU consultation closes on whether over the counter foreign exchange transactions should be included in the European Market Infrastructure Regulation (EMIR) transaction reporting regime.

The EMIR aims to monitor the risks posed to the financial system by derivatives – that vast category of instruments that includes futures, forwards, swaps and options and which, following the 2008 financial crisis and the role played by credit default swaps, has become something of a financial bête noire in the popular imagination.

Its scope already includes forex derivatives, while the EU’s earlier MiFID brought FX contracts into the definition of financial instruments. But the big question for those of us in the forex industry is whether the EMIR will extend to pure corporate FX hedging transactions or forex forward contracts.

Under the EMIR, since February all counterparties to derivatives traded in the European Economic Area have been required to report details of the transaction, including the type of contract, price, settlement date, parties to the contract and maturity.

From August, this will extend to collateral and valuation details – marking-to-market to track the ‘live’ value of derivatives, rather than the historical book value of the original contract, which will allow regulators to spot institutions’ current exposure if, for example, the derivatives have  dropped precipitously in value.

The run up to August will therefore encourage the flow of data into the system and allow the level of systemic risk to be measured before regulation kicks in.

To put the amount of information this reporting produces into context, when the EMIR was introduced one trade repository reported 50 million transactions in its first week. If this were extended further into the forex market – the world’s most traded market, with an average turnover in excess of $4 trillion a day – then the amount of data produced will be somewhere beyond vast.

However, there are limitations with what can be done with all this information. Even if studying it allows regulators to understand institutions’ exposure, remember that these are open positions, the closing of which may be in no way straightforward (and regulators ordering traders to close positions they view as too risky is surely beyond even the most fevered Europhobe’s imaginings).

In the short term, then, the aim is to move away from what is perceived as the financial Wild West of a pure OTC market, where risk is hard to measure and control hard to exert, and towards the more standardised exchange markets that govern the likes of shares and bonds. To that end, data gathered between February and August could be used to ensure traders have sufficient buffers of capital, or to monitor fragility among parties who are overexposed.

But in the longer term, somewhere in the minds of politicians must be the goal of a potential financial transaction tax. There is a view within the EU hierarchy that a lot of financial trading has no social benefit. The reporting regime could therefore be a prelude to such a tax on transactions by allowing the over-the-counter market to be accurately measured and understood for the first time, and laying down the infrastructure needed to levy an eventual tax.

Whatever the ultimate goal, there are noticeable gaps in the reporting regime. The new rules have exposed differences between national regulators as to whether forex forward contracts should be classed as derivatives. Those of us in the FX business need pretty urgent clarity on what is an FX financial instrument and what is an FX spot contract, given that different member states are doing different things and that there is no single definition of a derivative.

As an example of the uncertainty, imagine you are back-to-back hedging a client position. A US retailer wants to buy some central London real estate for a new flagship store. They need to borrow dollars in the US to cover the cost, but must pay for the purchase in sterling, which exposes them to FX risks at several points. As their FX broker, you look to hedge this by setting up a currency swap, effectively seeking out a UK company looking to do the opposite to them – needing to borrow, in sterling, to fund US purchases, which need to be made in dollars. The swap contract means that the two companies essentially borrow in their own currencies and swap loans with each other.

However, non-European companies trading with each other within Europe will need to conform with the new regulations, even though their home regulators may have very different ideas were the same trade made outside of Europe. And equally, as the EMIR is not a worldwide requirement it could be easy to get around by trading outside of European jurisdiction.

So if the above trade is made in London, should this contract come under the EMIR’s remit? What if it was made in New York? And how should it be reported? After all, these aren’t speculative transactions. The ultimate risk of the contract is counterparty – that one company will not honour the agreement. But the systemic risk is to the banks lending to each company.

And if the EMIR is to monitor risk, rather than regulate derivatives per se, what of forward contracts? These can be speculative and as such can involve highly leveraged positions. But they can also be used for much more mundane reasons, like ordinary people hedging against FX exposure when buying holiday homes. And if forward contracts are to be included, do spot deals then logically follow, as these can also be used for speculative reasons, taking potentially risky short positions?

Clearly, we need some illumination. Thankfully, after 9 May we will learn more about the scope of the EMIR’s reporting rules and their exclusion or inclusion of various foreign exchange transactions.

The EMIR has a noble goal at heart but, for now, brokers will continue to struggle in the dark.