IS SME GROWTH BEING STIFLED BY BASEL III? 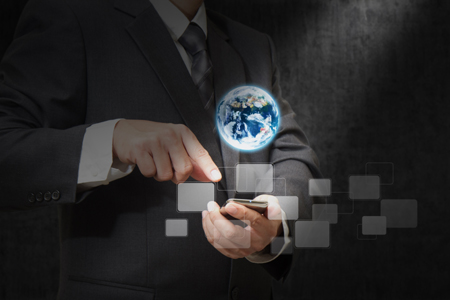 The Basel III accords have been given a lot of attention in the financial press since their introduction a few years ago. Many have pointed out that they overcorrected the mistakes of Basel II, were overly cautious, and have drastically changed the banks’ ability to lend to businesses. And while all this may be true, fewer people seem to be talking about Basel III’s impact on SME lending in the UK.

The Basel framework sought to make international banking more robust and more able to ride out periods of instability. The new measures, including changes to capital controls, leverage ratio, and liquidity requirements, were a direct result of lessons learned after the credit crunch — the BCBS wanted to avoid the mistakes of Basel II and reduce the chances of another recession having the catastrophic consequences that we saw in 2008.

The main change that has affected business lending in the UK is capital requirements. Put simply, Basel III required banks to hold more capital in proportion to their risks. This meant a choice somewhere between two ends of the spectrum — either holding more capital to sustain the same amount of lending, or keeping the same gross amount of capital and reducing risk exposure.

Somewhat predictably, most banks gradually leaned towards the latter. While it’s probably not fair to say that bank lending to smaller businesses dried up overnight, Basel III gave strong incentives for the major institutions to gradually take a less flexible approach. SMEs in particular were an obvious target for the reduction of risk exposure — lending to small and medium enterprise takes more manpower than simple, easy-to-automate applications from large companies, and it’s lower return for a higher risk to boot.

The decline of business overdrafts was a particularly painful experience for SMEs. Basel III changed the way overdrafts were categorised, meaning that banks now had to hold capital in proportion to the total of all the overdraft limits they offered — instead of what was typically drawn.

Again, the banks overwhelmingly chose to reduce risk exposure rather than find more capital to keep up a relatively un-lucrative area of SME lending. In fact, recent research shows that overdrafts have been reduced or removed at a rate of £5m *per day* since 2011 — a staggering statistic that shows the scale of the problem.

The banks have also become less able to offer other types of lending to SMEs — for example, loans for growth, or emergency finance to cover an unexpected cost. Combined with the reduction and removal of business overdrafts, SMEs are very restricted in what they can do to grow, or in other cases, survive.

And we’ve repeatedly seen that as well as being a key predictor of growth, access to lending is crucial for firms temporarily in trouble — without the right finance available, firms are likely to self-finance using personal credit cards or overdrafts, or simply give up.

How can SMEs bounce back?

Perhaps unsurprisingly, a diverse market of alternative finance has sprung up to fill the funding gap left by the banks. There is now a huge range of alternatives to overdrafts and other kinds of cashflow finance, various ways to get hold of equipment and machinery, and many, many different ways to secure lending against almost anything an SME can offer.

Overall, there’s never been more ways to fund a business, even if it has a short trading history or lacks the type of tangible assets that were previously necessary. You can even get a business loan from your own pension!

There are also government plans to require banks to refer businesses they turn down to alternative platforms. This referral scheme has already been written into law, and we expect to see the first iteration some time in 2016. This will go some way to closing the funding gap, and helping more businesses get funding in spite of Basel III’s restrictive consequences.

There is some onus on business owners too, to learn about the types of alternative finance they could be eligible for, and broaden their horizons beyond the high street banks. There are lots of new products on the market to help a variety of businesses in different situations — but even with a bank referral scheme, decision makers need to know about them to be helped by them!

Crowdfunding and peer-to-peer lending have had lots of media attention in the last couple of years, but they only account for a fraction of the market — if every product within alternative finance were as well-known and understood, the funding gap would likely be closed.

Basel III has certainly had negative effects on SME lending in the UK; but rather than a temporary solution, perhaps the arrival of alternative finance represents a changing of the guard?

Conrad Ford is Chief Executive of Funding Options, recently described by the Telegraph as “the matchmaking website for small businesses and lenders”. With the free Funding Options service, you can quickly search dozens of alternative business finance providers. http://www.fundingoptions.com/

BUILDING RAPPORT WITH YOUR CUSTOMERS