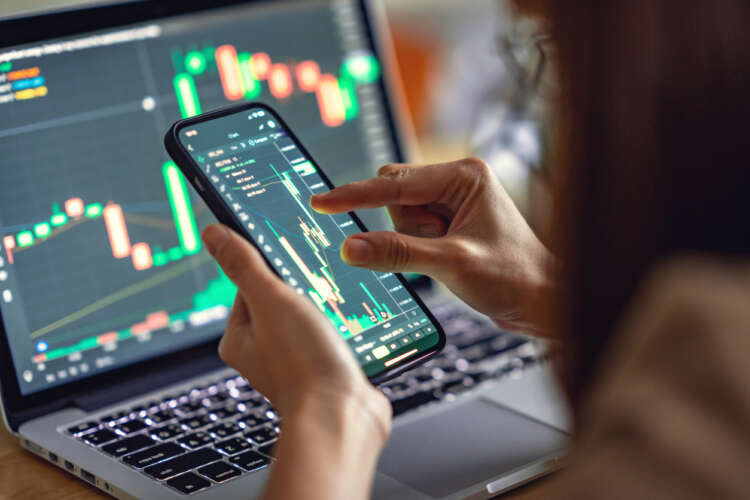 Cryptocurrencies have become an established part of the investment landscape. As the best-known and most popular, bitcoin (BTC) and ethereum (ETH) are now held by a growing army of private investors worldwide.

According to Statista, the number of Blockchain wallet users has surpassed 80 million with some estimates suggesting that the total global figure now exceeds 200 million. Against this background, Goldman Sachs has predicted that bitcoin will ultimately compete with gold as a store of value.

In seeking to extend their crypto footprint, a range of blue-chip companies and institutional investors are increasingly adding crypto to their reserves and portfolios. The most recent big name to take the plunge is KPMG Canada, which announced in February that it had added both ethereum and bitcoin to its balance sheet – a move that signals crypto’s pull on traditional investors.

On one level, this strategic decision can be seen as a response to the market’s growing size and maturity: huge investor interest in crypto and increasing participation in other blockchain technologies – NFTs (non-fungible tokens) and decentralised finance (DeFi) – that are simply too big to ignore.

Benjie Thomas, managing partner at KPMG Canada, explained the rationale when the move was announced. “This investment reflects our belief that institutional adoption of cryptoassets and blockchain technology will continue to grow and become a regular part of the asset mix,” he said.

True to his word, KPMG Canada soon followed up by buying a World of Women NFT for $73,000, acquiring an Ethereum Name Service domain name – a tool that makes cryptocurrency addresses more user-friendly – and minting kpmgca.eth.

Elsewhere, banks are also recognising crypto as a maturing asset class: according to Blockdata, 55 of the world’s 100 biggest banks by assets under management are now investing directly or indirectly in companies and projects related to cryptocurrencies and blockchain.

By allocating crypto to its corporate treasury, KPMG follows in the footsteps of several major companies such as cloud software company MicroStrategy, payments processor Square and EV manufacturer Tesla, which are now holding crypto on their balance sheets.

MicroStrategy has even adopted bitcoin as its primary reserve asset.

Elon Musk, Tesla’s CEO, is arguably the best-known crypto advocate, having stated that his personal portfolio includes both bitcoin and ethereum. According to Tesla’s most recent accounts, the company held nearly $2 billion worth of bitcoin holdings last year.

The relative absence of regulatory scrutiny has long been part of crypto’s appeal. But there was a notable shift in attitude last year: as the aggregate market value of all cryptos surpassed the $2 trillion mark, investors could see knew that global regulators were set to respond. Although not yet in place on either side of the Atlantic, bespoke regulatory regimes for crypto will soon be put in place.

In notably strong language, UK investors have been warned by The FCA and the Bank of England to help them appreciate the risk of fraud, hacking, money laundering and so on.  Meanwhile US Treasury Secretary, Janet Yellen, has said that fundamental questions exist about cryptocurrencies. The US, she added, should implement an appropriate regulatory framework.

Her words have since been followed by action. In January 2022, the SEC released an amendment plan for regulating exchanges and platforms that sit outside its supervision. In march, President Biden signed an Executive Order on Ensuring Responsible Development of Digital Assets, which it described as the “first ever, whole-of-government approach” to regulating cryptocurrency activities. What this will mean in practice as investor protection ramps up remains to be seen.

Canada also has no crypto-specific regulations, relying instead on domestic securities laws applied by 13 securities regulatory agencies (SRAs), both regional and federal. Cryptocurrencies are not considered legal tender under Canadian legislation, while Canadian securities laws treat them as tokens, classified as securities.

But a key potential driver for KPMG’s move is that crypto Canada’s regulatory framework is manifestly more supportive of crypto. Critically, the Canadian Securities Administrators (CSA) allow a specified period of time for financial innovations to be tested, during which they are exempt from compliance obligations under existing securities regulation.

By defining the contractual right to custodied crypto assets as a security, the CSA is also breaking fresh ground making Canada the first jurisdiction to do so, which potentially puts crypto players on a path to experience regulation not yet seen elsewhere.

But for the partners of KPMG Canada, investing in crypto is not all plain sailing. Like other cryptos, bitcoin and ethereum are widely regarded as speculative. Beyond their obvious volatility, potential risks in adding digital assets to KPMG’s balance sheet include money laundering and the future of tax reform.

Compliance considerations also arise, extending to areas for which banks are usually responsible: security and anti-money laundering (AML) checks. It is worth noting that the International Financial Reporting Standards (IFRS) has no specific provisions yet detailing how to account for cryptocurrencies, for example.

To paraphrase Elon Musk, in crypto, one day is like a year: things change fast so it’s important to have an equilibrium where everyone’s needs are looked after. That is what regulators will, no doubt, try to achieve in providing investor protection.

Corporate involvement in crypto by is both exciting and welcome. But big companies will also have to maintain effective monitoring and supervision of their crypto assets in order to mitigate white-collar crime, money laundering and cybersecurity breaches.

Oil prices up, well over $100/bbl but headed for weekly loss