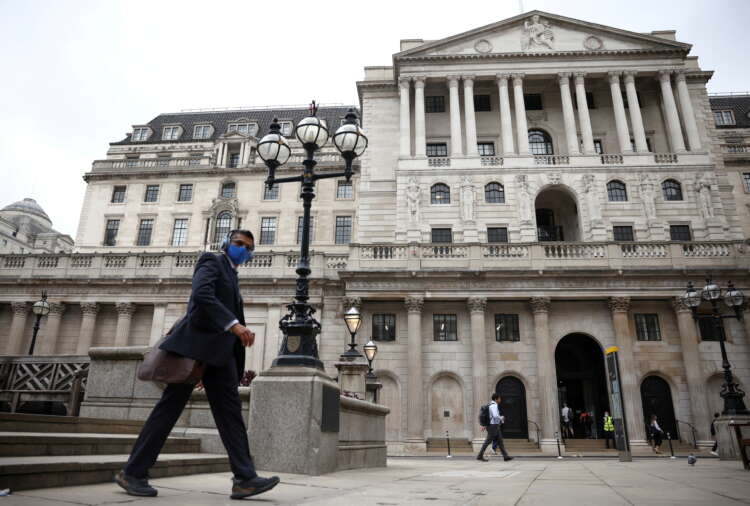 COVID-19 has re-established the “efficacy of fiscal policy,” though policymakers are still debating over how much of that stimulus should be focused on supply-side measures versus demand-side, Huw Van Steenis told the Reuters Global Markets Forum (GMF) on Wednesday.

“I suspect there is far more to do on the supply side, but again I am encouraged (by) how many companies have pivoted over the last 18 months,” Steenis said.

Central banks around the world are figuring out ways to incorporate climate change and extend quantitative easing (QE) to fund green policies.

Steenis, who is currently chair sustainable finance at Swiss bank UBS, said he believed central banks still had a legitimate role to play in maintaining financial stability and market integrity as the transition to sustainability continues.

“Transparency in the data and climate stress tests may prove to be the most catalytic tools,” he said.

The European Central Bank (ECB) is considering tilting its purchases of corporate bonds towards companies that pollute less or are cutting their emissions.

But Steenis, who is also senior adviser to the chief executive of UBS, thinks it’s difficult to get that “strong tilt.”

“How would the ECB or others make very aggressive exclusions, given the composition of indices,” he said.

Steenis said industries need finance, and shouldn’t be penalised for not tilting, so that entire economies can transition.

“Helping them finance the transition is key – with some engagement from asset owners where they see a firm is lagging.”

Central banks will likely use “green tilt indices and top up with green bond purchases … to signal the direction,” Steenis said.

(This interview was conducted in the Reuters Global Markets Forum, a chat room hosted on the Refinitiv Messenger platform. Sign up here to join GMF: https://refini.tv/33uoFoQ)