HAPPINESS IS FAMILY AND LOVING YOUR HOUSE FOR OVER-60S 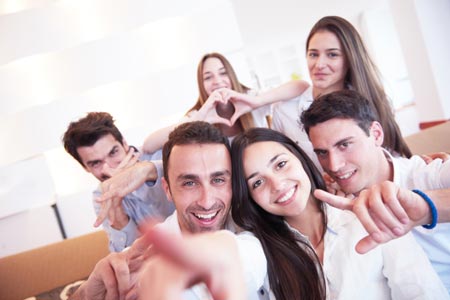 The key to a happy retirement is having close family nearby and a partner as well as loving where you live, new  research1 by Homewise, the over 60s property experts shows.

Its study found more than two-thirds (68%) of over-60s say they are happy with their lives citing family and their home as the main reasons for it. Around 69% say having a partner is important to their happiness while 58% highlight having close family living nearby and 61% say loving where they live is vital to their happiness. Just 49% said having enough money was important.

But when it comes to being unhappy in retirement money is the root of all evil with 36% picking lack of cash as the main cause of their unhappiness. More than one in ten (11%) over 60s claim to be unhappy with their lives.

More than a quarter (28%) highlighted their poor health as the main reason for feeling unhappy while 26% cited that they don’t have an active sex life but wanting one as a key cause.

Homewise’s research showed that on a regional basis14% of over 60s in Northern Ireland claimed to be unhappy while in both Wales and the South East the number was 13%.

Just 6% in both the West Midlands and Scotland suggested they were unhappy, the lowest figure in the UK. Moreover more than one in three (35%) over 60s in Scotland claim to be ‘very happy’ with their lives.

The research by Homewise also highlighted that more than two thirds of over 60s claim to be happy with their lives because they still have their partner while three in five (61%) highlighted the love of their property and where they live as the main reason for feeling happy.

Through its Home for Life Plan, which enables over-60s to buy homes at discounts of up to 59%, Homewise is aiming to revolutionise the way people approach retirement, avoiding being stuck in unsuitable housing with unmanageable repayments and instead allow them to retire happy.

Mark Neal, Managing Director at Homewise, said: “Family and where you live appear to be the main reasons for living a happy life in retirement and it is interesting that is not necessarily all about money when it comes to happiness.

“Unfortunately that is the reverse when it comes to being unhappy where finances seem to be the biggest issue for many.

“We believe that the Home for Life plan can help by enabling over-60s to move to a new home under a lifetime lease and release money to not only clear any debts but also allow those in retirement to live happily.”

The Home for Life Plan is a lifetime lease where those aged 60 or above can select a property to buy which is then purchased by Homewise at the full price. Customers will then buy a lifetime lease from Homewise typically at a discount rate of around 33%.

Legally, they are the lifetime owner of the property and can do as they wish – paint, wallpaper or put in a new kitchen. When that person dies the property will revert to Homewise but he or she can choose to leave an inheritance of up to 50% of the future of value of the home.