GET CONNECTED FOR A SUCCESSFUL DEAL 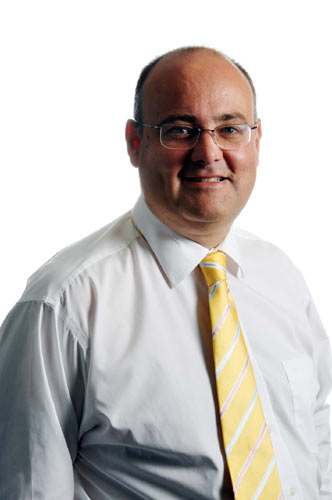 Businesses examining cross border merger and acquisition deals as a strategic approach to fuel growth, need to ensure all parts of the deal process are aligned if they are to realise the full potential of the transaction. Avoiding some common pitfalls and sticking to a deal process ‘blueprint’ is the key to success. Robin Johnson from global law firm, Eversheds shares critical insight from the firm’s new report,“The M&A Blueprint: from inception to integration”, that gathered together expert views on how maximise the value from global M&A transactions.

It is widely accepted that despite a number of challenging macroeconomic issues, company boards within global businesses are under pressure to drive growth. The role of international deal-making and merger and acquisition activity remains an important and strategic business tool to secure growth.

Low levels of growth in many markets, unsustainable government borrowing, deleveraging of company balance sheets and somewhat risk adverse director groups all present obstacles to doing deals. But for many organisations, mergers and acquisitions remain a priority as they seek to follow global customers or to help smooth entry into new international markets.

But driving value from deals is also a key factor as to their future success and this is where problems can occur. According to a recent report commissioned by Eversheds – The M&A Blueprint: from inception to integration – it appears that the full potential of cross-border deals is often compromised due to weaknesses in the actual deal process, and in particular little or no focus beyond the deal transaction to post-integration.

This was the collective view from over 400 multi-national companies who have been involved in cross border merger and acquisition deals over the past three years. Asked for their insight and experience of such deals, they highlighted the potential for weaknesses in the process and advocated close scrutiny for a number of key areas which could ultimately determine the onward success of the deal. In essence this sets up a blueprint to follow, which, according to the experts, can drastically influence deal outcomes.

Eight key insights underpin the over-arching conclusion of the report and are cited as some of the common causes for deals failing to realise value. Being aware of these factors, which are based upon deal-related experiences, could be a helpful for organisations seeking to ensure the deal process runs smoothly, as well as future integrated success.

•  Avoidable faults in due diligence – Nearly half of the companies contributing to the report said that challenges during the integration phase were due to errors during due diligence activity. The fact that avoidable mistakes are cited as the most common reason for M&A transactions to fail points to a real need to ensure focus and consistency in this primary area of deal preparation.
•  Continuity is key – The report findings pointed to a need to put in place a core team of legal, commercial and finance professionals at the onset to connect all the elements of the deal from day one. This team must remain with the deal from inception to integration to guarantee continuity and maximise potential for success. This appears to be a particular issue for UK organisations.

• Bringing internal and external work streams together – For some companies external factors such as economic difficulties were the reason for deal failures. For many, however, it was an admission that they failed to align legal and management team priorities which led to unnecessary complexity when trying to complete the deal. For 26% this translated into failure to realise value in recent proposed deals.
• Ten deals or more – Many contributors to the report cited the importance of experience when trying to drive a successful outcome for a cross border deal. Indeed, businesses with legal teams who had worked on ten or more cross-border merger and acquisition transactions over the past five years were less likely to encounter problems in the integration phase.
• Work with your legal team from the start – Firms felt that legal advice was brought into the deal arena too late in the process and in many cases not at a strategic level. Indeed, integration went as planned for 86% of organisations that brought legal teams on board at an early stage, compared to just 63% of companies who admitted to involving legal counsel too late in the overall process.
• Early warning signs – With legal consideration vital to the successful outcome of any deal, nearly 60% said they had highlighted potentially damaging issues early in the process and could caution management about proceeding further to therefore avoid future problems
• Involving outside counsel? – Companies, according to our experts, should be aware about the motivation of external counsel in the deal process. The perception held by businesses is that external legal advice is often not sufficiently interested in integration issues post deal and are more concerned with completing the deal and moving on. This does not always put the best interests of the organisation to the fore.
• Worst deals – Poor cross border deals are characterised in the report by a lack of coordination between internal teams, multi-jurisdictional issues, weak due diligence and a lack of trust between negotiating parties.

Underpinning the key factors above was the overwhelming critical recommendation highlighted by the report. It strongly advocates the essential requirement to create a core deal team to provide the ‘connective tissue’ to link all the phases of the deal together. The team needs to take the deal from the inception stage through to post completion integration. Businesses need to start to join the dots between the different stages of the deal cycle to move the focus from just simply ‘doing the deal’ to thinking about life for the business beyond the deal itself.

Establishing and following the M&A ‘blueprint’ that links together all deal phases from inception to integration will significantly reduce the potential for deals not to come to fruition or to drive value over the long-term. Adopting a project management approach for the life cycle of the deal not only ensures that the critical inception, planning and due diligence stages perform as they should, it also lays solid foundations to ensure that the deal execution and integration stages match the original objectives of the deal which is to ultimately add value.

Copies of The M&A blueprint: From inception to integration report are available from http://bit.ly/ScKnSX