FIGHT OR FLIGHT: THE FUTURE FOR BANKING IN THE DIGITAL ERA 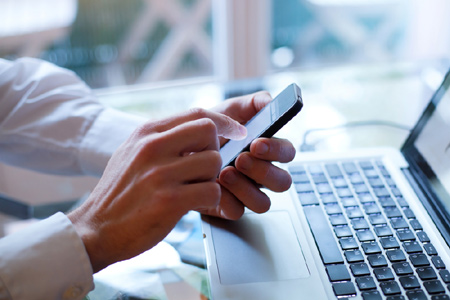 It is hard to look at any industry and not see it experiencing an ‘Uber-moment’. As the headline for a recent report, the World Economic Forum hit the nail on the head when it reviewed the impact on the largest finance sector companies under pressure from the rapid growth of the ‘fintech’ entrants – typically from Silicon Valley – fast, nimble, and ready for a fight. With these new players arguably better equipped to capitalise on the growing mobile trend, traditional banks are being forced to re-evaluate their business models to survive.

For those struggling to adapt to the digital revolution, the future looks ominous. Nearly 500 bank branches disappeared in 2014 and according to lobby group, the Campaign for Community Banking Services (CCBS), that figure is set to rise this year as consumers increasingly turn to online and apps-based banking. Many millennials haven’t ever ventured into a physical branch on the high street; and if this trend continues, could we face a future without retail banking as we know it?

There’s no doubt that digital transformation in financial services is being aggressively driven forward by advances in mobile banking. With 36 percent of British consumers using a smartphone to access banking services in the last month alone, banks are ploughing considerable investment into mobile-led capabilities.

On top of this, we’re seeing digital-only challenger brands, like Atom Bank, burst on to the scene, as well as tech giants such as Apple, march towards their own financial services take over with new services like Apple Pay. Without the burden of legacy IT infrastructure, and typically boasting higher consumer trust than traditional banks, these players are tapping directly into what the market wants – instant, easy and seamless payments.

But retail banking is not at risk of being totally cannibalised by its Silicon Valley rivals. Instead, digital services should complement traditional services to enable the banks to offer broader services and benefit from further data insights on their customer’s preferences and areas of engagement.

Here therefore, are some key considerations for financial services organisations looking to remain agile in the face of competition and better respond to millennials’ needs as digital-first bankers.

Get to market fast: Product and app development can’t take months of testing and approval. The time between an initial spark of an idea through to hitting the market needs to be as short as possible. With increasing competitive pressure from emerging niche players and higher expectations from consumers for immediate services, banks are forced to dramatically improve their delivery time.This is where being Cloud Native comes in, providing developers with a continuously available environment in which to build, test and deploy apps, enabling them to speed up their delivery time and get to market quicker.

Revitalise software development skills in-house: As the old adage goes, give a man a fish and you feed him for a day; teach a man to fish and you feed him for a lifetime. To truly capitalise on the digital era, internal development teams within the banking sector need to be equipped with the skills they need to develop apps-based services themselves. While traditionally, the majority of software development might have been outsourced to third parties, it is far more beneficial to bring in a partner who can work closely with the team and teach them how to build and adapt mobile banking apps in-house.

Reiterate software through data-driven insights: Of course, it’s not enough to build an app once and hope for the best. Apps need to be constantly updated to reflect the rapid pace of change in the digital era. To ensure the upgrades are in line with consumer demands, banks need to tap into the vast data sets that tell them how it’s being used, how their customer preferences are changing and adapt their services to meet this. Mobile technology enables the banks to capture user behaviour, needs and preferences alongside new data streams, such as location. Armed with this insight, banks can ensure they’re working to a customer-led strategy, providing services that there is a genuine desire for.

Mobile-led, security-first: Consumers are increasingly demanding immediate online experiences, particularly on mobile devices, where there is an absolute expectation of speed and responsiveness. Faced with this challenge, banks need to perform a careful balancing act between providing the functionality to enable quick transactions with authentication assurance that meets security regulations. While little vulnerability in platform security has so far been unearthed by banking malware, there is a risk that as mobile becomes the primary channel for financial services, security threats will increase. In response, banks need to make investments to both protect themselves against the current threat landscape and future proof their infrastructure to combat risks as and when they materialise.

For the retail banking sector, it’s all about adapting to survive. Consumers are craving a more personalised, interactive experience with every kind of business – from retailers through to restaurants, entertainment and banks. Failure to drive transformative change now and use data analytics to gain customer insights will surely put the traditional retail banks at risk. You only have to look at businesses like Blockbuster or Borders to see that those that rest on their laurels as market leaders and don’t adapt to future market demands are unlikely to survive in this fast-paced digital world.

TIME DELAYS AND POOR SERVICE ARE TURNING SMES AWAY FROM BANKS

6 REASONS WHY BANKS ARE EXPERIMENTING WITH BITCOIN & BLOCKCHAIN