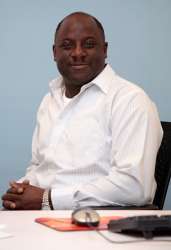 There can be little doubt that globally financial services firms have faced thousands of regulatory changes in the past year, but there are three prominent pieces of regulation that will continue to take the spotlight as we move forward into 2012: Dodd-Frank, Basel III and Solvency II.

The U.S. securities and banking industries are monitoring Dodd-Frank as its implementing rules are shaped and they await their effective compliance dates in the coming months. Meanwhile, insurers across the globe remain focused on how Solvency II and its ripple affects will impact European insurers, as well as those in other countries. At the same time, financial organisations that operate in multiple countries must understand how Basel III is being instituted across numerous regulatory jurisdictions.
As firms work to monitor and comply with the large amount of regulatory change and ongoing repercussions of the financial crisis, they are also faced with the challenge of managing compliance and risk holistically across their organisations. So the question is where should they focus their efforts in 2012?
From a global perspective, the most influential regulatory change of 2011 was the introduction of Basel III and the ways each jurisdiction is implementing the different facets. In Asia, tougher liquidity and capital standards are being put in place by each national regulator, using Basel III as a barometer. In some countries – Singapore for example – liquidity and capital requirements exceed the requirements set out in Basel III to ensure high levels of stability in the regions’ firms.
In Europe, the introduction of Capital Requirement Directive (CRD II/III) and CRD IV are moving the European regulatory framework closer to full Basel III implementation. So far, Europe has been focussing on increasing the quality of capital, the management of large exposures, and strengthening the requirements concerning securitisation activity. At the end of 2011, we may see rules requiring higher capital for trading book activity coming into force. Next year will be dominated by CRD IV requirements which will include policies around raising the quality, transparency and consistency of capital, strengthening the risk coverage capital framework, the introduction of leverage ratios, capital buffers including the countercyclical buffer, and improvement the liquidity standards.
In addition to these policy initiatives, we also have another release of European Banking Authority (EBA) COREP reporting, mandated for the first time to all European jurisdictions. It is intended that at the end of next year for the first time there will be a consistent reporting methodology and rule book addressing prudential risk in banks and trading houses across Europe.
In the US, the Dodd-Frank bill is continuing to be formalised and implemented. This bill includes many regulatory changes, including bodies for systemic oversight, introduction or capital requirements for swaps and futures traders, central counterparties and so on. There is a big overlap between Basel III, European legislation and the Dodd-Frank bill. This includes securities provisions, requiring originators to maintain an economic interest, enhancements to the resolution regime of banks and other financial entities including “living wills,” capital and liquidity provisions as mentioned under Europe’s CRD, and a commitment under Dodd-Frank to implement Basel III in the US.
Having highlighted the overlap in these regulations, there are also notable differences. For example, the Basel III accord still has external credit ratings embedded in the way it appraises risk. However, under the current US regulatory reforms, it is intended to remove reference to external credit ratings. Another difference is the introduction of the Volcker rule in the US where entities that enjoy government deposit guarantees are not allowed to participate in proprietary trading activities. This prohibition is beyond many other jurisdictions whose approach has been to increase capital and liquidity charges, and insist of greater levels of business line segregation.
One point to bear in mind is that there are a lot of regulatory developments occurring around the world that are certainly Basel III related but are not necessarily labelled as such. For example there are liquidity regimes, central counterparty programmes, stress testing initiatives, and regulatory reporting enhancements, many of which are implementing parts of the Basel programme.
Basel III and its incarnations will continue to dominate next year. The increased capital and liquidity requirements will mean that firms will need to review and some cases rationalise their activities. However, the overriding influence will be related to the experience of the European sovereign crisis. This crisis tests some of the changes put in place as a result of the 2008 financial crisis, and also provides new concepts that will need to be introduced into future regulations. The regulation and provision surrounding sovereign debt will surely be a topic for discussion and inclusion. In Europe, questions will need to be raised about how the EBA stress testing methodology still did not manage to identify some of the financial institutions sensitive to the sovereign debt turmoil.  In addition, we will see the further development of systemic tools that will aid regulators in taking on their macro-prudential responsibility.
2012 will almost certainly show that more jurisdictions will be asked to develop short and medium term tools that allow them to raise capital buffers by product or business line. This will be in addition to the more obtrusive regulation that all major financial firms are likely to experience. The desire by regulators to exert more control may also become an even bigger obstacle to business. Initiatives such as FATCA, the EU directives regarding hedge funds, and others mean that more and more activity will be subject to regulatory control outside of the firms’ geographical location. Unless care is taken the regulatory burden from these kinds of rules will deter firms from expanding their services. The implementation of on-going initiatives and continuing issues affecting the financial system as a whole mean that we will see an active and interesting 2012. Clearly Dodd-Frank, Basel III and Solvency II will continue to dominate the global regulatory landscape in 2012, and we would urge firms to proactively address risk management and regulatory reporting requirements for a successful new year.