COULD GREATER USE OF DEFERRED PROSECUTION AGREEMENTS IMPROVE THE SFO’S PERFORMANCE? 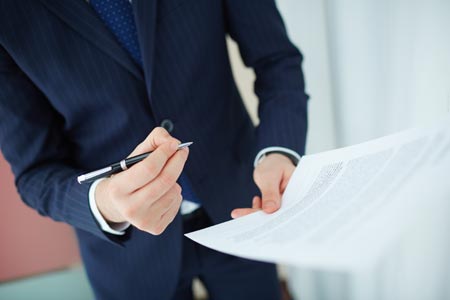 The Serious Fraud Office is often in the headlines, and not always for the right reasons. Since it was established nearly thirty years ago, there have been numerous high profile trials, a disappointing number of which have failed to result in a conviction. Some recent investigations have been mishandled, most notably that into property developer Vincent Tchenguiz, leading to a multi-million pound compensation payment.

Things improved following the appointment of David Green QC as SFO Director in 2012,but the agency’s performance has recently deteriorated. While the conviction rate by defendant for 2013-14 was 85%,which slipped to 78% in 2014-15,the most recent figures are notably worse: In 2015-16, only 6 defendants in 4 cases were convicted, giving a spectacularly low conviction rate of 32%.

Three clear facts emerge from data taken from the SFO’s reports from 2012-2016:

And the wider picture is bleak. In May the FT reported that the annual cost of fraud in the UK could be as high as £193bn. Of this, £144bn a year is in the private sector and the balance in the public sector. According to the Annual Fraud Indicator, published by the University of Portsmouth’s Centre for Counter Fraud Studies, which produced these figures, ‘it’s taking place on an industrial scale.’

By comparison, from 2012 to the end of July 2016, the SFO has recovered just £48m from confiscation orders.Given these statistics, the SFO is clearly only scratching the surface of the fraud problem.

Faced with the problem of low conviction rates and astronomical costs per conviction, why is the SFO not entering into more Deferred Prosecution Agreements (DPAs)?

DPAs are reached between a prosecutor and an organisation which could be prosecuted, under the supervision of a judge.They allow a prosecution to be suspended for a defined period, provided the organisation meets certain specified conditions. Used for fraud, bribery and other economic crime, they apply to organisations, but never to individuals.

Theyare also new to the UK:  DPAs were only introduced in 2014. In the US, however, they have been common since the collapse of Arthur Andersen in 2002, following a criminal conviction relating to the Enron scandal.

To date the SFO has secured two approved DPAs:

DPAs have an important and increasing role, particularly where resources are constrained, large SFO investigations are increasing in number, and conviction rates are declining. It is better that more companies facing criminal investigation by the SFO hold up their hands and comply with a DPA than we see a future where more expensive investigations are mothballed, fewer defendants reach the courtroom, and potentially, even fewer are convicted.