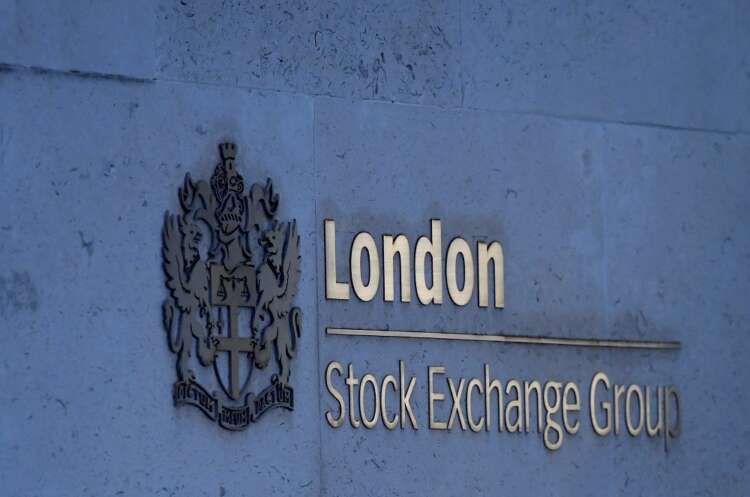 (Reuters) -London’s FTSE 100 fell on Tuesday as data showed some signs of reduced demand for labour, with healthcare and consumer staples stocks weighing the most, while Rolls-Royce dropped to the bottom of the blue-chip index on brokerage action.

Official figures showed Britain’s jobless rate fell below its level immediately before the coronavirus pandemic, while employment rose by a weaker-than-expected 10,000 and job vacancies hit a record high in the three months to March.

The Bank of England is watching closely for signs that the lack of candidates to fill jobs will push up wages to the extent that it risks a wage-price spiral.

“The labour market has recovered very rapidly, but we’re still dealing with a situation where the economy hasn’t quite yet felt the full impact of war in Ukraine,” said Michael Brown, head of market intelligence at Caxton.

“And, when they begin to filter through Q2 and into Q3, the labour market is likely to be on relatively fragile ground. So, it’s positive news, but it’s also slightly out of date as well.”

Broadly, investor mood was cautious ahead of U.S. inflation data, due later in the day, that could reinforce the Federal Reserve’s stance to aggressively tighten its pandemic-era monetary policy. [GLOB/MKTS]

Still, the commodity-heavy FTSE 100 has risen 2.3% so far this year. However, the FTSE 250 has lost more than 10% on worries about economic outlook due to surging prices after Russia’s invasion of Ukraine.

Plus500 Ltd gained 4.1% after the online trading firm forecast full-year revenue ahead of market expectations.

Diploma jumped 8.7% after the technical products and services provider hiked its 2022 outlook.