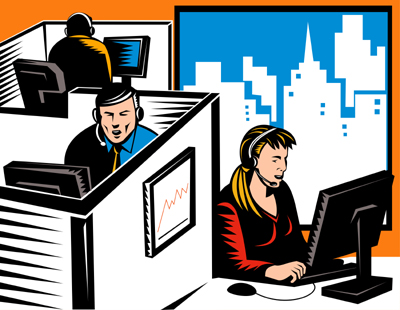 A detailed study commissioned by the Association of Accounting Technicians (AAT) looked into work attitudes and found that many factors outweigh the pay cheque, such as relationships with colleagues, self-worth, and the nature of the job itself.

Eight in ten of the 2,000 people polled said they would turn down a big salary increase if it meant working with people or an environment they didn’t like.

The results showed people are the most important factor in work happiness, along with enjoying the role and getting on with the boss.

And a manageable commute was also deemed more important than good pay, according to the study by the AAT (Association of Accounting Technicians).

Chief Executive Mark Farrar said: “The results show that, when it comes to working happiness, money is far from the driving factor for most of us.

“Of course, life dictates that we earn as much as we can to maintain or improve our circumstances, but most deemed working with good people or in a role they feel valued in as more important than the salary.

“Most of us will spend the biggest portion of our lives working and it’s important that any job we have enhances us both professionally and personally.

“Many respondents had turned down higher paid jobs because it would have meant less time with the family and a poor work-life balance.”

The study also found a third had left a job despite it being well paid – mainly because they didn’t deem it worth the added pressure.

While others felt they weren’t given the right appreciation from senior staff or the role stopped challenging them.

And over a quarter had said no to a promotion or better paying job opportunity because it would have meant less time with the family.

Interestingly eight in ten Brits would not want a job that paid more if it meant they didn’t get on with their workmates.

And three quarters would struggle to accept a job that gave them more money if they knew it would be a lot more stressful.

In fact, pay was only the sixth biggest factor for people staying in their current job – with Brits prioritising good relationships with those around them, enjoying the role and the commuting time over thinking about the money.

Only 15 per cent of the 2,000 workers polled actively disliked their current job.

When asked why they were unhappy, respondents were more likely to feel the nature of the work was dull and unfulfilling or that their boss didn’t appreciate them than they were to say their pay was too low.

Mark Farrar, AAT’s Chief Executive added: “It’s interesting how much status and recognition play a big part in happiness at work alongside the promise of progression and building towards something more.

“This is why we always encourage people to take control of their careers by retraining or via other methods, to ensure ultimately they find something that fulfils them.”

WHAT BRITS WANT IN A JOB

WHY BRITS STAY AT THEIR CURRENT JOB