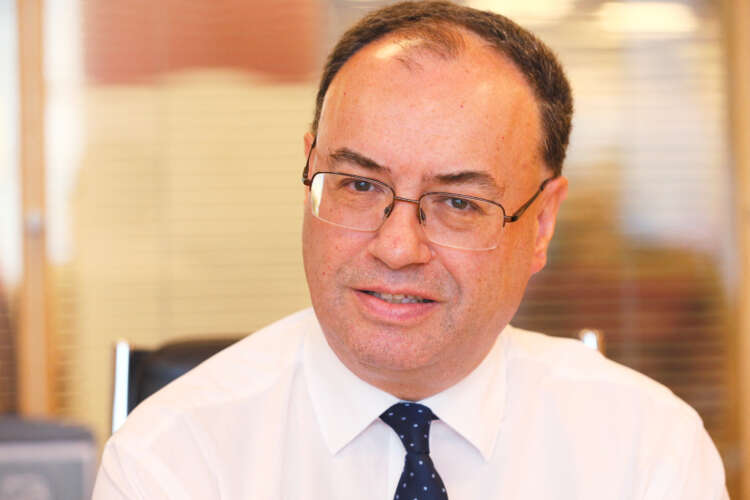 Speaking hours after data showed inflation in December hit its highest rate in almost 30 years, Bailey told lawmakers that the BoE would do what it could to ease the strain on households.

But he warned that there were various factors that meant price pressures could be less transitory that first assumed.

Greater tension between Russia and Ukraine were also a problem.

“That is a very great concern,” Bailey told lawmakers from parliament’s Treasury Committee. “If you think about the relationship between transitory and these second-round effects that can make it much longer, that again is a source of pressure in this story, which is a concern.”

Earlier on Wednesday the Office for National Statistics said consumer price inflation rose to 5.4% in December from 5.1% in November, the highest since March 1992 and far above the BoE’s 2% target.

Bailey said the labour market looked very tight – a key reason why he voted with a majority of rate-setters last month to raise interest rates.

The BoE’s regional representatives had started to see “some evidence” that higher inflation was beginning to influence pay deals, known in economics as a second-round effect.

Asked by a lawmaker what could be done to ease the squeeze on living standards, Bailey said: “We can and will do everything we can do, I can assure you of that.”

Rising inflation in Britain could also hit demand and jobs, and ultimately act as a brake on price growth, Bailey added.

“I don’t want to suggest that … were we to consider it necessary, we don’t have to take any action in terms of the Bank of England’s action on interest rates,” he said. “We would obviously judge that ourselves. But there is another channel there which would weaken demand in the economy.”