Beyond the Banks - The rise of alternative finance 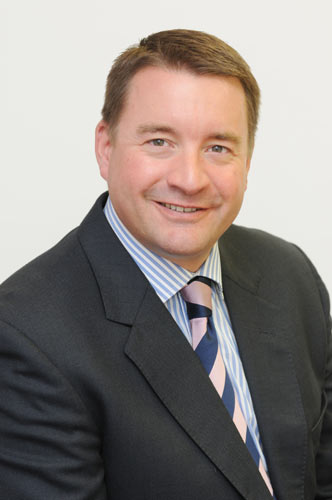 Simon Featherstone, global CEO of international SME funding specialist Bibby Financial Services, highlights how businesses across the world are increasingly turning to alternative forms of finance regardless of the level of funding available from traditional lenders.

The state of any country’s economy is largely based on the trading performance of its small and medium-sized enterprises (SMEs). Importantly, their success relies upon being able to maintain a healthy cash flow and gain access to funding that will support the growth of their business.

In 2013 Brazil officially overtook the UK to become the 6th largest economy in the world, a reflection of how developing countries have demonstrated a greater resilience to the turbulent global economic climate than their developed counterparts.

While in Europe and North America GDP output has stagnated in the last few years, developing nations such as Brazil, Russia, India, China and Japan have all continued to post positive GDP figures.

Contributing largely to their increasing economic success has been the performance of their SME community. So why have small and medium-sized businesses in the likes of Brazil been able to outperform their counterparts in places like the UK?
Since the collapse of the Lehman Brothers in 2008, which sparked the financial crisis, banks in many of the worlds developed nations have become less supportive of SMEs. Bank lending to businesses in the G8 nations has decreased on average by 4 per cent.

However, in the same period the BRIC nations increased bank lending to businesses by a staggering 62 per cent. These figures collated by UHY, the international accounting and consultancy network, from data provided by the Central Bank, reveal an alarming difference between the level of financial support given to businesses in the US and Europe, and that given to the BRIC nations.
Despite these differences, even in countries where banks have been more active and provided greater support to SMEs, firms are increasingly turning to more flexible forms of finance.

At the end of last year I travelled to China at the invitation of its Government to talk to ministers about the benefits of invoice finance and to meet SMEs using this form of funding. Their view, much like many other Government officials I have met around the globe, is that alternative forms of funding have a growing role to play in improving access to finance for businesses.

With this in mind and in an effort to draw independent factoring companies such as Bibby Financial Services into China, the Government has decided to offer tax incentives to organisations which it hopes will ultimately help diversify the factoring market place, which is currently largely dominated by the banks.

In the UK the Government is also taking steps to reduce SMEs reliance on the banks by recently announcing that it would be expanding its flagship Funding for Lending scheme, which aims to boost lending to UK households and businesses, to include invoice finance houses. The recognition for alternative forms of funding is clearly growing and the reliance being placed upon them to support economic development is increasing.

Demonstrating the rising demand for alternative sources of funding, Bibby Financial Services has seen uptake of its products and services grow year-on-year since 2001, with its global client base increasing by 344 per cent in the last 12 years.

In Europe alone, the number of small and medium-sized businesses it has supported has grown by 250 per cent since 2007.

Importantly, this growth hasn’t been restricted to developed regions. In Asia Pacific growth has been steady, client numbers have increased by 86 per cent since the start of the global financial crisis in 2007.

In Australia, Asia Pacific’s third largest economy, credit availability remains a problem for small and medium-sized businesses as the banks are reluctant to loosen lending criteria.

Unsurprisingly, alternative sources of finance are therefore increasingly sought after, highlighted by the fact that factoring turnover figures reached record levels for a single quarter in Q3 2012. (AUS$ 1.39bn).

Building on this platform, Bibby Financial Services Australia is looking to expand its operation in 2013, to grow its sales team and market presence, with the aim of increasing support for smaller businesses.

In the United States the need for alternative finance solutions for businesses is also becoming increasingly evident. Bank lending to small firms declined by 18 per cent between 2008 and 2011, which has created an opening for alternative funding providers to counterbalance this drop in activity.

Bibby Financial Services currently provides alternative finance solutions to more than 1,000 businesses in the United States, an increase of 17 per cent year-on-year.

In projecting an increase in the uptake of invoice finance across France, Germany, Italy and the UK, GE Capital expects to see a rise in demand for the services of leading providers – something which Bibby Financial Services has already seen happening.

Our organisation sees tremendous opportunity in the current climate to further its support for small and medium-sized businesses through the provision of flexible funding facilities and further product innovation. It is fundamental to our strategy to continue to evolve as a business and an industry to ensure we continue to meet the ever-changing needs of SMEs worldwide.

Too flexible to fail