A ‘Third Way’ for CSR 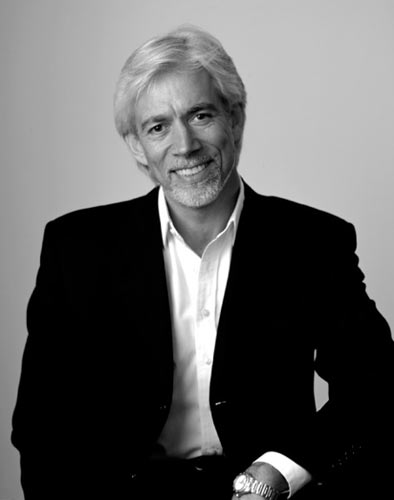 In a celebrated article first published in The Economist in 2005, it was argued by proponents of unfettered markets, that corporate philanthropy was ‘charity with other people’s money’ and a violation of the stewardship principle. It was argued that ‘strong capitalism’ a doctrine of the Right, demands that shareholders be given the opportunity to make their own decisions about if, when and how much they will donate. Some even went so far as to suggest that managers straying into this murky landscape run the risk of being labelled ‘thieves’ if the corporate philanthropy enacted under their direction is motivated by altruism rather than shareholder value. ‘Strong’ indeed.

On the other side of the debate are the left-aligned or statist commentators, for whom the phrase ‘corporate philanthropy’ is an oxymoron. They’ll never be persuaded that businesses founded on the principle of maximising shareholder value, can be entrusted with the responsibility of distributing wealth. At a philosophical level, they argue that unelected business people lack the democratic credentials that should be demanded of those involved in such an important aspect of social policy. At a more visceral level, they maintain that profit-seeking organisations will inevitably subordinate the strategy and implementation of their charitable-giving to grubby commercial objectives such as improving their reputation, gaining legitimacy or improving employee engagement. As a result, they argue, the most vulnerable people in society become mere pawns in a glorified marketing gambit.

With the Left arguing that corporate philanthropy is illegitimate because it seeks to usurp the role of State and the Right protesting that it is ‘theft’ perpetrated by the soggy-minded, the future from the perspective of corporate social responsibility practitioners might appear bleak. Not so.

For several decades, governments of every complexion have been encouraging organisations to provide welfare benefits such as healthcare and pension for their employees, thereby lightening the load on the taxpayer. Neither the Tories nor Labour have allowed their respective dogmata to stand between them and few quid courtesy of the private sector. What has changed is the depth of the financial hole we are in. Today Ministers are ‘inviting’ commercial enterprises, with varying degrees of coercion, to assume responsibilities that for decades have resided with the State. Academy schools, private hospitals, toll roads, housing associations and the like are here to stay. Whatever your view on these matters, I respectfully suggest that you might get used to the idea, because we’ve seen the high-water mark of centralised state involvement in our lives and now the tide is going out. For the foreseeable future, whatever their political complexion, governments are very likely to continue to encourage organisations to extend their involvement in charitable-giving for the simple reason that taxpayers can’t or won’t pay for all the things that politicians want to do.

So is the future bright for CSR? The evidence would suggest that it is. In a 2011 report entitled “More than just giving” published by Deloitte, the authors identified emerging trends and presented examples of best practice. They observed that though organisations unsurprisingly still link CSR activities to their professional offerings and specific industry challenges, the nature of those activities is changing rapidly. CSR is stepping out of the Boardroom and into the workspace. No longer is corporate philanthropy conducted exclusively by the stroke of a benefactor’s pen. Payroll-giving schemes provide opportunities for employees to get directly involved while taking full advantage of the tax incentives offered by HMRC. Giving is increasingly in ‘kind’ rather than cash. Volunteering and pro-bono advisory work can provide important skills for social enterprises and communities. They also act as a major incentive for prospective graduate-level employees. The emergence of social media technology has made it possible to create and sustain workplace communities that share a common interest in social welfare projects. Fundraising built around core business activities like training or performance management through new social media tools such as Kite®, ensure that corporate philanthropy is seen to be ‘from the people, for the people’. Social media can take charitable-giving out of the Boardroom and relocate it to wherever employees come together, whether that is in the physical or the virtual environment – with benefits for employees, employers, shareholders and society at large.

Challenges remain. Foremost amongst them is the need to put aside reactive or tactical CSR projects designed merely to counter bad headlines. Instead we should put in their place strategic alliances with communities, charities and social enterprises. There is an urgent need to align fundraising with operational activities so that organisations can mobilise the energies and creativity of their people, with consequent benefits in employee engagement. And we must ensure that grant-making is conducted in such a way as to create and enhance long term relationships with governments, suppliers and customers.

CSR can prosper as a core part of firm’s business activities for as long as the public are persuaded that organisations don’t get more out of CSR than they put in. They know ‘spin’ when they see it and blatant attempts to massage a brand or expunge corporate guilt with a hefty cheque will be exposed for what they are. Shareholder value is theirs to give or withhold and they will exercise their generosity only if they are persuaded that gains in social welfare, inferred or claimed are real and proportionate. The happy coalition of social welfare and shareholder value are the sine quibusnon of today’s corporate philanthropy and practitioners can carve out a ‘third way’ as long as they ensure that both conditions are met.

Robert Terry, Chairman and Founder of the not-for-profit think-tank The Kite Foundation

An end to “box-ticking” in compliance