YOU DON’T HAVE TO BE A SIBYL TO UNDERSTAND ORACLE LICENSING, BUT IT HELPS 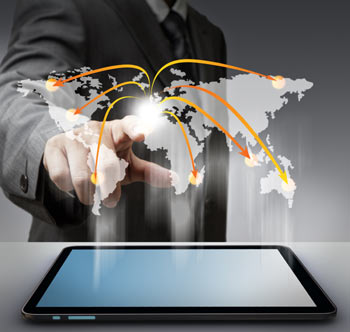 When we approach Oracle’s fiscal pinch points, many enterprises will inevitably be facing the daunting task of squaring their licenses to their existing software estates. For many, the threat of a software audit looms large.

According to Concorde Solutions, when faced with over 3,000 products over a four layer infrastructure, many firms find it hard to make sense of this complicated structure and face potential unexpected and unbudgeted license fees for failing to do so.

You Don’t Have To Be A Sibyl To Understand ORACLE Licensing, But It Helps

Martin Prendergast, CEO, Concorde Solutions, states: “Oracle licensing is often complex and non-transparent. This is especially key when it comes to virtualisation, which adds a further layer of complexity,”

“Whether you are facing an Oracle audit, considering virtualisation, reviewing your IT governance, or have been using Oracle for years, you don’t have to be a Sibyl to understand it. Staying ‘ahead of the game’ and ensuring compliance when it comes to the moving target that is software licensing is a significant challenge; particularly with the advent of virtualisation and cloud models that charge very differently in comparison to more traditional software agreements. Being proactive in Oracle license management is central to uncovering savings and avoiding nasty surprises. For example, having just ‘some’ virtualisation ‘somewhere’ could cost you up to a whopping $4.56m in Oracle non-compliance charges, a staggering figure uncovered by European law firm, Stibbe.”

Concorde Solutions has a four-step programme to taking the headache away:

Go back to the beginning

Oracle has a long history of acquisitions, and as such, its licensing and database metrics have changed several times since the early 2000s. If your contract stems from the early 2000s, then it’s highly likely the metrics used to build it are no longer offered by Oracle for new purchases. If you’re renewing your software, then you’d have to buy equivalents under new and possibly more expensive licenses. So, audit yourself to find out what was purchased and what you don’t need any more – make sure you know your starting position before entering any discussions.

VMware has traditionally led the market in virtualisation and is considered as having the best virtualisation technology, but – and it’s a big but – Oracle will not support many of its applications in a VMware environment. Often, businesses excitedly start virtualising only to then have to back out and revert to physical servers. A costly mistake. The little known fact is that Oracle’s own virtualisation technology is on a par with VMware, and until the conflict between the two vendors is resolved, then virtualising Oracle applications with Oracle technology can be the sensible option to avoid unnecessary compliance and maintenance costs.

Look for the easy wins

Though Oracle and VMware may be at loggerheads over virtualisation technologies, it’s a different story when it comes to hardware. You do not need Oracle hardware to virtualise your Oracle applications. In fact, over 90 per cent of virtualised Oracle applications are on non-Oracle hardware. The Oracle sales teams breathing down your neck right now aren’t going to offer this information up, so make sure you know ahead of time what hardware you are running, and whether you can use your existing hardware to reduce costs.

Strike out on your own

This might sound like an obvious point to make, but it is something that businesses often forget. Oracle will tell you where to seek advice, using companies and resellers on its audit partnership list (we’re not on it – out of choice!), but it’s fairly obvious that these companies make significant money from this business. Seeking advice from a partner independent from Oracle, or any vendor for that matter, will ensure that the advice you are given benefits you rather than the vendor.

When considering licensing, it’s important to look at what licenses are currently in place within a business, and which of those licenses are actually in use. It is common for licenses to go unused; research from AMR found that 46 per cent of Oracle ERP licenses go unused – a tremendous waste of money. Furthermore, Forrester found that 60 per cent of a business’s software portfolio is likely to be over-licensed. There is actually a simple way to avoid this; by carrying out an audit of your software estate then using that critical Business Intelligence(BI) to expose over or under licensing. If your Oracle agreement allows it (and you must check those T&C’s carefully), then you may be able to reallocate unused licenses within the business.

“In short, it’s not impossible to uncover savings in your software estate, in fact it’s quite simple if you know what you’re looking for, and this is where your business intelligence comes in. Having clear and accurate BI helps you determine what you do and don’t need, and what you might need in the future,” concluded Martin.