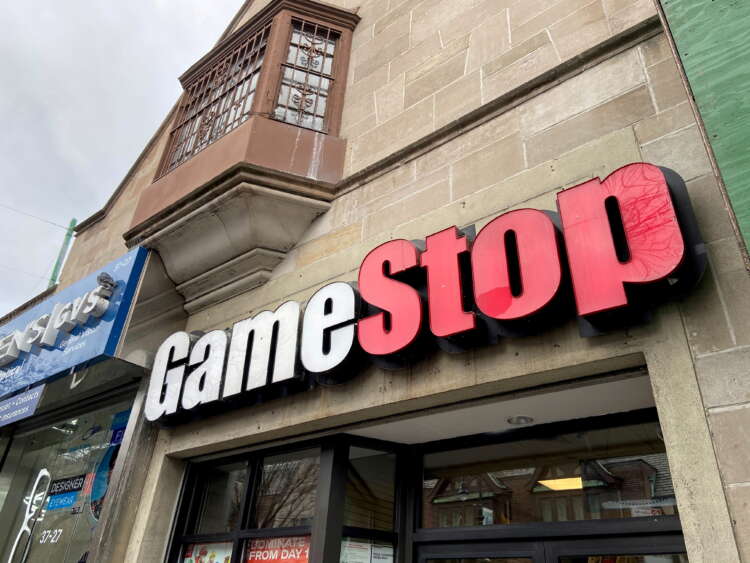 Traders are pricing a 14% swing for GameStop’s shares by Friday, according to pricing in options expiring at the end of the week. By comparison, the video game retailer’s shares have moved about 30% on the day after each of its last two earnings reports.

One reason for the toned-down moves may be that the company’s shares – which stand at around $200 compared with around $16 in early January – may be growing less attractive to investors looking to get in on cheaper stocks in the hopes of catching a big rally, said Henry Schwartz, head of product intelligence at Cboe.

“GameStop has been eclipsed by a lot of other names,” Schwartz said.

GameStop is up about 950% for the year and down 8% so far this quarter. The stock’s 1-month average daily options trading volume is at about 111,000 contracts, down from about 820,000 contracts in early February, according to Trade Alert data. Similarly, the stock’s 1-month average daily volume is at 3.3 million shares, down from about 77 million shares in early February.

The Grapevine, Texas-based company is expected to post a rise in second-quarter revenue on Wednesday as its brick-and mortar business is slowly recovering.

With the company pushing for e-commerce growth, investors will also look for comments regarding its future plans. Hardcore proponents of the stock on forums such as Reddit’s WallStreetBets have famously pledged to hold its shares until they go “to the moon.”

Indeed, a look at implied volatility – an options-based measure of how much traders expect a stock to move – suggests that some are betting on the shares to snap a four-quarter streak of post-earnings declines.

“The marketplace is willing to pay up for the calls in the near-term cycle,” said Brian Overby, senior options analyst at Ally Invest.