WILL THE UK TURN BULGARIAN ON 1ST JANUARY 2014? 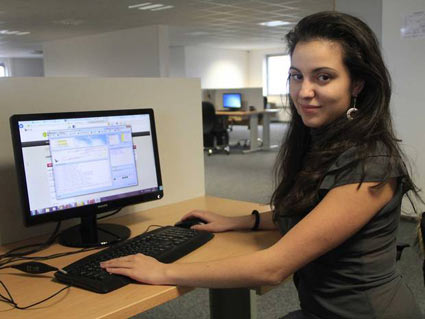 To read the current media furore about the influx of Bulgarians to the UK you would be forgiven for thinking that Bulgaria is empty. “100 Romanians and Bulgarians take a job in Britain every day, official figures show”, declares the Daily Mail.

“First the Romanians NOW the Bulgarians: New research shows new wave of immigrants” warns the Daily Express. The more sober Telegraph points to data from the Office for National Statistics showing that immigration form Romania and Bulgaria is up by 35% year-on-year.

Indeed, there are more Bulgarians in the UK than there were a year ago. They are entering in advance of 1st January when the temporary controls on the right of Bulgarians and Romanians to work in the UK, which were agreed in 2007, will come to an end.

Does this mean, as some would have us believe, that the entire 29 million populations of Bulgaria and Romania will descend on the UK either stealing jobs from the British, or refusing to work and claiming benefits instead?

“Who wants to work in rainy London?”

To the 600 or so employees at 60K, a contact centre in Sofia, Bulgaria’s capital, the notion is laughable. “Why would we want to go and work in the UK?” asks Ivan Ivanov, the Chief Operating Officer. “In the UK contact centre jobs are low pay and low status; our agents at 60K earn twice much as their peers working in banks, and a contact centre job is the one everyone wants when they leave university.”

Those indoctrinated by the UK’s media might be surprised to learn that there are universities in Bulgaria. Yet, 60K’s employees almost all have post-graduate degrees and one of the reasons why clients such as Thomas Cook, BEUnlimited/Sky, Seatwave and Zumba have been entrusted their customer service to 60K is because of the high technical expertise of its young, enthusiastic workforce.

Others are attracted by the multilingual skills – walk around the eight-storey office block that stands shimmering in glass and steel near to Sofia’s airport and you will hear 27 languages spoken. You will see the Vitosha mountain range in the distance – in the winter you might leave work on a Friday and spend the weekend skiing in those mountains. In the summer you might head south and in a couple of hours find yourself on a beach in Greece.

It is easy to see why Ivanov is so incredulous that anyone would want to go and work in the UK. “I have friends who have done it. They found everything cost so much that their standard of living was so much lower, and it rained all the time!”

He goes on to point out that since its inception in 2008 60K has in fact hired many people from the UK and other established members of the European Union. “They come here because they know they can do an interesting job, live in a city centre flat, even eat out every night, pay a flat 10% rate of income tax, and save money,” he says.

They are not alone. There are nearly 60,000 foreigners living in Bulgaria, of which around 7,000 are from the UK. For centuries Bulgaria has been Europe’s melting pot of cultures and languages – a fact most vividly expressed in the capital, Sofia, in the celebrated Square of Tolerance where a mosque, a synagogue, a Catholic cathedral, and an orthodox church all co-existing peacefully just 300 metres apart – and this is still the case as more and people from across the EU choose to settle there.

One of them is Jon Gladwish, CEO of 60K. He has no regrets about abandoning Britain for Bulgaria. “This is a country on the up,” he says. “There is a real can-do attitude, and people are seeing their lives improve day by day. The average age of people who work at our company is 22. These are not people who want to go to the UK to claim benefits.”

Indeed, while Bulgaria has been a member of the European Union since 2007, it has been part of Europe for centuries. Bulgarians will be too polite to point it out to English visitors but in 5,000 BC while Britons were still scratching around in peaty bogs, Bulgaria was home to a sophisticated civilisation producing some of the first ever pottery and jewellery.

The British media may be keen to demonise Bulgarian migrants coming to their shores for a better life, but the reality of today’s global economy is that labour flows ever more freely across borders producing economic benefits and wider opportunities. By 1st January 2014 Bulgaria will be far from empty.