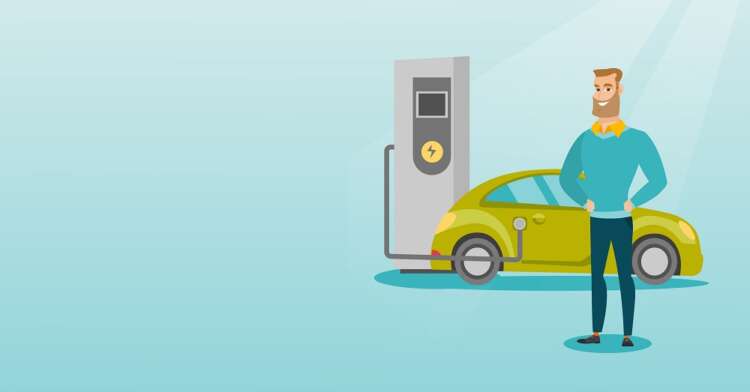 Undoubtedly, technology is the biggest innovation lever. Bitcoin’s inception caused an immense impact on the financial scene, proving it’s possible to create a decentralized financial system without centralized control. Imagine being able to mine ETH with your electric car while the Ethereum calculator will help with the next crypto winter, that’d be sweet. Calculate ethereum prices here.

Subsequently, the rise of Ethereum opened a gateway of new possibilities, especially new creations such as smart-contract technology and DeFi. Yet, the controversy around mining and ecology is polarizing the debate and incentivizing companies to seek eco-friendly solutions to address the issue.

In this article, you will discover how it will be possible to mine cryptocurrency with the help of electric cars.

Cryptocurrency mining is one of the key elements that permit cryptocurrencies to work as a peer-to-peer (p2p) decentralized network without relying on a third-party central authority.

Basically, mining is a process in which transactions between users are verified and added into the blockchain public ledger. Also, it’s a process used to introduce new coins into their existing circulating supply. However, it’d be good if one could mine coins like LTC because when the Litecoin price raises, it always proves to be a good investment.

For example, in a blockchain network based on pow (proof of work), mining requires a ton of electricity and computing power, whereas, in a pos (proof of stake) network, the mechanism for validating and adding a new block to the ecosystem is a bit different.

In a pow network, miners are required to solve a complex mathematical puzzle to verify the legitimacy of the network’s transactions. Hence, while the miner must work hard to solve the puzzle, it must be easier for the network to check transactions.

In PoS, the creator of a new block is chosen from a pool of users that have staked a certain amount of cryptocurrency, which means no puzzle to solve nor a reward for doing so.

Instead, miners receive a fee for every transaction and since no one is competing to mine a block, there are no massive energy requirements.

Tesla Elon Musk caused an upheaval in the crypto scene when he announced his company would not be accepting bitcoins as means of payment for their vehicles. The news shocked many crypto enthusiasts, especially as musk was seen as a type of institutional “patron” of cryptocurrencies.

However, a competitor company took a step further and announced it is creating an electric vehicle with properties that allow users to mine cryptocurrencies. The announcement was made by Daymak, a Canadian manufacturer of electric vehicles.

According to Aldo Baiocchi, Daymak’s CEO, the company started in his garage 20 years ago. Initially, the company produced scooters and e-bikes, despite the fact they were still not legal in Canada.

In 2011, the Canadian government passed new laws with a more comprehensive approach to e-bikes, which boosted the company’s confidence and profitability.

Currently, Daymak is the country’s largest distributor of light electric vehicles in Canada, including corporate clients that include BestBuy, Walmart, and more than 150 dealers spread around the world.

Awaited to hit the market in 2023, Daymak’s Spiritus will be a three-wheeled two-seated electric vehicle equipped with a unique technology called “Nebula Miner.”

According to the company’s CEO, this set of mechanisms will allow users to mine cryptocurrencies, such as bitcoin and dogecoin, whenever the vehicle is charging – whether on a wireless charging base or connected to a power station.

In Baiocchi’s words, the nebula miner will help their owners to make money while their cars are parked. In this context, mining will be possible due to a connection between the vehicle and a blockchain network.

The cryptocurrencies obtained by drivers will be stored and transacted by Nebula Wallet, a digital wallet also launched by the Canadian company. In the pre-sale phase, the manufacturer is accepting payments in cryptocurrencies, including Dogecoin, Ethereum, Bitcoin, and Cardano.

While the public is still waiting to evaluate the actual impact of Daymak’s Spiritus in the real-world environment, it’s safe to affirm that the materialization of the idea itself is a revolutionary act.

A decade ago, it would be impossible to think about the existence of more than 6,000 cryptocurrencies, as well as an entire universe of different platforms, products, and services built around the existence of digital assets.

Still, with the appreciation of the Ethereum price and the huge anticipation around the network’s layer-2 adaptation, a vehicle with a crypto mining mechanism for pow-based networks only may need a subsequent pos-based version.