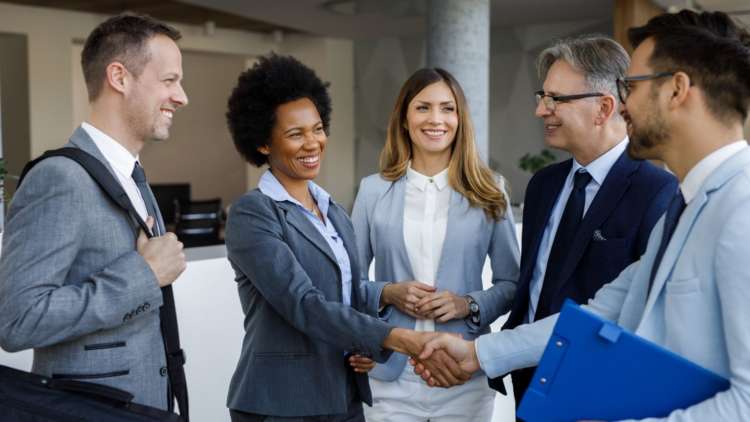 By Stuart Hearn, CEO and founder of Clear Review, the leader in performance management

It feels like there’s been almost continual talk of the new world of work, and what the future of employment will look like, since the first day of lockdown. It’s true that it was a huge upheaval for many organisations that previously had been resistant to all but the most traditional working environments – nine to five, in a fixed office, with company-issued IT.

That said, the pandemic and its restrictions did not actually introduce a new way of working; they merely accelerated it, on a scale and at a pace no one could have foreseen.

So, in many ways it is less that there has been a change, and more that the change has happened so quickly. Had it continued gradually, then we would have seen more businesses, and managers, adapt slowly to the concept of remote teams as the norm, with all that it entails.

As it is, many leaders have been left with having to recalibrate their approach to feedback and management, while still dealing with the spectre of the pandemic and its threat to business continuity. In the early months, it was perhaps acceptable to allow certain elements of management, such as employee appraisals, to slip. Now, as what was once new becomes normal, this has to be addressed. Why? Because at a time when revenue streams are crumbling, engaged employees are critical in delivering results – one study found that ​“high­ly engaged teams show 21% greater prof­itabil­i­ty”.

Employers are therefore having to balance keeping employees engaged with a number of realities which are rapidly changing what we thought the future of work would be.

Firstly, there is remote working. Rolling lockdowns and local restrictions are going to be a short-term constant. Some employees have embraced it; others will feel more removed and under greater stress. It will be up to leaders to identify and address these polar opposites within their own teams.

Secondly, employers need to realise the impact technology, and in particular artificial intelligence, is going to have. Those businesses that were more digitally mature fared better in the early stages of lockdown; as everyone races to complete their own digitisation, employees are going to be faced with a continuous cycle of change. What’s more, while the process of transformation has never been this fast, it will also never be this slow again. That is a bewildering concept, and one that managers need to factor in when handling employees.

It all points to one undeniable – that the employer-employee contract is irrevocably changing.

What do we mean by the employer-employee contract? This is not the terms of employment; rather it is the mutual understanding that the employee will perform tasks as designated by the employer, at a set place, for a set amount of time, in return for renumeration and adequate support. The support might be the right equipment; it could, and should, include development, whether that’s with formal and informal training, progression plans or ongoing review programmes.

That all worked fine when everyone was in the same office, at the same time, every day. Now that isn’t the case, the old ways of managing, of supporting employees and of helping them develop don’t work. Added to this is the rapid pace of change previously covered and it is quite simple – using what worked in the past will not work in the future.

What employers, and more specifically managers and leaders, need to do is actively change the way they support their teams. The informal chats in the kitchen or between meetings no longer exist, so the monthly one-to-ones are suddenly too far apart to get a true sense of how employees are doing, both in terms of their performance and how they are feeling.

As part of this, there needs to be a change in the focus, away from what employees are doing and towards what they are producing – so from inputs (such as being ‘in work’ at a certain time and for a set number of hours) to outputs. It is a shift towards a more continuous cycle of review and feedback, and it is two way – rather than having a set meeting, both employer and employee are sharing outputs, progress and feedback constantly. In doing so, employees can start to be measured on how they are contributing to the performance of the business, and their training and development tailored accordingly.

As the way we work has changed, so our relationship with work, in the form of the employer-employee contract, is changing too. As businesses set themselves up for an uncertain future, they need to reassess and realign how their employees are working, and tailor the way workforces are managed and supported accordingly. It is the only way employers will be able to retain and develop their teams to handle whatever comes next.

What is the Job Support Scheme, and how does it work?