Why investors must not overlook emerging markets 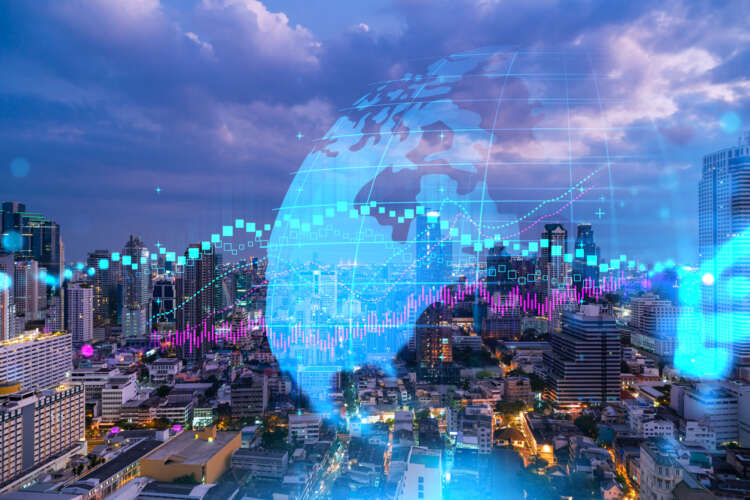 Just over a month ago, the UK government announced it would enshrine in law ‘the world’s most ambitious climate change target’ to cut emissions by 78% by 2035 compared to 1990 levels. The Bonn Climate Change Conference, taking place from 6-16th June, will bring together a multitude of political leaders, non-state actors, activists and other stakeholders to prepare for COP27, where new commitments will undoubtedly be made.

As the EU, US and other developed economies take action to achieve carbon neutrality, it is easy to get caught up in the bells and whistles of these ambitious emissions reduction targets. Yet in the race to net-zero, we must not forget that the global energy transition will only be successful if it is carried out in a holistic manner, leaving no nation, or sector, behind. This means that alongside developed countries, a transition in emerging and developing economies is essential.

Not only are emerging markets set to be disproportionately affected by rising global mean temperatures, but emissions from these economies are on track to grow by 5 billion tonnes over the next two decades. Overlooking how developing economies are dealing with climate goals would therefore render much of the work to cut emissions elsewhere fruitless.

Standard Chartered predicts that emerging markets will require nearly $95 trillion to transition to net-zero. However, only 20% of global investment in clean energy is directed towards emerging and developing markets, despite these countries’ growing importance in the global fight against climate change. To put this in context, the world’s top 300 investment firms have only 2%, 3% and 5% of their investments in the Middle East, Africa and South America respectively.

This shortfall in investment exists for a number of reasons. First and foremost, emerging markets are associated with governance and macroeconomic concerns that have a significant impact on credit risk, and are not easily balanced out by a company’s environmental considerations, which traditionally have a low impact on credit scores.

The COVID-19 pandemic and resulting uncertainty compounded this problem, with clean energy investment in emerging and developing economies declining by 8 percent over the course of 2020. The issue has been exacerbated even further by the geopolitical turmoil caused by the war in Ukraine, which prompted investors to withdraw $9.3 billion from emerging markets in March.

Most ESG rating providers only cover larger enterprises, often with a focus on developed economies due to limited resources and problems with scalability, and this will intensify even further now in the current environment. But this is a massive black hole in information that puts the possibility of a holistic and inclusive energy transition at great risk. The lack of accessible data and ESG ratings for companies in developing economies greatly reduces the attractiveness of emerging market stocks to green investors, who simply don’t have the necessary information to take on the risk and volatility related to them.

The trouble with the current gap in financing is that while the green transition accelerates in developed economies, emerging markets will be left even further behind, being forced to rely on fossil fuels to generate revenue which will only harm the global economy in the long run. Moreover, developed countries are largely responsible for the climate crisis, and owe their help to those in the earlier stages of economic development.

In light of this, there must be a concerted effort to find ways to facilitate increased engagement from developed economies with the green economy of emerging ones. Climate Action is, in fact, being addressed by 55% of companies in emerging markets, compared with 43% of companies in more advanced economies, according to a report by fintech All Street SEVVA. This challenges the commonly held assumption that companies in rich countries are leading the way in addressing ESG issues, and suggests that investment in emerging markets could see significant gains over the long term. Companies in emerging markets have the opportunity to grow into the green transition organically and are producing many of the technologies and innovations that are needed for net-zero.

At a high level, policy makers therefore need to accelerate the process of creating harmonised international ESG standards, which can be applied across both developed and developing economies, and accepted as a framework for assessing a company’s ESG credentials and progress. Innovators, in the form of fintechs, also have a major role to play. Not only can they provide pathways for cash flows in markets that lack developed financial infrastructure, but can also help give investors access to the data they need to make informed investment decisions in emerging markets.

It is understandably much harder for investors to assess the ESG or non-financial risks associated with companies in emerging markets. Yet this sizeable information gap where emerging and developing markets are concerned must be addressed in order to clear the way for increased access to green finance for these companies and, ultimately, meet global net-zero goals.

Pound rebounds but headwinds blow ahead of BoE decision