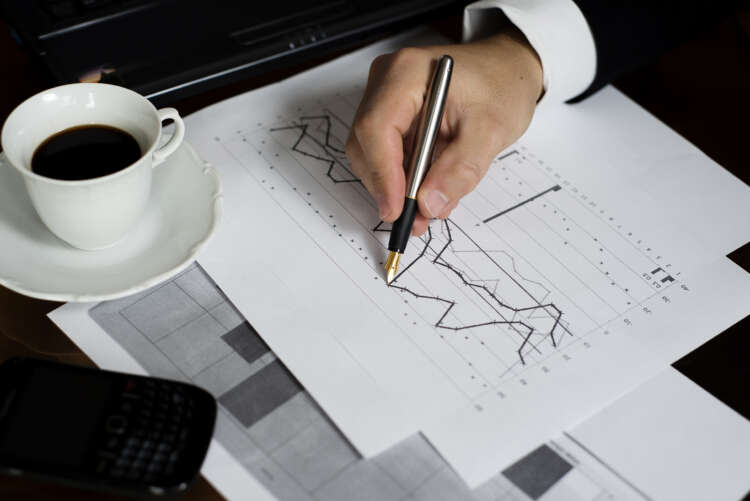 The federal funds rate is the interest rate at which US banks and other depository institutions, like credit unions, borrow money from each other to meet the reserve requirement.  From time to time, the Fed increases or reduces interest rates to promote economic stability. The decision to raise or lower interest rates is taken by The Federal Open Market Committee (FOMC), which meets eight times a year.

Why the Fed Increases or Reduces the Interest Rates?

It’s the Fed’s job to keep the prices of goods stable and create labor-market conditions that promote high employment rates. To achieve these goals, the Fed changes interest rates to either stimulate the economy or put the brakes on it, depending on the local and global economic conditions.

If the economy is not performing as well as it should, the Fed lowers interest rates. This helps give the economy a boost, as borrowing money becomes cheaper. With home loans, auto loans, and other loans becoming less costly, people tend to borrow more. And when people have more money, they naturally spend more, which is good for the economy.

When the Fed cuts interest rates, investors tend to park their money in foreign assets and sell dollar-dominated assets. This tends to decrease the dollar’s relative value, which can be a good thing in the short term. A weak dollar makes foreign goods costlier. As a result, Americans purchase more American-made goods. An increase in the demand for domestically-made products spurs the economy further since it creates more employment opportunities and keeps wages in check.

Also, when the interest rates are low, it’s not only people who borrow more; businesses do the same. Low-interest rates make it cheaper for companies to borrow money from commercial banks, invest funds, and create jobs. All of this, as you may guess, augurs well for the US economy.

For example, when the coronavirus pandemic broke out and battered the US economy in March 2020, the Fed reduced the interest rate to nearly 0%. Since then the interest rate has been in the range of 0.00% – 0.25%. And if the recent Fed commentary is any indication, interest rates are likely to remain unchanged in the near future as well.

But if lower interest rates boost economic growth and employment, why doesn’t the Fed keep the rates low all the time?

Too much of anything is bad — including the federal funds rate. Interest rates and inflation tend to be inversely correlated, meaning when interest rates are low, inflation increases. A higher inflation rate, in turn, is not good news for the economy.

When the demand for a particular product is greater than its supply, its price goes up. When that happens, the demand takes a hit. Consequently, production will go down — and so would unemployment eventually.

However, increased interest rates can cause a reversal in the flow of investment as well, since a strengthening US dollar has more purchasing power abroad. Americans can ride on a strong dollar to invest funds in foreign businesses and buy foreign goods. This doesn’t bode well for American-based companies, who must up the ante to compete. Otherwise, unemployment rates will go up, and domestic economic growth will plummet. Furthermore, exports of goods may fall as well, since a strengthened dollar makes goods made in America costlier elsewhere.

The long and short of this is that the Fed doesn’t change interest rates arbitrarily. It raises or lowers interest rates, depending on the prevailing economic conditions.