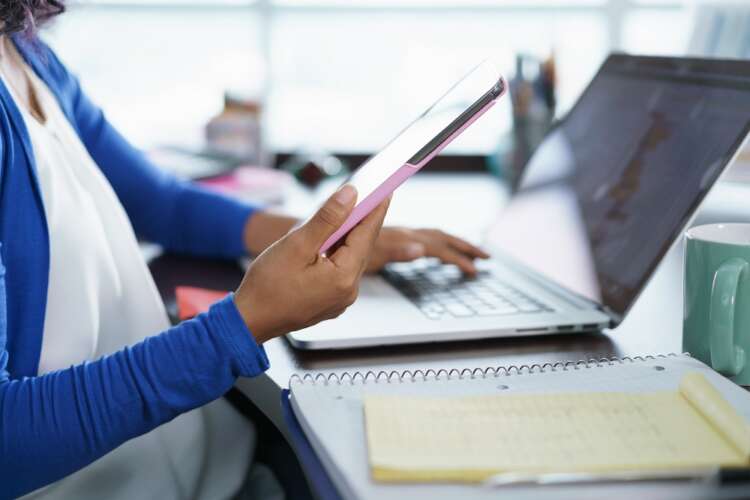 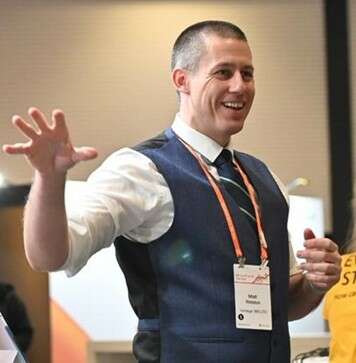 By Matt Weston, the founder and managing director of Vantage 365

Over the past two years, the pandemic has forced many businesses to rely far more heavily on technology than ever before, as lockdown and other restrictive measures caused persistent disruption to day-to-day operations.

With most employees working from home, thousands of companies were dependent on technology to keep teams connected, both to each other and clients, as well as to mitigate the impact on productivity and growth.

Now that all legal limits on social contact have been removed in England, and much of the adult population has been vaccinated, many firms are making a gradual return to the office in a bid to bring some semblance of normality back to working life.

However, it would be short sighted for businesses to abandon the new uses for technology that they have adopted during the pandemic without properly considering how retaining them on a more long-term basis could greatly benefit them in the future.

Though COVID restrictions meant many employees did not work alongside one another face-to-face for much of 2020 and 2021, the abundance of available communication platforms online, such as Microsoft Teams and Slack, provided firms with a strong, temporary compromise.

Not only did these tools allow staff members to stay in regular contact with their colleagues, but they also helped to promote collaboration and creativity, despite teams not being able to gather in the same, physical spaces.

In the piece, Milanian discusses research conducted by Ribbon, which found that the number of small and medium-sized enterprises [SMEs] that either plan to deploy or are already deploying Microsoft Teams within the next two years had risen by 103% in the wake of the pandemic.

This massive increase shows how effective using such tools has proven for a large number of firms during a challenging period for communications. What’s more, the level of investment in technology suggests that it will play a pivotal role in many firms’ day-to-day operations moving forward.

In this sense, retaining these tools should be seen as a potential opportunity to gain an edge on competitors who do not plan to use them in future and are therefore at a greater risk of falling behind in terms of both productivity and growth.

Prior to the pandemic, many organisations were hesitant about switching to a remote working model and the threats that such a move could pose to team collaboration and productivity.

However, the majority of firms for which remote working was at least a possibility were forced to adopt this approach during lockdown periods and, despite widespread concerns from business leaders, the experiment appeared to defy expectations.

In fact, several studies published in recent months show that productivity while working remotely from home was actually better than working in an office setting in many cases, with a survey by Apollo Technical concluding that those who work from home spend 10 minutes less per day being unproductive, work one more day a week on average, and are 47% more productive.

However, in order for the same level of collaboration that is found in the office to be achieved in a remote setting, businesses had to ensure that the necessary tools were in place to make the sudden change a seamless one for workers.

The likes of Microsoft 365 were highly effective in this, providing teams with a central, online location in which they could share files, co-author and edit documents, and stay on top of workflows, very much in a similar way to how they might do in their usual workplace.

With flexible working expected to become a normal aspect of modern working life in the long term, businesses should consider how employing online file hosting and sharing tools as a key part of their model could help to boost collaboration among teams dividing their time between the office and home.

It is understandable though that business leaders will be concerned about how they can keep those workers who are working away from the office engaged with what is happening within it.

Many companies consider staff culture to be a crucial factor to their success, and naturally will want employees to feel happy and involved in their work.

Teleconferencing tools like Zoom played a vital part in keeping employees engaged with work and their team more generally throughout lockdown, and were used not only for meetings – both internally and with clients – but also for team socials and virtual coffee breaks.

In order to maintain company culture and morale through the transition to a hybrid working model, companies should consider how continuing to use teleconferencing tools could ensure that home workers are not disadvantaged by missing out on crucial team building and cohesion that is more commonly associated with the office.

It is vital that organisations take heed of the lessons they have learned throughout – including how harnessing technology can help them to stay connected and focused on their goals – so as to avoid experiencing significant problems caused by any future disruption.

While we hope that the worst has now passed, what is clear is that the business world has been forever changed by the events of the past two years, and those companies who fail to recognise this will likely find themselves trailing behind in the long run.

Businesses should therefore think long and hard about which technologies they can carry into the future that might affect this level of disruption from impacting operations to such an extent again.

Biggest Business Trends for 2022: Everyone Must Be Ready

How to Navigate Regulations When Doing Business Overseas