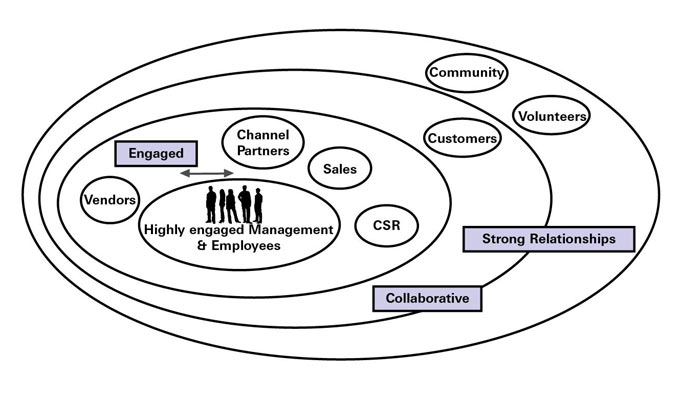 Financial firms and retail banking across the globe have been through a torrid time in recent years, but rather than breast-beating and saying sorry yet again, surely it is time for senior banking executives to put things right? The problem is where to start. Trust in financial brands has never been so low. 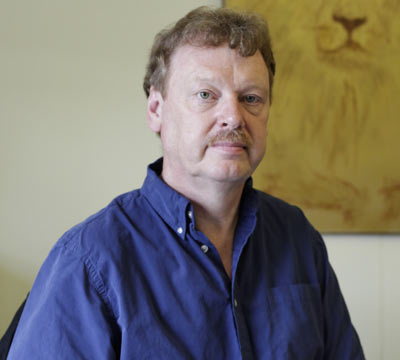 In a recent CFA Institute global study of over 2,000 high net worth investors, just over half ‘trusted’ their financial advisers to do the right thing, despite market upheavals and scandals. But the results were patchy. In the UK, for example, only seven per cent did. There has been a catastrophic collapse in consumer confidence in the financial sector and financial analysts know all about the effect of diffidence in any marketplace. But what has brand and brand engagement got to do with the job of rebuilding trust?

Contrary to what most non-marketing VPs believe, rebuilding the brand is not about more mea culpa advertising, sponsoring African village projects or reducing fees. When you damage the brand, you lose the trust of your customers and it is not easy to rebuild that trust with paid-for promotion because almost everyone in the developed world knows that promotion is only a function of money and its sincerity is routinely discounted. Anyone on Facebook or Twitter will tell you that.

So, if you cannot get back to where you were with promotional messages, what can you do? You could do worse than start with your employees, your distribution chain and your advocates. In other words, it is not a question of just redefining your public image. It is all about regaining the trust of your staff first. Because without their renewed belief in what financial services have to offer, the consumers stand no chance of getting the message, no matter what the ads say.
LV=: a case study in back to basics

In 2006 traditional general insurer LV= recorded a significant loss which was put down to an ivory tower management mentality and employees who were simply doing their hours. A new management team was brought in to rebuild the business. But instead of simply cutting costs and tweaking commissions, it surveyed its 4,000 staff about ‘engagement’ and how internal processes might be improved to better serve their customers. As a result, a series of direct ‘people’ initiatives were undertaken which had the result of raising engagement levels across the business from a below sector average of 64% to a market-leading 83%. Motor insurance policy sales improved by 327% over the period and so did the overall bottom line. The management team freely admitted that without addressing the people issues of trust and engagement the commercial results would not have been possible.

Barclays Bank tackles values and vision
Only last year the incoming Group Chief Executive of Barclays Bank undertook a similar ‘people’ initiative by brainstorming and promoting a new vision or ‘purpose’ as he renamed it helping people achieve their ambitions…in the right way.

In news broadcasts at the time, the new values of respect, integrity, service, excellence and stewardship were prominently displayed on camera behind him as he apologised for the various mis-selling scandals and vowed to put things right. It was clear that the bank had listened to its customers and started the fight back with its own employees as the base for rebuilding trust rather than slick, marketing messages.

Engagement is not just about employees
But it would be a mistake to think that revisiting values is just an HR thing that can be done in isolation while the rest of the business carries on as normal. Consumers and business customers can spot a turkey a mile away. True engagement starts to bite when all the other players in the chain, your intermediaries, your distributors, your advocates, your commercial ambassadors, your charity partners all ‘get it’ at the same time. The model of everyone singing from the same hymn sheet is neatly summarised in this diagram from the US organisation The Enterprise Engagement Alliance which represents all those advisers and consultants trying to spread the message that authentic engagement is what counts. In this diagram you can see how the holy grail of complete engagement means having active plans to communicate with all your audiences so they get the same values, wherever they interact with the organisation.

But does it work?
At some stage somebody, somewhere will say that’s all very well but you need to prove that engaging with your employees and wider business partners actually makes a difference. If it’s numbers you want, here goes…

The evidence is so overwhelming that in October 2013, the Enterprise Engagement Alliance launched the EEA Good Company Stock Index (GCSI) to highlight the performance of engaged organisations and so encourage investors to look for this measure when deciding which stocks to support in their portfolios.

It seems obvious that when you’re nice to people, they are usually nice back. But for that to translate into the commercial world and become a trackable fact has taken a long time to get through. Perhaps as brands (trust) are rebuilt in the financial sector, those who set the values and vision will take note of the direct correlation between engagement and commercial success. To be successful, you could start by being nice to those who do the work for you, because the rest simply follows on.

IN BANKING? THEN IT’S TIME TO LEAP OVER THE GENERATION GAP

PR: A LEGAL APPROACH – IMPORTANCE OF SUCCESSFUL COMMUNICATIONS IN THE MODERN LEGAL MARKETPLACE