What is Facebook’s metaverse and how will it affect advertisers? 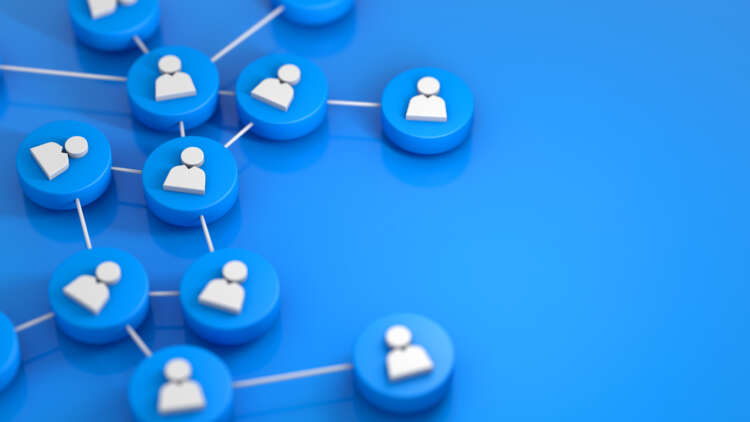 By Stewart Boutcher, CTO and Data Lead at Beacon

Facebook, Inc.’s recent announcement that it has rebranded as Meta has certainly created ripples throughout the advertising and digital marketing world.

In addition to the name change, Facebook CEO Mark Zuckerberg also revealed during the announcement that the social media giant would be becoming a ‘metaverse’ company’, which has understandably left many scratching their heads as to what this means exactly – especially those who use the likes of Facebook and Instagram for advertising purposes.

As the implications of Meta and its metaverse go far beyond a mere rebranding, it is crucial that advertisers understand what changes the announcement will bring, and what impact it is likely to have on their marketing efforts.

While ‘Meta’ has its roots in the classics – the word being Greek for ‘beyond’ or after’ – the phrase ‘metaverse’ was first coined by Neal Stephenson in his 1992 science-fiction novel Snow Crash, in which people use digital avatars of themselves to explore online realms.

Wikipedia defines the metaverse as a collective virtual shared space, created by the convergence of virtually enhanced physical reality and physically persistent virtual space, including the sum of all virtual worlds, augmented reality [AR], and the internet.

Typically, the term is used to describe the concept of a future iteration of the internet, made up of persistent, shared, 3D virtual spaces linked into a perceived virtual universe.

In his announcement of Facebook’s Meta, Zuckerberg explained that ‘the defining quality of the metaverse will be a feeling of presence – like you are right there with another person in another place’, adding that ‘feeling truly present with another person is the ultimate dream of social technology’.

With his own take on the metaverse, Zuckerberg aims to create a space in which ‘you’ll be able to do almost anything you can imagine’, such as ‘get together with friends and family, work, learn, play, shop, create – as well as [create] completely new experiences that don’t really fit how we think about computers or phones today’.

To achieve this bold vision of what the metaverse could be, Facebook is planning to hire 10,000 people in Europe, with Zuckerberg suggesting that it has the potential to help unlock access to new creative, social and economic opportunities.

Because Facebook’s reputation has been damaged by a string of recent scandals, including whistleblower Frances Haugen’s revelation that internal research by the company had found that Instagram was affecting the mental health of teenagers, many think the announcement has been designed to re-establish its reputation, but only time will tell whether this will be an effective move.

What is changing with Facebook’s advertising?

In the wake of the announcement, Zuckerberg has been keen to point out that the change does not apply to the individual platforms, such as Facebook, Instagram and WhatsApp – only to the parent company that owns them.

At the moment, there’s not a great deal of change, given that the metaverse space is still in development.

However, preparing for the future and having a team ready to jump into the metaverse as soon as they can is certainly a good idea for advertisers, and it’s been proven time and again that brands who engage with new platforms first and start experimenting with content usually end up being rewarded for it.

For example, Meta has set aside $150 million to train the next generation of creators to build immersive learning content, and they are also creating a professional curriculum and certification process to make it easier to monetise.

The company is launching certifications and putting money into training resources, so it pays to make sure your team has the knowledge and skills to take advantage as soon as possible.

Brands already looking into both AR and Virtual Reality [VR] will be in a much better place to become involved in the Metaverse than those that haven’t started.

Meta is removing options for targeted ads based on sensitive information

In one of its first major moves since rebranding as Meta, the company plans to remove options to target audiences based on how people reference causes, organisations or public figures.

Meta said it will no longer let advertisers buy targeted ads for users based on sensitive information such as race, political affiliation, sexual orientation, religion, or health.

The changes will come into effect on January 19th 2022, and will be rolled out across all the company’s platforms – Facebook, Instagram, Messenger, and WhatsApp – as well as its network of other websites and apps that use Facebook’s ad-targeting tools.

Graham Mudd, Meta’s vice president of product marketing and ads, wrote in a blog that the company wants to ‘better match people’s evolving expectations of how advertisers may reach them on our platform’, adding that the changes were based on feedback from policymakers, civil rights experts, and others to prevent advertisers from abusing the platform.

Mudd also went on iterate that ‘the interest targeting options we are removing are not based on people’s physical characteristics or personal attributes, but instead on things like people’s interactions with content on our platform’.

No-one knows for sure what Facebook’s rebranding to Meta will mean in the future, but the idea of an interconnected metaverse is one which advertisers and digital marketers need to take seriously.

One thing is certain: those who are prepared for a virtual world will be ahead of the competition, and will be able to seamlessly move into creating metaverse marketing campaign once more is known.

Staying on top of regulations: how banks and financial services companies can use their data management to lower the cost of change