WHAT DOES TSB NEED TO DO TO CEMENT ITS PLACE ON THE HIGH-STREET? 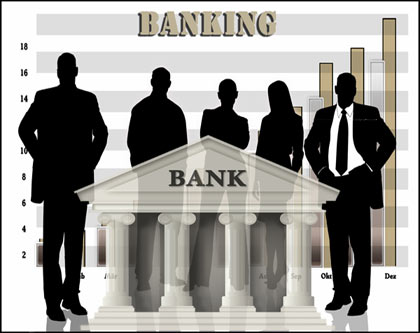 It’s not often a brand like TSB gets the chance to wipe the slate clean and start again. But the recent break-up of the Lloyds TSB partnership has provided both institutions with a rare opportunity. Especially at a time when the public are desperate for so much more from the banking industry.

Over the last 30 years, banking’s gone from being one of the most trusted UK institutions to the polar opposite. With less than one in five of us trusting the financial sector, it’s hardly surprising customers want change. With the government’s new, free, seven-day current account switching guarantee now being adopted (voluntarily it should be said), competition has intensified – giving customers more freedom to look for the best deal than ever before.

So what does the newly formed TSB bank need to do to cement its place on the high street?

Sadly (and despite an amazingly well co-ordinated branch re-badging exercise) if the way they’ve started is an indication of how they are going to carry on – it doesn’t look like they are going to make the most of the opportunity.

In the early launch period the website failed, ex-LloydsTSB customers didn’t know who they were banking with, social media reported stories of people being turned away from branches and customers had been automatically assigned to inconvenient branch locations.

But the real disappointment is the apparent emptiness behind the brand’s new proposition.

The ‘Welcome back to local banking’ positioning is compelling – especially given their ability to disassociate themselves with all that has gone wrong in recent years. And some of the launch communications to support it are enticing – the animated history is beautifully crafted. But, unless I’m missing something TSB doesn’t appear to be offering anything new. There are no new products. There are no new services.

If they’re going to succeed, surely they have to look to innovate in a way we haven’t seen since First Direct launched in 1989. They need to give us reasons to believe in ‘local banking.’

Will they really become more relevant locally than their competitors?

Will they empower branch managers to make decisions (without central approval) based on their knowledge and evaluation of a local customer?

Will they get close enough to customers to understand their real life challenges and be able to offer them real support? 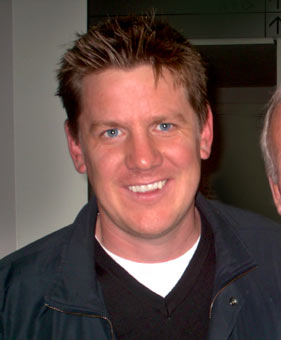 Will they live up to their promise and build local knowledge to tailor products and services that suit local people and local businesses?

Will they look at the potential lifetime value of a local customer and offer more value across a range of products?

The answers to those questions may not be apparent yet, but each could be the centrepiece of the banks efforts in the coming months and years. It would certainly help to differentiate and give us all a reason to believe in local.

And they wouldn’t have to stop there. For local businesses they could work harder than other banks to build a better understanding of a customer’s trade. And then use that knowledge to put on events or networking groups to help businesses connect with potential local customers. Surely that kind of local support would unquestionably be welcomed.
Alongside that TSB could work to build communities via local networking events – whether running or sponsoring. It’s all about giving something back. Rather than just spending huge amounts of money to sponsor high profile national sporting events, wouldn’t it be refreshing if your bank supported everyday real-life local events and institutions?

Imagine how welcome new, TSB funded, amenities for a local school would be? Or new local sporting facilities and youth clubs? Or much needed local hospital or hospice funds? Even the sponsorship of the local summer fete?

I’m certain a refreshing local approach like this, would not only work to boost customer retention rates, but also help TSB to find new customers. It would also mean customers would start referring family and friends (which can often be more beneficial than a well constructed TV ad campaign). First Direct aren’t the most recommended bank by accident.

Whatever approach TSB decide to take, what is certain is that they have the chance to start as if the economic crisis never happened, and it didn’t affect them. They have the opportunity to start the slow process of building consumer confidence in banking again. And they can use the improved economical environment to assure customers that they are on their side.

Relevancy is key. The worst thing they could do is promise local and just offer the same as everyone else under a different umbrella. For it to work, TSB need to establish a service which provides lasting value to local customers.

If they’re smart, TSB will be in a prime position to become a key, influential, new challenger on the high street. And one that’s able to move forward with a great competitive advantage behind them.

We shall wait and see.

LOOKING FOR THE BEST RETAIL BANK IN VIETNAM