Whales help create winners in the wake of MiFID II 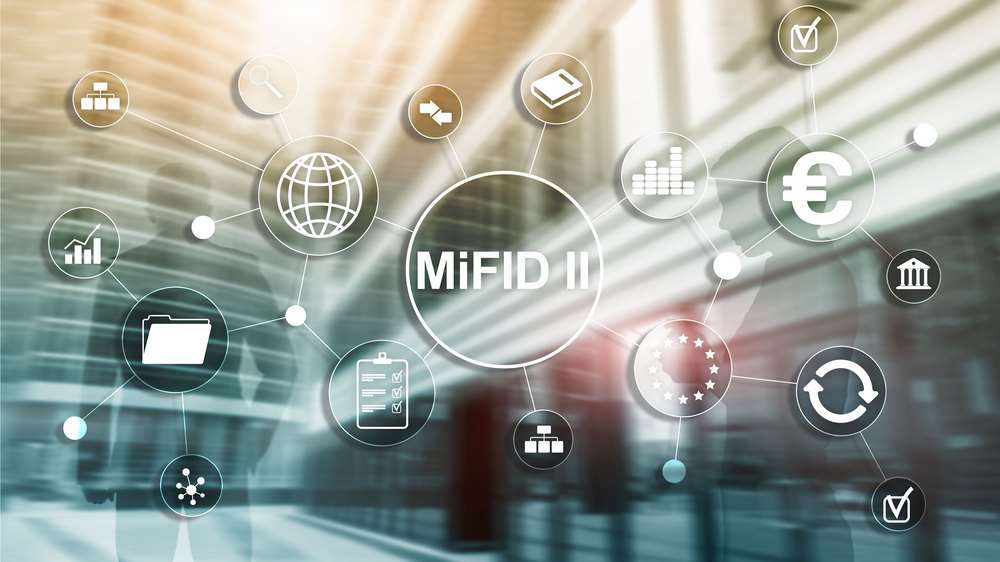 MiFID was undoubtedly brought into being for all the right reasons. There were too many casualties of the 2008 financial crisis and the European Union (EU) understandably decided it needed to act in order to better regulate financial markets. Importantly, this included a desire to provide greater protection to investors. MiFID II was a natural progression of the initial directive and came into force last year (03 January 2018); it covers nearly all assets and professions within the EU financial services sector.

However, there is increasing realisation that imperfections in the instrument – which is comprised of 7,000 pages and nearly 1.5m paragraphs of rules – may have given rise to a number of unintended side effects. Some of the most disquieting of these concern the way in which the many demands for enhanced costs transparency, record-keeping, product governance and regulatory requirements have had a debilitating impact on smaller and mid-cap brokerages, many of whom have found that they are ‘drowning’ under the added burden.

But there is a light on the horizon: the rise of the networks or so-called ‘whale‘ firms who take on the burden of compliance and regulatory adherence has thrown a lifeline to the smaller brokers.

The difficulties were foreseeable

We should not be surprised at the fallout from MiFID II. Many firms were already struggling to survive in the face of the previous regulatory regime as well as coping with escalating professional indemnity costs. Further, when the FCA recently increased the Financial Ombudsman Scheme’s compensation limit from £150,000 to £350,000, some firms saw their PI excess go up by as much as 1000%. And, as is so often the case with target-driven regulations, the workers at the coal face are hamstrung; analysts are now likely to spend as much time proving that they have met certain targets – for example, regarding the frequency of interactions with clients – as they are to be carrying out actual research.

Rather predictably, it is larger firms that have best been able to prosper in this formidable and unforgiving environment. Not only do they have greater resilience to cope with onerous regulatory demands, they also have the resources to grapple with compliance and perhaps even circumvent some aspects. Smaller firms risk being pushed to the margins while larger firms consolidate, threatening a potential monopoly of the financial advice market.

Larger firms, know full well that they are too big to collapse. Couple this with their ability to develop ‘box-ticking’ systems that allow them to be technically, if not spiritually, compliant with MiFID II, and it is clear that however well-intentioned the directive might be, it has created extremely choppy waters for the smaller advisory and family offices. Such firms do not have the resources, power or sheer size to swim freely. Instead, they must take pains to ensure that every commercial and investment decision they make is thoroughly researched and justified – particularly when larger and consolidated firms have recently become engaged in a merciless series of price wars.

Against this background, smaller firms have found that unless clients are of high net worth, they are simply not valuable enough to warrant the amount of time, energy and expertise necessary to properly advance their interests and, anecdotally at least, there seems to have been an exodus of more senior analysts from smaller brokers. As compliance demands take their toll, bonuses and commissions are shrinking, leaving many smaller firms staffed only by junior analysts.

Could this be the beginning of an inexorable tide that takes financial advice firms towards consolidation and eventual monopolisation? Recent illustrations of this trend include Rothschild buying a stake in equity research house Redburn; the 2018 merger between finnCap and Cavendish; and Shore Capital’s recent acquisition of Stockdale.

It’s worth reiterating the point made above that an unintended consequence of MiFID II has been the way it has served to widen the proverbial advice gap that first became apparent following 2013’s RDR (Retail Distribution Review). With the initial cost of production of financial advice increasing, as well as the ongoing charging, risk and transparency demands, clients with less than £50,000 represent poor value to advisers.

Simon Harrington, senior policy adviser at the Personal Investment Management & Financial Advice Association (Pimfa), recently told the Financial Conduct Authority that RDR has served only to increase client costs and widen the advice gap. He said the FCA “needed to recognise the unintended consequences of the regulatory obligations that it places on firms.” *

However, we must be careful not to throw the baby out with the bathwater: it is clear that together RDR and MiFID have served to increase the quality of financial advice; it is just that such advice is probably available to fewer clients, with advisers now somewhat forced to service only more affluent clients who can help them meet their essential running costs.

Could the ‘whales‘ help keep the smaller fish buoyant?

The important question now has to be; ‘How do we enable smaller firms not only to survive but to prosper while also offering clients a valuable and adequately regulated service?’

It seems that the answer may be a new paradigm in which larger financial ‘whale’ networks effectively carry smaller and mid-cap brokerages on their backs to prevent them from ‘drowning’ in the face of the heightened regulatory demands and transparency requirements.

By making smaller firms part of established analyst coverage and corporate access networks, whales can help them negotiate the numerous and unforgiving currents and tidal swells created by both MiFID II and RDR.

By providing outsourced compliance support amongst other important resources, a network immediately presents a solution. Other advantages of network affiliation are numerous and can include access to global products and banking services, greater licensing options, use of back office systems and highly developed CRM suites, alongside the ability to offer established DFM portfolios.

For example, Nexus Global, the only IFA network to have gained Network Membership status with The Federation of European Independent Financial Advisers (FEIFA), offers its members a full network menu including free FEIFA membership for one year. IFAs can continue operating under their own branding and style while being covered by an overarching network of support.

In practice, partnership with such whale firms means that all of compliance, payroll, report/advice checking, marketing and more can be brought under a single umbrella, giving advisers more time to interact meaningfully with their clients and, crucially, to focus on what they do best: advancing their investors’ interests.

But there are risks …

While all that sounds brilliant, the danger with the new paradigm is a familiar one: the whales may simply become too big to fail. If a firm knows its collapse can precipitate a financial crisis it may be emboldened to act recklessly and to effectively intimidate the regulator. It may even move, or at least threaten to move, jurisdiction if it does not get what it wants. Furthermore, the richer a firm becomes, the more power it has and the greater its potential legal clout. And not only can it recruit the best lawyers, it can poach inside talent from the regulators, remaining one step ahead of them in the process.

A view to the future

Greater transparency in the financial services industry is undoubtedly a positive and noble intention – for example, recent research from Thomson Reuters has already indicated that MiFID II has served to halve the practice of dark pool trading in the EU.** Yet, as MiFID II is not yet two-years-old it is still too early to say just how beneficial or complicated its long-term impact may prove to be.

Of course, Brexit adds a further layer of uncertainty. There are even suggestions that post-Brexit, the UK may water-down or abolish MiFID II altogether, but bearing in mind that the FCA was instrumental in the development of the directive, it is hard to envisage any situation in which this could happen in the near-term.

Still, given some of the unintended consequences of MiFID II it is not unreasonable to suppose that MiFID III might be around the corner. Whatever the case, advisers, like clients, must remain on their toes; those who don’t are unlikely to survive.

Right of Passage: Capitalising on Fintech in a Post-Brexit Era

How can the UK property industry prepare for Brexit?