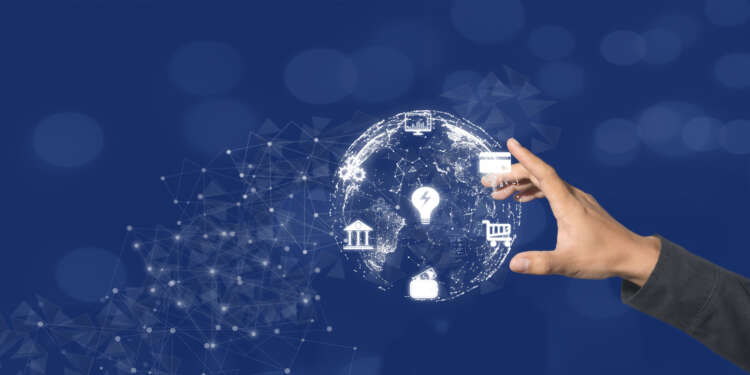 When it comes to digital change and the embrace of new technologies, Western banks are becoming increasingly forward-thinking – an attitude which they have yet to apply to their relationships with emerging markets.

This proactive approach towards (limited) change shone through in a recent speech by Pentti Hakkarainen of the European Central Bank, who was quick to point out that customer demands and pressures to increase efficiency “are leaving banks with no option but to use modern technology.”

Nevertheless, as a 2020 report from the OECD spells out, “banking is undergoing a transformation from being based in physical branches to using information technology (IT) and big data” – and Western banks are well aware that if they don’t embrace this kind of transformation, there are plenty of FinTechs and neobanks ready and willing to fill the gap.

The report goes on to note that this tech-based competition may well lead to increased risk-taking from incumbents: a change in attitude which, while encouraging, equally invites us to raise an eyebrow at the areas in which Western banks have let perceived risk dominate their actions – including their reluctance to enter emerging markets.

It’s not controversial to state that Western banks’ recent transformations are a product of evolving expectations from consumers.

As a recent report from EY noted, today’s consumer expects their entertainment delivered via a frictionless streaming service, and they expert their shopping to be conducted through a few taps on a smartphone – so, naturally, financial services are conforming to similar principles.

And, of course, incumbents are by no means in the clear when it comes to meeting those expectations – the EY report does go on to say that while incumbents are still ahead when it comes to primary financial relationships with customers, fully digital neobanks are “gaining ground” in a way that should concern the banking sector.

All the same, between potent competitive pressures on the one hand and the increasing weight of consumer expectation on the other, it’s no wonder that the likes of Kearney have found that most banks are accelerating their digital strategies – they really have no other choice.

In fact, Western banks’ new-found willingness to consider fresh technological avenues is exemplified by a particularly striking form of digital acceleration: entry into the virtual worlds of the metaverse.

Becoming a part of the extended reality

While establishing a presence in the metaverse might seem par for the course in the context of some disruptive newcomer, several big-name incumbents have been quick off the mark – in fact, they’ve literally marked their territory in some instances through the use of Decentraland, a 3D virtual space in which users can purchase plots of digital land.

Such was the widely-reported case for JPMorgan, which now boasts a metaverse “lounge” – a move made in anticipation of widespread customer adoption of this latest tech trend.

At present, of course, this lounge is just a largely empty space – but given the close links between the digital worlds of the metaverse and digital currencies, including decentralisation and the use of blockchain, and bearing in mind the growth of online transactions more broadly in recent years, there will soon be fully functional banks that operate entirely within the metaverse – with Tintra building, what we believe to be, the world’s first Web3 enabled bank.

According to a recent prediction made by Gartner, 25 per cent of people will – as soon as 2026 – spend at least an hour per day in the metaverse.

By this point, the firm anticipates that this kind of virtual reality won’t be the sole province of video games – instead, users will spend their hour or more engaging in work, education, shopping, and social interactions, highlighting the value of banks swiftly staking their claim to the metaverse and related technologies.

Even leaving aside the complexities of digital currencies and banking functions, banks will simply need to ensure they can engage with customers – and, if Gartner’s projection is correct, a portion of that engagement will need to take place in virtual locations.

While incumbents are undoubtedly making sensible moves towards digital change, it’s difficult not to make this kind of comment without a tinge of exasperation: for all their forward thinking, Western banks are more prepared to enter virtual reality than emerging market countries.

According to research from BIS, emerging markets have seen huge decreases of reliance on foreign bank credit from 2008-2018, underscoring Western banks’ lack of presence in such countries.

The reason for this kind of retreat is, as I’ve mentioned, due to perceptions of risk: as one Economist report puts it, Western banks “have shunned faraway borrowers since regulators asked for more capital to be held against exotic bets.”

Of course, the irony here is that while incumbents are reluctant to enter emerging markets, choosing instead to direct their more progressive inclinations towards digital change, emerging markets are comprised of young, tech-savvy populations who would be fully prepared to engage with digital financial products.

Just a glance at McKinsey’s Personal Finances Survey 2021 analysis is enough to solidify this claim, with the firm noting that:

“Consumer use of digital banking in Asia–Pacific has entered a stage of acceleration, fuelled largely by innovations launched in emerging markets. Nearly nine in ten consumers across the emerging and developed markets of the Asia–Pacific region use digital banking actively, and most of these are open to purchasing more banking services through digital channels.”

As such, while Western banks are wise to enter digital spaces like the metaverse, this forward-thinking approach falls short of truly taking advantage of worldwide demand for digital services.

As incumbents embrace digital change while refusing to change their attitudes towards tech-hungry markets, it remains to be seen whether or not Western banks are – as they say – missing a trick.