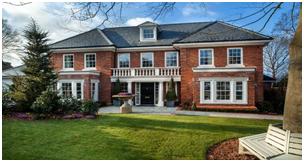 Last month, John Hills, professor of social policy at the London School of Economics, published “Wealth in the UK: Distribution, Accumulation and Policy”, which revealed that 1 in 10 households now has a net wealth of more than £967,200.

Thanks to the long housing boom, many people have become millionaires (on paper at least) without having to earn a penny. However, in order to benefit you had to be a homeowner prior to 2005 and young people who have bought expensive houses since then are likely to have enormous mortgages.

According to Experian the wealthiest postcodes in Britain included Gerrards Cross (SL9 8) in at third position, only tipped to the post by Oxshott, Surrey in second (KT22 8) and Totteridge, Hertfordshire in first place (N20 0).

Expensive leafy neighbourhoods with large detached, gated homes and fancy cars on the driveway might be the first obvious sign of wealth but in the Home Counties this is a familiar sight, so what else apart from bricks and mortar makes an area ‘wealthy’?

Indeed Experian revealed that wealth does not always go hand-in-hand with the size of your house. London’s most expensive penthouse at One Hyde Park, SW7 1 sold recently for £136 million and whilst this area boasts the priciest postcode in the UK in which to purchase property, the wealthiest area was in fact Totteridge in N20 8 where net wealth is not negatively affected by vast mortgages as most own their homes outright.

“Gerrards Cross is undoubtedly a desirable places to live and is often referred to as ‘mini Hollywood’ due to its celebrity residents who have included Cilla Black, Paul Daniels, Val Doonican, Fern Brittan and more recently a whole host of well-known footballers. People move here for a more relaxed pace of life than London and often because house prices are more affordable than Central London. 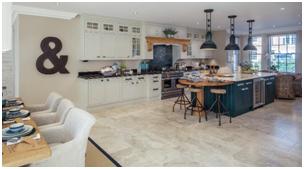 “With direct trains to London Marylebone taking as little as 18 minutes, this up-market town is a dream for many commuters. Gerrards Cross is considered very well-heeled with an aesthetically pleasing High Street boasting an array of independent retailers that sell top-notch goods, quality ladies clothing, luxury gifts and local food. If you add into the mix a choice of incredibly well regarded state and public schools, you can see why so many move from London to this picturesque small town.”

But it’s not just commuters moving to the area. Just recently a Japanese drugs company choose the business park between Gerrards Cross and Chalfont St Peter to base its new UK operation meaning that the villages will be “at the forefront of drug development in the UK” said a spokesperson from Daiichi Sankyo.

“Alderbourne Place really has been the talk of the town since we opened the Show Home with many visitors keen to see what a quality new build house is really all about. The interest and positivity from the local community has been terrific and with that has come many genuine purchasers looking to buy including upsizers, downsizers, side steppers and London leavers!” 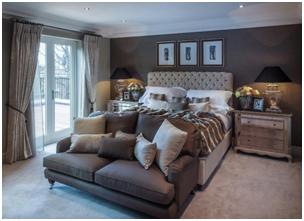 Alderbourne Place enjoys a perfect blend of seclusion and comfort which offers the best of town and country living, nestled in rolling green-belt countryside. This fabulous new development consists of 8 impressive country homes and 4 town houses reflecting meticulous attention to detail with architectural integrity, yet again setting the benchmark for building excellence.

These new homes will have an unrivalled pedigree to match their desirable location with generous accommodation finished to an outstanding specification priced from £930,000 for a town house and from £2,100,000 for a detached country house.

To ensure you don’t miss out on this exceptional opportunity to purchase a home in the third wealthiest postcode, contact the Millgate team for further information or to arrange a viewing on 0118 934 3344 or visit www.millgatehomes.co.uk