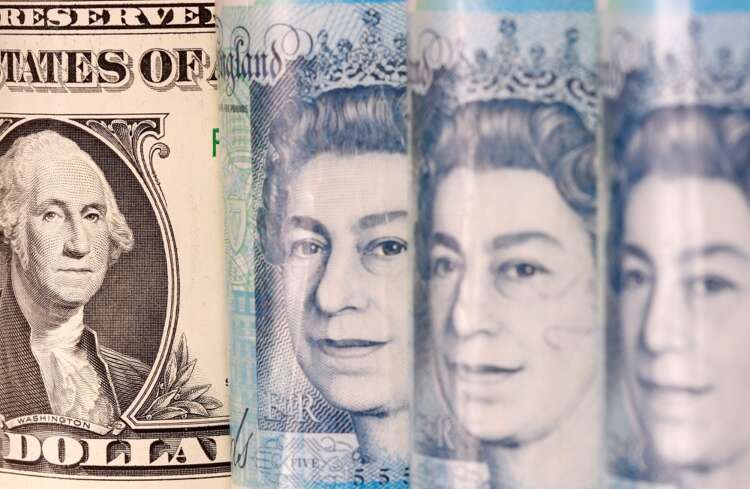 (Reuters) – Sterling fell to a fresh two-year low versus a strengthening U.S. dollar on Thursday after a slew of economic data pointed to the weakening of the economy.

Britain’s economy unexpectedly shrank 0.1% in March after a slump in car sales due to supply-chain problems.

Data also showed British employers added permanent staff last month at the weakest rate in more than a year suggesting the labour market might be cooling, according to a survey that will be noted by the Bank of England as it assesses inflation pressures.

“The dollar strength can explain some of the weakness in cable but with euro/sterling testing the water above the 0.86 level this morning, it is clear that the pound is under pressure,” said Jane Foley, head of FX at Rabobank London.

“The 0.1% month on month drop in UK March GDP highlights the loss of momentum in the economy since the start of the year as higher inflation bites.”

The Bank of England will have to push borrowing costs higher to control fast-rising inflation, but its four interest rate increases since December are having an impact on the economy, Deputy Governor Dave Ramsden told Bloomberg News.

“Hawkish remarks from Ramsden are a reminder of the stagflationary theme and have offered no respite to the battered pound,” Foley added.

Adding pressure on sterling, the dollar hit a two-decade high after U.S. inflation moderated less than markets had expected, keeping the Federal Reserve on course to tighten policy aggressively.