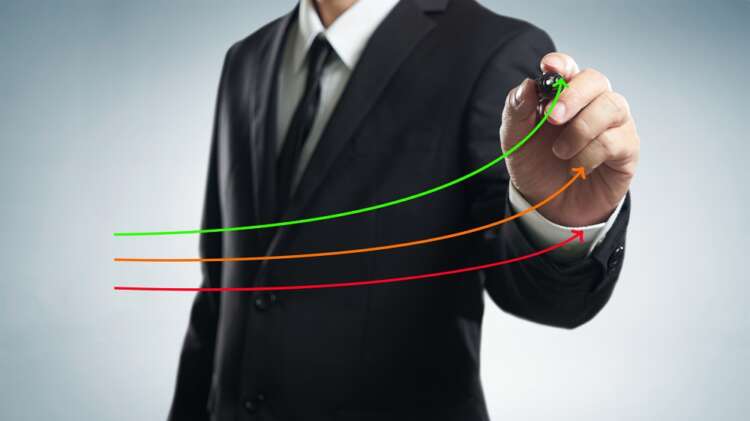 Market volatility has picked up significantly since Omicron made the headlines the week before last. US equities have seen daily moves of 1-2% most days, with gains replacing losses and losses gains, day by day.

Even so, the overall trend has been downwards. Global equities ended the week 1.1% lower in local currency terms and are now off 4.2% from their mid-November high. In sterling terms, the fall has been cushioned as the pound has weakened to $1.33.

Omicron has reawakened dormant fears that a vaccine-resistant variant might emerge. As yet, however, it is more a case of what we don’t know, rather than what we do know. While it is fairly clear that Omicron is considerably more transmissible than Delta, it is still unclear how vaccine-resistant it is and how severe the resulting infection could be.

We are unlikely to have anything approaching answers to these questions for a good couple of weeks yet – not that this will prevent every aspiring epidemiologist pontificating and no doubt causing further market volatility in the process!

If as seems quite likely (we have a budding epidemiologist here) vaccine efficacy is reduced but not eliminated and illness is no more severe, the global recovery should be dented by the wave of new restrictions but not derailed. Vaccine tweaks, along with the new anti-viral pills, should within a few months allow growth to pick up again.

The latest speculation is that Omicron might be less rather than more virulent. If so, its spread could actually end up being good rather than bad news.

Omicron is not the only big market driver at the moment. The Fed has started to scale back its massive pandemic-related stimulus and this is causing investors a few jitters. Chair Powell’s comments last week reinforced speculation that it will speed up the tapering of its QE program despite the uncertainties caused by Omicron.

Rather than end in June, the Fed’s bond purchases now look likely to finish in March. This in turn would pave the way for two or possibly three rate hikes later in the year.

The Fed has two policy objectives – stable prices and full employment – and its progress in meeting these will drive forthcoming policy changes. As regards the first, Powell has now acknowledged that the current burst of inflation can no longer be described as ‘transitory’, which had until then been the Fed’s official mantra.

As for the second, last week’s US labour market data were a mixed bag. Payrolls disappointed significantly in November, posting the weakest gain since January. However, labour force participation rose and the unemployment rate fell more than expected to 4.2%. Overall, the numbers look firm enough to allow the Fed to accelerate its tapering plans.

It is not only equities which have been buffeted recently. So too have bonds and just like last summer the moves have caught quite a few by surprise. Short-dated US Treasury yields have risen as one would expect as forecasts for rate increases have grown.

The surprise is that 10-year US Treasury yields over the last two weeks have declined as much as 0.3% to 1.3% as the Fed’s hawkish tone has eased longer term inflation worries. This is in marked contrast to the ‘taper tantrum’ of 2013, when yields rose substantially as the Fed announced its tapering plans.

We expect 10-year yields to head back up again in due course, both because the market is now looking rather complacent on inflation and because Treasuries by next spring will no longer benefit from $80bn per month of Fed purchases.

10-year UK gilt yields have also fallen considerably to 0.75% from a high of 1.25% in October. This has been on the back of the decline in Treasury yields and a scaling back of the monetary tightening forecast for the UK over the coming year. Rates were unexpectedly left unchanged in November and Omicron has now left a December hike hanging in the balance.

Christmas is fast approaching but with the Fed, ECB and MPC all meeting next week, Omicron set to remain centre-stage and geo-political tensions on the increase, markets look set to remain volatile in the run-up to the festive season.