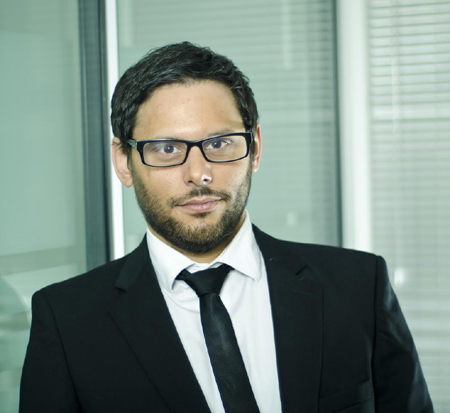 E-Commerce, as everyone knows, is a hugely and rapidly growing element of the global economy: we are used to hearing about the challenges (and possibilities) this situation is creating for industries forged in the pre-digital era.

Yet perhaps no institutions are experiencing the disruptiveness of e-commerce as both threat and opportunity with quite such intensity as international tax authorities.

In the European Union, the current annual ‘VAT gap’ (the difference between what is collectible and what is collected) is an extraordinary 168 Billion Euros. As potential annual VAT revenues related to e-commerce surge towards the €100 Billion mark (being anticipated to go way, way beyond in the next few years), EU tax authorities – still suffering the pain of austerity’s downward spiral – simply cannot afford to miss out on the new source of revenue.

Unsurprisingly, therefore, the European Commission has launched a public consultation on the topic: Modernising VAT for cross-border e-commerce (http://europa.eu/rapid/press-release_IP-15-5719_en.htm).

As part of the EU’s Digital Single Market Strategy, the Commission would like a framework in which VAT on all cross-border B2C sales of goods (distance sales) can be dealt with electronically via a company’s home tax authority web portal (rather than having to have VAT registrations throughout the EU).

But the scheme implies a common sales threshold for VAT registration across the EU. Historically, some member states have wanted no thresholds; others have called for a €100K starting point. There is a great cultural divergence about whether small companies ought to be encouraged to grow by being kept out of the indirect tax system, or be expected to act as ‘good citizens’ by immediately contributing revenue.

According to the consultation document, the new set-up will be based on and expand the Mini-One-Stop-Shop for VAT on digital services (introduced in January 2015).

Unusually for a technical VAT reform, the MOSS became an international story and the subject of a raging Twitter storm: #VATMOSS #VATMESS (http://www.telegraph.co.uk/finance/businessclub/11254829/New-EU-VAT-rules-threaten-to-kill-UK-micro-firms.html).

The primary problem was that tiny UK digital service providers (used to a VAT threshold of c. €100K) were suddenly having to VAT register in the UK in order to meet their VAT obligations in low threshold EU member states  (https://www.accountancylive.com/moss-shortfalls-compliance-eu-digital-vat-rules)!

So, it was expected that the Commission would have to work out a solution (most likely the imposition of a €100K threshold across the EU), before broadening the MOSS to take in the vastly more important (and lucrative) goods market.

However, strange and contradictory noises are now emanating from Brussels. In keeping with the consultation announcement, European Commission officials are expressing their determination to deliver a one-stop-shop, based on the MOSS, for distance sales. (Officially, the language is of the MOSS having been a success, though, in fact, non-compliance remains the norm. Indeed, It has been reported that tax officials in some member states are deliberately turning a blind eye to non-compliance; even suggesting to small firms that they ignore the new legislation!).

But it is the threshold plan that is now in complete confusion. Moving away from the €100K solution, Commission officials have briefed that only €5K, €10K, and – maximally – €20K thresholds are workable. This would cause real issues for UK businesses; and would infuriate the UK Government as it approaches the referendum. Worse still, some member states (and remember that tax decision making in the EU has to be unanimous), including Belgium and Denmark, are reportedly insisting that there be no thresholds at all! They will not tolerate companies being off the tax grid.

The e-commerce VAT project is beginning to have the appearance of a classic EU ‘tragedy of the commons’, where the supposed interests of individual member states conflict so as to completely undermine the possibility of a collective good.

And it may be that the most important member state, Germany, applies the coup de grace to the plan. A properly functioning VAT one-stop-shop requires mutual assistance on the part of member states; specifically, they must be able to audit and collect tax on each other’s behalf. But Germany, protective of its own successful institutions, and, as we also know, hyper-vigilant about the fiscal failings of its European partners, is understood to adamant in its resistance to sharing of this kind. Does Germany really want to be pursuing Greece, for example, for Germany’s own VAT?

Nevertheless, behind all the maneuvering lies a crucial question. What kind of VAT system will be fit for purpose in a digitized global economy? As I write this piece, a controversy is breaking out about the responsibility of ‘marketplace’ websites (such as Amazon and eBay) to ensure that retailers working through these sites meet their VAT obligations (http://www.bbc.co.uk/news/business-34650014). The brilliant tax academic Rita de la Feria thinks that losses to the authorities could be running into the billions of euros. And she has also noted many times how we are moving towards a culture of tax responsibilisation, where desperate authorities, suffering from the massive fraud driving the VAT gap, seek through the courts to generate revenue from third parties, when the actually responsible taxpayers have gone missing.

Many large corporations are also beginning to fear that, in matters of indirect taxation, the law is becoming their enemy. They long for clarity, and for unambiguous process. Whether the EU can, or will even want to, deliver them certainty, is set to become a defining issue for European VAT.

THE TRUTH ABOUT INTEGRATED REPORTING

AVOIDING THE HIDDEN COSTS OF THE CHRISTMAS PARTY