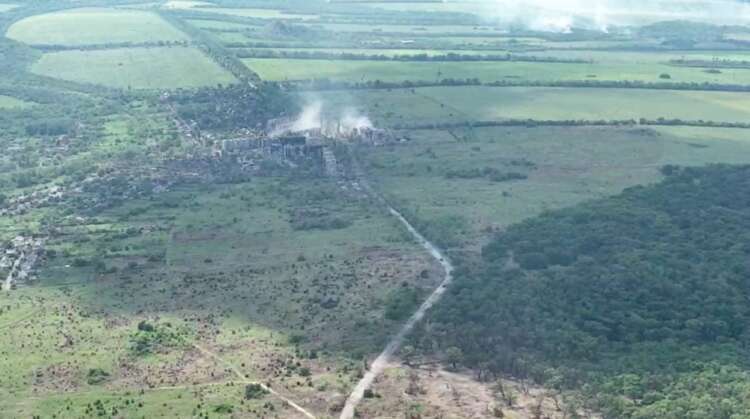 (Reuters) – Russia threatened to punish Lithuania with measures that would have a “serious negative impact” for blocking some shipments by rail to Moscow’s Baltic Sea enclave of Kaliningrad, the latest dispute over sanctions imposed over war in Ukraine.

* Russian forces have captured several settlements near the embattled cities of Lysychansk and Sievierodonetsk in the Luhansk region, the regional governor and Ukraine’s general staff said.

* At least 15 civilians were killed in Ukraine’s Kharkiv region by Russian shelling on Tuesday, regional governor Oleh Synegubov said in an online posting, after weeks of relative calm.

* The Russian defence ministry said its missiles had struck an airfield near the major Ukrainian port of Odesa, Russian news agencies reported. It said it had carried out the strikes in response to a Ukrainian attack on gas production platforms in the Black Sea.

* Ukrainian President Volodymyr Zelenskiy predicted Moscow would escalate attacks ahead of a European Union summit Thursday and Friday. He was defiant in a late Monday address despite “difficult” fighting in Luhansk for the cities of Sievierodonetsk and Lysychansk.

* The Kremlin said it did not know the location of two Americans captured while fighting in eastern Ukraine, but that they were mercenaries and could be sentenced to death in Russian-backed breakaway territories.

* Ukraine is set to become an official candidate for European Union membership on Thursday in a symbolic but morale-boosting decision following Russia’s invasion, ministers and diplomats said.

* Russian President Vladimir Putin is weaponizing food by blocking Ukraine grain exports and U.S. President Joe Biden is examining options on how to get the grain out, the White House said.

* EU leaders aim to maintain pressure on Russia at their summit this week by committing to further work on sanctions, a draft document showed, with gold among assets that may be targeted in a possible next round of measures.

* German self-propelled howitzers have arrived in Ukraine in the first delivery of heavy weapons promised by Berlin, Ukraine’s defence minister said. Kyiv has pleaded with the West to send more and better artillery as the country runs out of ammunition for its existing Soviet-era arsenal, which is dwarfed by Russia’s.

* U.S. Attorney General Merrick Garland, in a visit to Ukraine, affirmed Washington’s commitment to identify, arrest and prosecute those involved in war crimes and atrocities committed during Russia’s invasion.

“It’s a heavyweight boxing match. In 2 months of fighting, there has not yet been a knockout blow. It will come, as RU forces become more depleted.” – Mark Hertling, a former commander of U.S. ground forces in Europe.