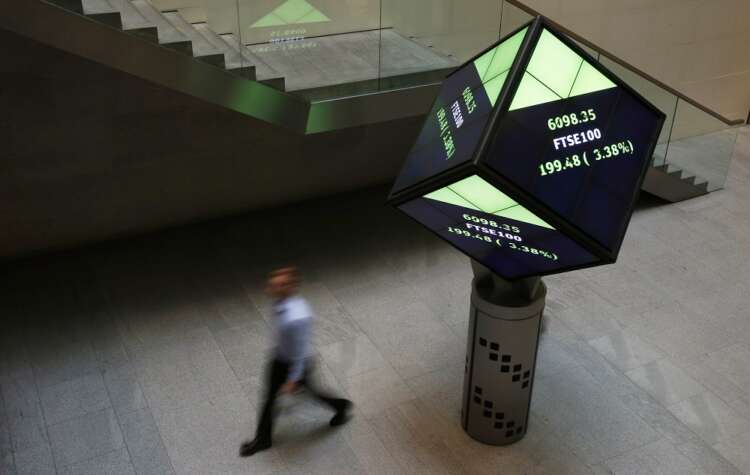 The indexes had already been on shaky ground after data on Tuesday signalled a weakening UK job market even as the unemployment rate fell to its lowest since 1974.

“The weaker pound has given a bit of support to the FTSE 100, but the higher bond yields and weaker global growth that typically result from tighter Fed policy are a difficult mix for UK equities too,” said Oliver Allen, market economist at Capital Economics.

Homebuilders were among the worst performers on the day, down 3.6% amid worries over affordability and weakness in labour market.

“Given the sensitivity of housing markets to higher interest rates, it makes some sense that homebuilders’ shares have underperformed,” Allen added.

The British central bank raised interest rates the most since 1995 last month. It is expected to increase them again on Sept. 22, with traders placing an 86% chance of a 75 basis-point hike. [IRPR]

Retailers were also a weak spot on Tuesday, falling 3.5%.

Grocery inflation hit 12.4% in the four weeks to Sept. 4, another record, adding 571 pounds ($670) to the average annual grocery bill, according to market researcher Kantar.