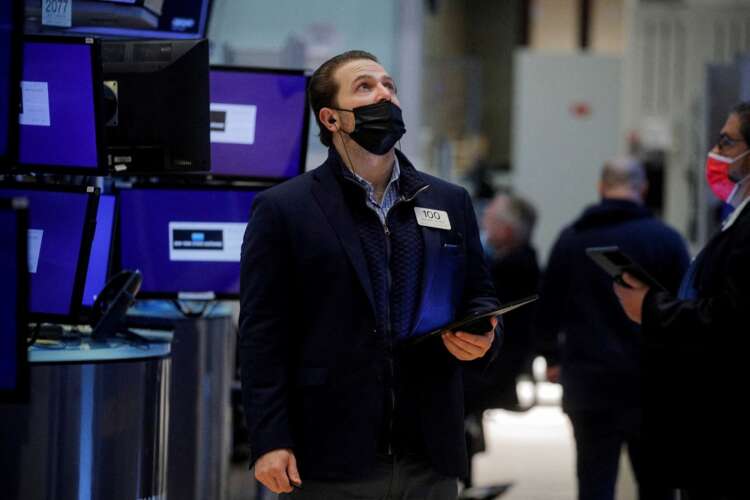 European shares fared better, with the pan-European STOXX 600 index rising 0.69%, while MSCI’s gauge of stocks across the globe shed 0.10%.

In remarks to U.S. lawmakers on Tuesday, Powell said he expected that the Fed would raise interest rates this year and end its asset purchases, but that the central bank had not made any decision about the timing for tightening monetary policy.

“We know that high inflation exacts a toll,” Powell said, pledging to use the central bank’s full suite of policy tools “to prevent higher inflation from becoming entrenched”.

U.S. December consumer inflation data will be released on Wednesday, with headline CPI expected to hit a red-hot 7% year- on-year, boosting the case for rates to rise sooner rather than later.

Inflation pressures prompted the Fed in December to flag plans to tighten policy faster than expected, possibly even raising rates in March, though that was before it became clear just how fast the Omicron coronavirus variant would spread.

“We continue to believe liftoff in March is increasingly likely. How these debates are settled will likely have implications for post-liftoff rate hikes,” Nomura economists said in a report, referring to U.S. monetary policy.

“In particular, we believe comments regarding earlier runoff and less aggressive rate hikes support our view that the Fed will slow the pace of rate hikes to two per year in 2023.”

Benchmark 10-year Treasury yields edged up to 1.7764% on Powell’s comments, after hitting an almost two-year high above 1.8% overnight.

Two-year Treasury yields, which are highly sensitive to interest rates, jumped to a high of 0.945%, the highest since February 2020. [US/]

The dollar index, which measures the currency against six counterparts, hovered around 95.91.

Oil rose to nearly $82 a barrel, supported by tight supply and hopes that rising coronavirus cases and the spread of the Omicron variant would not derail a global demand recovery.

Bitcoin reversed some of Monday’s losses, and was back up near $42,000 after dropping below $40,000 the previous day for the first time since September.