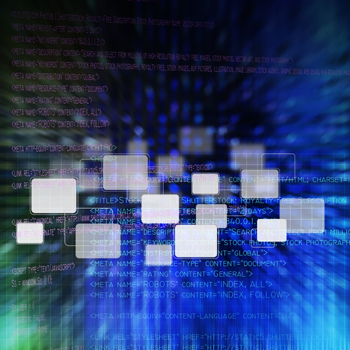 Credit card and debit card fraud attacks have increased significantly in recent years, with Europe’s credit card fraud problem reaching a new high in 2013, according to data from Euromonitor International. In order to ensure its defenses remain watertight, in 2013 Garanti Bank expanded its use of FICO Falcon Fraud Manager to cover all transaction channels for its current/demand deposit accounts (DDAs), in addition to debit and credit cards. The bank’s enterprise fraud management approach now covers its distribution network of 936 domestic branches in Turkey, as well as its six foreign branches in Cyprus, Luxembourg and Malta, and three international representative offices in London, Düsseldorf and Shanghai.

“Garanti Bank is the first bank in Turkey to integrate different fraud controls in the same department, using a customer-centric approach,” said Beyhan Kolay, senior vice president for Anti-Fraud at Garanti. “Banks around the world are trying to take a more customer-centric view in fraud management. Our approach enables us to carefully manage the impact of fraud management controls on customers, so that we can not only protect them but also keep them engaged, thereby making them more profitable for us.”

Garanti’s anti-fraud team now uses FICO Falcon Fraud Manager to protect multiple accounts for each customer, at the customer level. For example, the bank no longer has to contact a customer when a risky international credit card transaction is detected, if it already has confirmation of the consumer’s whereabouts based on information from their debit card. Supervisors can write and define rules and improve the agility of their parameters, which enables the bank to respond faster to high-priority risks and to stop flash fraud as it’s unfolding.

If a risky transaction is identified, Garanti can now create a new case, temporarily block the card and send an SMS or other notification to the customer, all at the same time. Multiple actions give the bank’s analysts a chance to make contact with the customer much more quickly, and through the customer’s preferred channel, giving them a better experience.

Garanti also deployed new credit and debit predictive models from FICO. These include innovations such as adaptive analytics, in which the models “learn” from the results of fraud investigations, and global profiling, in which the system looks for patterns that are unusual not just for individual cardholders but also for specific ATMs and merchants. Garanti can now combine risk patterns with online non-financial transactions, such as phone number and address changes that can indicate potential fraud.

“The Banking Regulation and Supervision Agency requires Turkish banks to meet strict quality and control standards with their fraud detection practices,” said Kolay. “This project has enhanced Garanti’s fraud controls in terms of both technological capability and case management, as well as enabling us to cover such new areas as branch transactions.”

“Over the last few years, Garanti has shown that they are the innovative bank in their region of Europe,” said David Bannister, editor of Banking Technology, who was a member of the panel of independent judges. “With this project, they didn’t just replicate what was being done elsewhere, they took a goal-oriented approach that resulted in a groundbreaking project. To get an 80 percent increase in fraud detection is astonishing.”

PREPARING FOR A DATA DOOMSDAY – HOW WILL DATA QUALITY TECHNOLOGY RESPOND TO BUSINESS CHALLENGES?