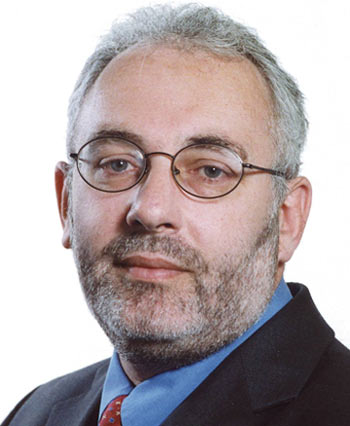 Operating and developing a thriving business that relies on emerging technologies – particularly technologies around digital money and digital identity – is a huge challenge. While change is a given in the business world generally, in this area of technology, it is happening at warp speed. However, this is not an area of business technology that you can afford to get wrong. Teething problems may be accepted in other areas of emerging technology but there are no second chances when it comes to safeguarding the security and integrity of digital transactions in the payments and identity arenas. No surprise then that businesses relying on these emerging technologies are looking to specialist thought and technology leaders such as Consult Hyperion – visionary experts who see both the now and the future – and who can inform the market and help businesses find their way through the jungle of possibilities.

David G.W. Birch is an internationally-recognised thought leader in digital money and digital identity. in 2013, he was named one of WIRED magazine’s global top 15 favourite sources of news from the world of business and finance and was ranked the no.1 influencer in European emerging payments by Total Payments magazine.

Dave is a Director of Consult Hyperion, the technical and strategic consultancy that specialises in electronic transactions, where heepitomises Consult Hyperion’s visionary approach to finding practical solutions to challenges and opportunities presented by new technologies. With Consult Hyperion, he provides specialist consultancy support to clients around the world, including all of the leading payment brands, major telecommunications providers, government bodies and international organisations including the OECD. Before helping to found Consult Hyperion in 1986, Dave spent several years working as a consultant in Europe, the Far East and North America.

Described at the Oxford Internet Institute as “one of Britain’s most acute observers of the internet and social networks”, in The Telegraph as “one of the world’s leading experts on digital money”, in The Independent as a “grade-A geek”, by the Centre for the Study of Financial Innovation as “one of the most user-friendly of the UK’s uber-techies” and in Financial World as “mad”, Dave is well-known for his thought leadership blogging, podcasts and events for Consult Hyperion’s Tomorrow’s Transactions series and makes for compelling reading or listening when it comes to any debate or research around digital identity and digital money.

He has lectured to MBA level on the impact of new information and communications technologies and contributed to publications ranging from the Parliamentary IT Review to Prospect. He wrote a column for the Guardian for many years. He is a media commentator on electronic business issues, a published author and regularly appears on BBC television and radio, Sky and other channels around the world. In recent months, Dave has been asked to give expert media comment on Bitcoin and recently guest blogged on this subject for the FT.

Dave thinks that 2014 is set to be an exciting year for digital transaction technologies. Consult Hyperion has identified five key trends to watch:

Host Card Emulation allows any app on any NFC-enabled Android 4.4 device – phone, tablet or any other device running Android 4.4 – to emulate a contactless smart card, letting users tap to initiate transactions with an app of their choice without needing a provisioned secure element (SE) in the device. Apps can also use a new Reader Mode to act as readers for HCE cards and other NFC-based transactions. The device effectively becomes a contactless card that you can use to make purchases, display tickets and vouchers and present ID.

“By removing the decision about whether a hardware Secure Element is placed on the SIM or the handset, HCE makes irrelevant the commercial negotiations previously needed for NFC to succeed,” says Birch. “Now there’s nothing to stop it taking off as a convenience rather than a security mechanism.”

Tokenisation replaces the card PAN with one time use numbers that are valid for a short time only. These can be transmitted like regular PANs across existing bank networks but their short life span means that they pose little risk for security breaches. They aren’t a new idea but now that they can be generated by mobile apps, customer usability issues are no longer a problem. The same principle could even be applied to other types of information, for example digital identities.

“One day soon, my Waitrose app will obtain tokens from my V.Me wallet, my MasterPass wallet, my PingIt app, my Zapp app and any other wallets it can find on my phone through a standard discovery process and standard API. Then when I check out at Waitrose, my app will pop up and take care of business,” predicts Birch.

“2014 will be the crunch time for IDAP,” says Birch. “The service is just going through the technical launch now and the Cabinet Office will be looking to onboard the first services and consumers during the year.”

While cost saving is the driver for the government, these programmes will also provide value to consumers and service providers: better ways to access more services, better engagement with the consumer in ways that the consumer will want.

While consumers appeared hesitant about mobile wallets during 2013, 2014 could see them really take off, reinforced by technologies such as tokenisation, digital identity and HCE. To be successful however, they must do things that leather wallets can’t. That means more than just storing apps. “For us, the wallet is something that lies under and inside a variety of apps, providing them with services such as identity,” says Birch. “We like to call this the hyper-wallet.” On top of that, wallet issuers need to do a better job of identifying the benefits they bring to users. The way to do that is to start by identifying the main pain points i.e. where wallets can help consumers or the needs it fulfils. That’s a marketing fundamental – identify the need. Barclays’ PingIt has already done that with person to person payments. Easy online payments from the phone might be another area as might be managing electronic receipts.

If wallets are intended to make shopping more rewarding for consumers, it’s MPOS that carries out the same function for retailers. Not just conventional POS devices that have been untethered but mobile phones and tablets with added card interfaces, MPOS devices run apps and communicate with consumer mobile devices. 2013 saw their spread into small retailers who were unable or unwilling to obtain regular acquiring relationships with banks. 2014 will see them become more prevalent in retailers of all sizes, reducing the need to queue to pay and accentuating customer relationships over payments. The more consumers want to pay by phone, the less they will want to queue to hand over old fashioned payment cards at the point of sale.

These trends and others will form the basis of Consult Hyperion’s thought leadership events in 2014, its Tomorrow’s Transactions Forum, which takes place on 19th-20th March at One America Square in London and its Tomorrow’s Transactions Unconference series, the first of which will take place in London on February 10th. For further information, please visithttp://www.chyp.com/tomorrows-transactions/forum-2014 and http://www.chyp.com/what-we-do/unconferences