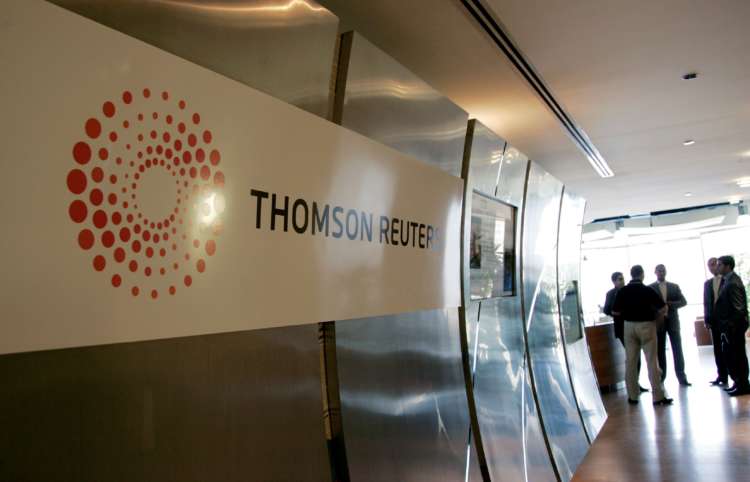 NEW YORK (Reuters) – Thomson Reuters Corp reported higher fourth-quarter revenue on Tuesday and said it would start a two-year program that will change it from a holding company to an operating company.

The news and information company, which owns Reuters News, said revenues rose 2% to $1.62 billion, while its operating profit jumped more than 300% to $956 million, reflecting the sale of an investment, a gain from an amendment to pension plan and lower costs.

It was not immediately clear if adjusted earnings per share of 54 cents were directly comparable to the 46 cents expected.

Thomson Reuters’ markets are healthy and evolving, making this a good time to transition the company from a content provider to a “content-driven technology company,” Chief Executive Steve Hasker said in a statement.

Workplaces have been transformed by the COVID-19 pandemic and artificial intelligence has a larger role in professional markets, he said.