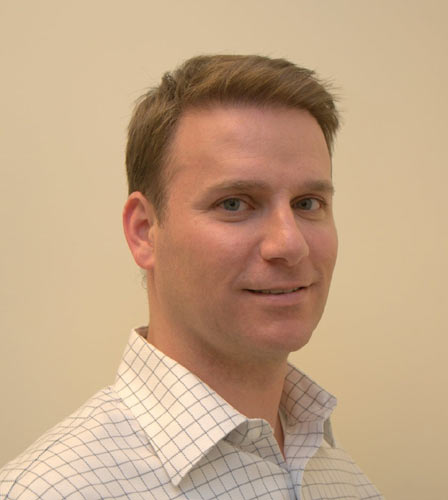 Mike Braatz, ACI Worldwide, discuss the results of Annual ACI Worldwide Global Fraud Report and recommends how financial institutions should communicate with their customers to drive down card fraud.

Fraud is an increasing reality for consumers across the globe, with one in four (27%) claiming to be the victim of card crime. Fraudsters are growing in sophistication and are now often part of highly organised crime rings. They target consumers without prejudice and can strike at any time in any place.

As a result, it is vital that financial institutions, issuers and retailers enlist customers in the fight against fraud, educate them on prevention best practices, and reassure them of policies should fraud occur. Only by doing so will they maintain customer satisfaction and loyalty – and protect their bottom line.

But in order to do so, it is vital to ensure we have a clear understanding of the scale of the problem, and the consumer attitudes towards fraud. According to the recently published Annual ACI Worldwide Global Fraud Report, a quarter of people globally have been victimised by credit, debit or pre-paid card fraud during the past five years. Looking specifically in the Europe, Middle East, and Africa region, the rates of fraud experienced varied from country to country, with the lowest rates in some of the European countries. Overall, card fraud rates range from a low of 12% in both the Netherlands and Sweden to a high of 36% in the United Arab Emirates. Perhaps most importantly, more than 20% of respondents report that they will stop using, or switch from, the card impacted by fraudulent activity. This underlines the vital importance of protecting consumer against fraud before they chose to switch provider.

Similarly, there is a wide range of cardholder satisfaction levels after having experienced fraud. The percentage of respondents who classified their feelings as “unhappy with the treatment they received from their card provider” ranges from a low of 13% in Sweden to a high of 57% in Italy. Consumers also expressed their displeasure with the treatment they received by moving their relationship to another card provider, ranging from alow of 9% who made changes in both the Netherlands and Sweden to a high of 27% in the United Arab Emirates. This indicates cardholders tend to move their card relationship if they are unhappy enough with the treatment from their financial institution.

After experiencing card fraud, some cardholders tend to use cash or an alternate payment method instead of the card on which they had experienced the fraud incident. It is important to understand these reactions, as it has implications on card profitability for issuers. Changes in behaviour are the most common in the United Arab Emirates, where 59% of customers used their cards less often after the fraud experience. In contrast, only 17% of consumers in the Netherlands used their card less after experiencing fraud.

Impacts on payment behaviour for cardholders who received replacement cards were analysed in the research too. Respondents in South Africa are the most likely to alter their use of the replacement card, with 51% of them using it less than the original card. France has the lowest percentage of respondents using the replacement card less than the original, at 25%, followed closely by Sweden, at 26%. It should be noted that although these were the lowest percentages, they still represent a high percentage of cardholders whose payment behaviour was altered by the fraud they experienced.

It’s clear that card fraud not only remains a major issue for consumers, but it impacts the ways in which they interact with financial institutions. This can ultimately impact revenues. It’s therefore vital to take action in such a highly competitive market.

For example, remember to provide a fast, easy recovery processes. Consumers worldwide dread the hassle of dealing with fraud resolution; making this process simple and easy can be a competitive advantage and may curtail fraud‐related attrition. After an incident, consumers care about speed in getting their money back and receiving a new card. When mailing that new card, consider sharing your fraud policy so the new card is used as confidently as the old one.

Financial institutions have made some efforts to educate consumers about ways they can protect themselves against fraud, but the messages are not being heard and understood fully. In most countries, a large percentage of consumers do not recall ever having their institution providing information related to fraud. The lack of improvement in risky behaviour by consumer underscores that educational efforts are not working. Information posted on websites should be easy to locate, not hidden. If this is the only way you currently communicate, determine an effective strategy to communicate with customers who do not bank online.

When fraud is suspected, a large majority of consumers don’t want additional transactions posted to their accounts until after the issuer has heard from them concerning a fraud alert. This implies a willingness to be an active participant in the war against fraud if the issuer makes it easy for the consumer to engage.

By a large majority, customers indicate they prefer to be contacted about a fraud alert via their mobile phone by a call or text message or via their home phone. Institutions should update their records of consumers’ email addresses and mobile numbers to facilitate communication. A simple process will encourage customers to participate.

Consumers are aware that the skill set of fraudsters is improving and that card fraud is growing. Customer satisfaction rates with financial institutions are highest when the company detects fraud and notifies the consumer of it; therefore, companies should consider educating their customers about the fraud prevention methods they use as a marketing factor and engage customers in combating fraud. Knowing you are proactive in fighting fraud may influence consumers to reach for your card first.

REFINANCING A CAR AND WHAT YOU SHOULD PAY ATTENTION TO