The rise of social media in trading 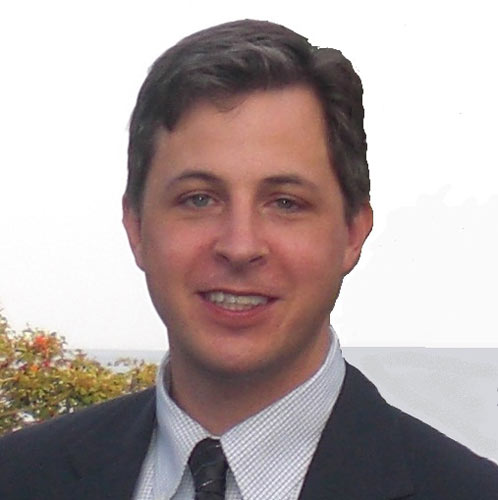 The impact of technological changes

From the invention of the trading turret in the early 1970s, to the development of algorithmic trading in the 1990s, the trading industry has been greatly impacted by the development of new technologies over the years. According to a recent survey conducted by IPC at TradeTech Europe, 100% of traders surveyed agreed that technological changes have had a positive impact on their job role. The benefits of technology on the trader include increased speed and efficiency, helping them to gain crucial competitive advantage. An obvious major development in the technology space is the rise of social media platforms such as Facebook and Twitter, which change the way people, generate, share and consume information in their personal lives. This trend is now feeding into working environments, and the trading environment is no exception, with traders using social media to gauge market, and global news trends that have the potential to influence share prices.

The explosion of social media
Social media presents a real challenge for trading firms. Staff using social media in the workplace can cause problems for employers, particularly if the platforms are being used to influence trading decisions or to communicate information about the company. Whether social media can be relied on as a trusted information source is moot, whilst the communication of potentially price sensitive information could be construed as insider trading.

Despite these issues, the rules around the use of social media in a trading environment are not entirely clear. As a result, the majority of major banks do not currently allow the use of social media within the workplace and most have entirely cut off access to such sites. However, the smaller firms such as hedge funds and proprietary traders, where there is more self-management, tend to be more flexible in their approach to the use of social media. Both models have inherent failings, those who have no access to social information may miss out on hearing about price impacting news before their competitors, whereas those that have access to all the additional information available via social media may find it impossible to analyse it quickly enough to utilise it effectively.

Analytics are needed to gain insight
In trading, it is often not what you know but more importantly what the market knows; and the ability to be one step ahead of what your competitor knows is crucial to a traders’ success.

As a result of the huge volume of information that social media creates, the use of analytics programmes to help monitor and analyse market trends has been growing. The vast amount of unstructured data generated on social media sites cannot possibly be read by a human, so the use of analytics is the only real way to benefit from social information and gain valuable insight into macroeconomic trends in real-time. Currently such analytics programmes are being developed by niche players in the technology industry. The bigger players have existing technology which can be adapted to analyse this type of information but it will be interesting to see if they begin to develop programmes designed for this specific use.

So what are the challenges and issues?
The recent Associated Press twitter hoax is a dramatic example of the problems that social media has the potential to cause. When the Associated Press’ Twitter handle announced that President Obama had been injured in a bombing attack at the White House, the Dow Jones dropped 145 points and Standard & Poor’s 500 Index lost $136 billion in value within minutes. The ‘news’ was quickly revealed to be a hacker hoax but the incident served as a reminder that algorithms can only operate using the data that goes into them, and can do incredible damage in a short period of time as a result of their inability to apply a human common sense filter. Incidents such as these are rare but they do highlight the danger of relying on algorithms alone.

The use of social media in trading also expands the potential for fraudulent activity. Individuals have always been able to disseminate false information in order to influence a share price, but the advent of social media, means such information can be shared with the entire trading industry. This means the impact any one individual can have is hugely magnified. Currently, posting fraudulent information on the internet is not explicitly outlawed and so it is easy to imagine that incidents like the Associated Press hoax are happening, and will continue to happen more frequently.

One of the reasons it is difficult to create rules regarding how social data may be used, is that social data, unlike market data, is unstructured. As a result, one algorithm may interpret the data differently to another. Companies can pay to have social information analysed and have the analysis sent to staff in the form of a newsfeed but the insights traders receive will depend on the individual algorithm used. This creates the potential for traders to make decisions based on analysis which may not be entirely accurate.

Is social the future for trading?
At the moment the playing field is uneven as no-one is clear about how best to use social data, and institutions are adopting different ways of dealing with it. In time all traders will be able to access and trade off social data in the same way they can with market data. But the use of social data will need to be approached with caution. We expect to see greater market swings resulting from the use of social media –as we saw with the recent drop in Treasury prices many believe was caused by a Twitter post by Pimco boss, Bill Gross, calling the top of the bond market. Theses swings will continues until there is agreement about how social data can and should be used, and better understanding of how to inject common sense rules into the process of analysis.

Social media may also impact how institutions trade with each other. As firm’s social networks grow, workflow could be shifted from exchanges to social platforms which match buyers and sellers. This has been happening in some form for a while with companies like Liquidnet, and new players such as Currensee continue to emerge. These networks allow traders to connect directly and work in a similar way to Facebook, allowing for real-time updates and notifications.

In the future, trading will continue to be automated; however as the Associated Press Twitter Hoax highlighted there will always be the need for human intervention. Traders will need to be armed with the right tools to be able to make use of social data and also to stop any potential problems which may arise from the use of algorithms and automation.

Does the use of social media need to be regulated?
The current situation is one of uncertainty, which is resulting in a climate of fear, particularly among the big investment banks as they understandably do not want to run the risk of incurring either financial losses or reputational damage.

Investment Watch: School’s in for summer