THE PANAMA PAPERS: IMPLICATIONS FOR CREDITORS 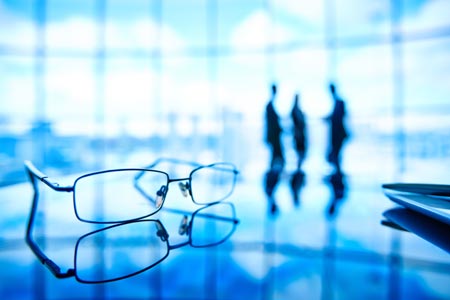 By Tim Prudhoe and Anna Gilbert The leak of 2.6 million terabytes of electronic documents, consisting of approximately 11.5 million documents and 4.4 million emails, from the Panamanian law firm Mossack Fonseca, captured the attention of the media, regulators, politicians and the financial community in early 2016, and it continues to do so. This collective response aligns with the continued public pressure towards anti- tax avoidance measures.  For creditors, however, the data theft of this confidential financial information to the International Consortium of Journalists does, and will continue to, generate asset recovery opportunities.

The online publication of this data regarding offshore companies, including details of officers and links to related companies, has the potential to lift the veil of confidentiality which has long kept many offshore structures from the public gaze. Some of the data, including the names of offshore companies, their jurisdictions, details of their officers and the names of related entities, is now in the public domain via a searchable online portal. Although the devil remains in the details, at least some of this detail is now available online.

For creditors seeking to recover assets, this information could expedite asset tracing strategies and lead to the identification of hidden funds, while substantially reducing the cost of asset investigation so necessary to a strategic and targeted litigation campaign. This initial structuring information is often sufficient for domestic courts in the offshore jurisdictions to lend their support to creditors and their professional advisors seeking to freeze and seize assets, and to require the identification of additional assets connected to a particular structure. Creditors can take advantage of this resource to explore and generate leads for asset recovery and enforcement efforts.

In addition to the increased scope for creditors to identify and target specific assets, pressure for increased transparency and disclosure is set to yield results. This is not necessarily a new story for the wealth industry, which is familiar with information requests from tax authorities and regulators. However, creditors can now be expected to benefit from the movement towards disclosure of information regarding the beneficial ownership of assets. Historically, it has been relatively easy to keep confidential the identity of beneficial owners through subsidiary company structures, often in offshore or other financial confidentiality jurisdictions. This is in the process of changing. In April 2016, more than 40 countries, including the UK, Bermuda, Cayman Islands, Anguilla, and India, entered into an information-sharing agreement regarding beneficial ownership of corporate entities. Because of the constitutional relationship between the UK and the major Caribbean offshore jurisdictions (such as Bermuda, the British Virgin Islands and Cayman) this will generate significant pressure in that direction offshore. Allegedly secretive offshore centers, including the Cayman Islands, have also committed to developing a global standard of information sharing to fight corruption, tax evasion and international financial crime. The Cayman Islands’ Confidential Information Disclosure Bill, which may be passed as early as this summer, will facilitate (rather than seek to prevent), discovery of certain confidential information by law enforcement and financial regulatory authorities. The government of the British Virgin Islands is also planning to require its corporate service providers to hold information on beneficial ownership from as early as 2017, thereby transitioning out qualified intermediaries who hold that information on the basis that it can be provided on demand.  This information will include details including the names, addresses, dates of birth and passport numbers of the beneficial owners of British Virgin Islands -registered companies. Although this information is intended to facilitate compliance with requests from law enforcement bodies the United Kingdom, the information could be judicially discoverable.

For creditors seeking to recover assets from or by way of offshore jurisdictions, the Panama papers present a timely opportunity.  As a basic instrument, the data can be used to support efforts to trace and identify specific assets, with or without court intervention. However, the fall-out from the leaks has struck a chord with the international regulatory community. Proposals to facilitate the exchange of beneficial ownership information continue to gather momentum in an atmosphere which is hardening against banking and other fiduciary confidentiality.  If current trends continue, these opportunities are likely to grow in the foreseeable future.

THE EMERGING PAYMENTS ASSOCIATION’S REACTION TO THE EU REFERENDUM RESULT