THE OPPORTUNITIES OF SOCIAL MEDIA AND MITIGATING AGAINST ITS THREATS 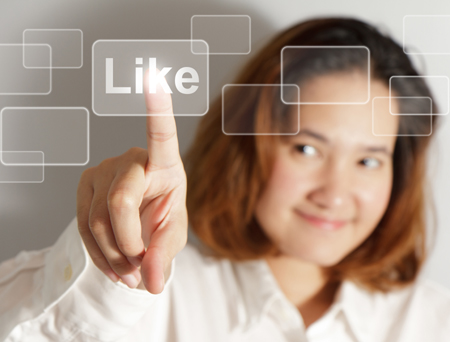 Social media has crossed a divide from an out of hours pastime for stalking celebrities and venting on issues to a bona fide business tool that has enormous potential. Using social media properly is key – that means being aware of the threats, as well as the opportunities, particularly in a finance environment. Changes such as Facebook’s new ‘authenticity’ policy, which requires users to use their legal identity rather than a pseudonym, mean that, more and more, we need to be able to stand by what we post on social media, as much as in an email or in person. Zee Hussain, Employment Partner at  Simpson Millar, looks at how to make social media work for you, and how to keep your private life out of the spotlight.

Step 1 is always to track down your employer’s social media policy – this should be available as part of the business guidelines and may also be mentioned in your terms of employment. Many organisations are now very focused on ensuring their workforce doesn’t prejudice the business with careless use of their personal social media – which may seem excessive but is becoming more and more common in the financial world where reputation is key. The policy should also contain guidelines on when you can use social media and what the penalties are likely to be for improper use.

Do you understand your settings?

All the major social media platforms offer the opportunity for you to pick and choose what information you make public and what remains personal or private. Be sure that you understand this before you post something and keep up to date with the changes that are announced – social media platforms are constantly evolving so expect your privacy settings to change too. Make sure you’re clued in to who can see photos, status updates and personal information and relationships before you post – if you’re doubtful about who can see a ranting update or a risqué photo you are about to post, don’t post it.

As soon as you start naming people in your social media updates and statuses then you risk attracting negative attention. It’s very unwise to do this to clients, no matter how difficult or unprofessional you have found them. A case in point was that of Preece –v- JS Wetherspoons, which saw Ms Preece – a pub manager – barring an elderly and abusive couple from her pub and then complaining about it on Facebook. Her personal comments were seen by everyone on Facebook – including the couple’s daughter –and a tribunal found that Ms Preece’s employer was justified in dismissing her as a result, despite the fact that she had worked there for many years.

What are your rights?

Many employers now search for the social media profiles of potential employees and – if properly handled – there is nothing wrong with this. However, if that results in discrimination against a potential employee on the basis of a protected characteristic such as race, sexuality, disability, gender or religion then that is not lawful. An example could be where a profile clearly indicates that the candidate is Muslim and the employer uses this as a reason to reject the applicant. If this happens, then the Equality Act 2010 provides a right to claim for discrimination. Some employers may use an external agency to carry out social media searches to make sure they stay within the Equality Act boundaries. You can request a copy of any information held on you under the Data Protection Act 1996.

We are increasingly seeing social media profiles that mix personal friends and work colleagues and while this can be a great way to bond with those that you work with, it also means that the boundaries are sometimes blurred. This is confused even further by the number of office romances that we all know take place, no matter what the industry, some of which blossom into something more, some of which are best left behind. Remember that the potential for social media messages to be misread is huge. Flirting, risqué responses and compromising images can be uncomfortable for both sender and receiver if not wanted. This could be anything from a Snapchat image to a Twitter direct message. Care should also be taken with jokes that are borderline racist, sexist or risky in any sense as this may not be appropriate for your audience.

Harassment is something that employers can take disciplinary action for, whether you’re the one being harassed or you’re doing this to someone else. It is essentially unwanted conduct that could be sexual or relating to a protected characteristic. The result of this conduct is to create a working environment that is hostile, humiliating, offensive or intimidating for people to work in. So, be wary of actions that could be creating this situation for someone else and if you feel like you are being harassed don’t be afraid to say something.

You might post a ‘cheeky’ status update about finishing work early or taking a three hour lunch, or perhaps you’ve just had enough of your colleagues or boss and can’t help having a rant about it. Even if there are no immediate consequences, that doesn’t mean that you’re home free. In the case British Waterways Board v Smith, Mr Smith was dismissed after an investigation that took place two years after he had made some ill advised comments about his work, including drinking while on the job and scathing comments about his boss.

Social media is a public forum and as soon as you post your comments into the ether then you open yourself up to a response that you can’t control. Remember that even if you delete an image or comment it may have been shared thousands of times in a matter of seconds – the posts that go viral are often not the clever or interesting ones but those where someone has shared something that they shouldn’t. A case in point is ‘Lindsay’ who posted the following about her boss on Facebook a few years ago:

And her boss’s reply?

“Firstly, don’t flatter yourself. Secondly, you’ve worked here 5 months and didn’t you work out that I’m gay? Thirdly, that ‘**** stuff’ is called your ‘job’, you know, what I pay you to do. But the fact that you seem to be able to **** up the simplest of tasks might contribute to how you feel about it.”

“And lastly, you also seem to have forgotten that you have 2 weeks left on your 6 month trial period. Don’t bother coming in tomorrow.”

“I’ll pop your P45 in the post and you can come in whenever you like to pick up any stuff you’ve left here. And yes, I’m serious.”

Obviously, social media has become a powerful way of networking and communicating and for many of us using it is an integral part of what we do. Careful use of social media can help you find new roles, make connections and stay up to date with the latest headlines – as well as avoiding becoming part of them.