The importance of an effective social media strategy for B2B sellers

AI can see through you: CEOs' language under machine microscope 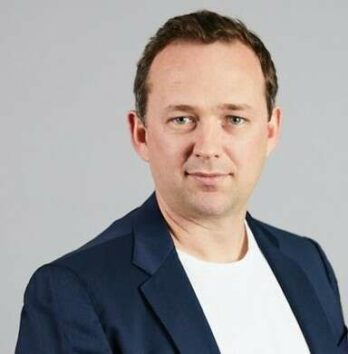 In recent years selling has become an increasingly digital practice, one that was inevitably accelerated by the pandemic. B2B buyers are desensitised to the traditional methods of cold calling or emailing, expecting sellers to engage over a longer period of time, and in a more intentional manner.

Sellers need to adapt their selling strategies to align with this new reality of modern selling. A recent survey by Showpad revealed 92% of organisations believe that remote working brought on by the pandemic will remain the norm, demonstrating a clear industry level move towards embracing digital selling. Modern selling does not just mean moving existing selling tactics online, but rather modifying engagement strategies to meet new demands.

Developing a strong social media strategy is a critical part of this modern selling approach. Today, business buyers expect content to be highly relevant and timely, with social media being one of the most effective channels through which such content can be marketed. Despite this, only 25% of B2B companies reported consistency in equipping sellers with social engagement tools to effectively interact with buyers. As such, social media is an untapped goldmine for many organisations, making it easy to stand out from the crowd with a well-established strategy.

Sellers who engage with social media create 45% more opportunities than those who don’t, highlighting that a defined social media strategy can generate significant value in terms of revenue and that it is a key element of the e-commerce space. Additionally, social media is an important channel for building relationships with prospects, which drives up customer satisfaction on top of the existing revenue boosts.

How can organisations support their teams with social?

As with any part of a business strategy – structure is key. Many organisations treat social media as an extra, leaving it to the side of their overall vision and planning. This approach fails to appreciate the true value of these platforms and their power to engage new prospects. Those who manage their social media channels on an ad hoc basis are underusing a valuable resource, as both algorithms and users value regular, consistent posting.

Keeping this in mind, organisations must build a strategy for social media in the same way that they would build a strategy for any other part of their business. Marketing and selling teams should come together, pooling their respective expertise to create a social media strategy which both generates value for the business and is easily manageable for sellers. Perhaps the most important aspect of this step is ensuring that the strategy aligns with the overall vision of the organisation. Social should be used as a tool to communicate the overall vision and culture of the organisation, thus strengthening the business’ image.

It is also vital for organisations to outline clearly defined goals and to implement review metrics for their social media strategy to measure its effectiveness. This allows for adaptation and re-development, in accordance with how the organisation is being perceived online. Additionally, organisations must ensure that their sellers have access to the right tools and training for social media, and constantly reassess this need. This is especially important for those in the B2B space who are more likely to not have as much experience with using social media for selling. Just like the social media strategy itself, this training needs to be structured, rolled out with intention, and offered to all customer-facing employees, not only to one or two who show a particular interest in it.

The do’s and don’ts of social selling

Great strategy must then be coupled with great sellers. Those who are looking to get started with social media, or those who are developing their existing presence, should consider the following:

Do set yourself up as an expert in the field, by commenting on timely and relevant trends in your sector. Sellers should actually concentrate more on increasing their status as an industry leader on social media than focusing on marketing alone. Don’t overdo self-promotion, less is certainly more in this domain given that the modern buyer doesn’t want to hear cold, impersonal pitches. It may seem paradoxical, but in the long run this leads to more deals closed, and an improved customer experience.

Do make an effort to network. Social media is all about the long game of building relationships and connections with buyers in your field, in order to reap the rewards later down the line. Spending time on engaging with buyers and having meaningful conversations may not lead to an instant sale, but it contributes to the aforementioned aim of building your status as an expert in the field. Don’t send out cold pitches before trust is established. This results in falling into the same trap of traditional sales – modern buyers do not respond well to unprompted selling.

Do maintain your personality on social media, whilst keeping a focus on issues that are relevant to your organisation’s brand – and those of your prospects and customers. Be creative, and engage with formats such as video, so that you can cement your reputation as a modern seller and deliver more engaging experiences. Don’t share anything without considering if it is impactful and relevant. There is a delicate balance to be struck between letting your personality shine through and remaining within your organisation’s niche, which is something that must be accounted for in your overall social media strategy.

For sellers in the e-commerce world, the importance of utilising social media to its full potential cannot be understated. When used effectively, sellers will find that they can establish themselves as experts in their fields, build lasting relationships with buyers and ultimately, close more deals. Many organisations currently fail to implement this kind of strong social media strategy, so those that do will be able to stand out from the crowd and differentiate themselves from the masses.