The human cost: why the financial sector is still rife with social engineering fraud 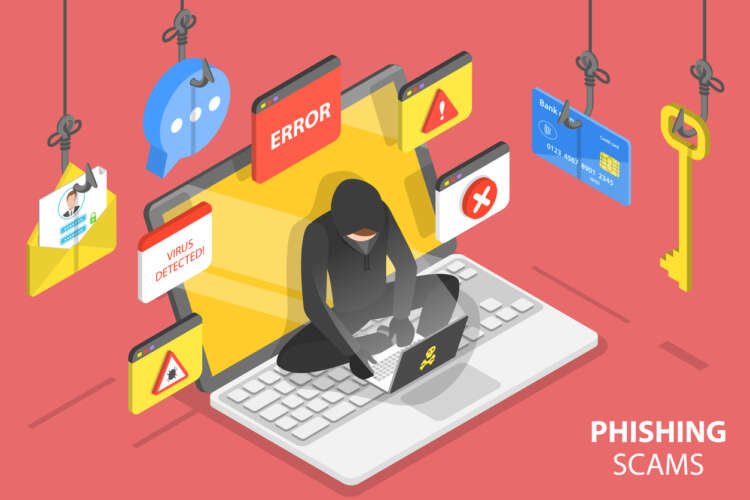 Every year, there is a greater likelihood of becoming a victim of cybercrime. In the first half of 2021 in the UK, criminals stole a total of £753.9 million through fraud, an increase of over a quarter (30 per cent) compared to the first half 2020. Criminals are increasingly focusing on banks and other financial organisations with social engineering fraud.

Cybercriminals continue to take advantage of the weakest link in the security chain – people.  People are error prone and make the same mistake multiple times. The inability of financial institutions from preventing us from making mistakes, makes us the weakest link in the chain. While social engineering fraud has been implemented for years, mostly in the form of phishing and vishing (voice phishing), it is growing continually.

To combat this, behavioural biometrics-based technology can be used to confirm a person’s identity during a banking transaction without the need for additional security layers in order to detect this type of fraud.

What is real-time fraud detection?

Real-time fraud, also known as authorised push payment (APP) fraud, is a form of social engineering that can cause considerable financial harm. To establish the necessary authenticity, cybercriminals utilise their victims’ personal data obtained through data breaches on the dark web or captured from social media profiles. The more information available to the perpetrators, the more authentic they can appear. In doing so, they contact their victims via telephone and pretend to be a representative of a government agency, an employee of the bank or another official organisation. In this way, they can persuade the person called to transfer a certain amount of money to another account. The banks’ security processes can be bypassed because a real account holder triggers the transfer. Multi-factor authentication (MFA) thus offers no protection either.

It is challenging to identify the fraud because it involves a real person who logs in from an authorised place and completes the authentication process using their own end device. This is because the usual checks – for example, identifying the location, the end device, or the IP – are no longer sufficient. Even out-of-band methods such as authentication with a one-time password (OTP) via SMS can be circumvented. Cybercriminals who carry out such attacks also usually have a sophisticated script and are familiar with a bank’s security practices and procedures. To make matters worse, cyber criminals use social engineering methods to elicit emotional response from their victim. Criminals will try to extract feelings of sympathy, guilt, or companionship from their victims. They will use a sense of urgency, flattery, an aura of authority or trusting dispositions.  These popular methods elicit feelings such as fear, anxiety, or ease, causing victims to behave hastily or without judgement, resulting in the attacker’s desired outcome.

How can you use Behavioural Biometrics to detect Authorized Push Payment (APP) Fraud?

In the UK, APP fraud is on the rise, with victims losing a combined £479 million, or more than £7,000 per person. However, technologies based on behavioural biometrics can detect this type of fraud; it can be used to verify a person’s identity during the entire banking transaction. BioCatch uses data-based insights to distinguish behaviours of “real” and manipulated users. In collaboration with its customers, BioCatch has developed risk models that can be used to identify a variety of threats, as this collaborative effort is deemed essential in empowering clients and keeping consumers safe. In addition, there are clear behavioural patterns that can distinguish “real” from “fraudulent” activity during an online session and reveal manipulation by a cybercriminal:

Regardless of how complicated a bank’s systems and procedures are, cybercriminals who utilise social engineering to defraud organisations are highly motivated and skilled. After a successful social engineering fraud, the victim’s money is typically impossible to locate. Therefore, to protect customers from financial loss, it is imperative to detect fraud the moment it occurs. The use of behavioural biometrics can prevent significant losses, while comprehensively protecting customers and company assets. It must form the bedrock of any financial institution’s anti-fraud protection.

How To Combat The Growing Problem Of Synthetic Identity Fraud