The global economy is rebounding from recession but what are the drivers for recovery and how can businesses thrive as we fight through the pandemic? 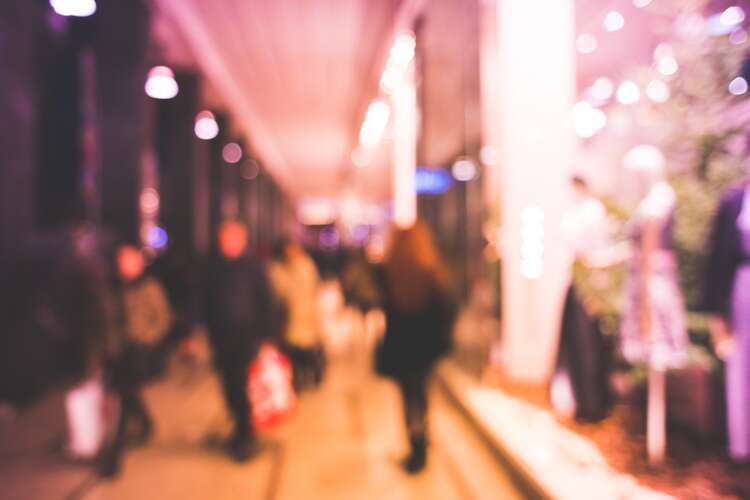 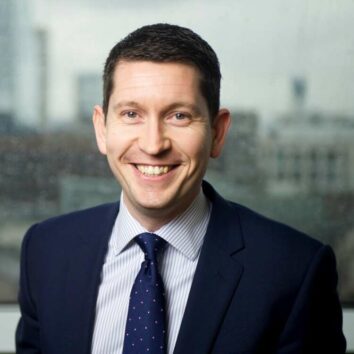 With trade wars, rising protectionism, Brexit and a pandemic, it’s safe to say that recent years have been turbulent. It’s clear that the unexpected has become inherent in the global trading environment and returning to ‘normality’ is a concept businesses should not cling on to.

After the pandemic caused worldwide economies to recoil into the worst economic slump since the Great Depression, we’re now on the path of rebound. But optimism comes hand in hand with caution about what lies ahead. If there’s one lesson to be learned, it’s to be prepared for anything.

Positively, global economic growth has rebounded faster than expected with GDP forecast to rise 6.2% in 2021, an upgrade of 0.8 percentage points than originally forecasted.

Looking across the global regions, Emerging Asia, led by China and India, stands out with 7.7% growth, followed by the US with 7% growth; up 3.5 percentage points on earlier forecasts. Latin America’s recovery, helped by much higher commodity prices, is expected to be just above the global average at 6.5%. Meanwhile, Eastern Europe’s GDP is forecast to rebound 5.1% from a mild 2020 recession. With 5% growth forecast, the eurozone is expected to be the region with the lowest percentage growth this year.

Global trade deteriorated in 2020, down 16% in the second quarter alone with global services trade hit even harder. However, it then experienced a faster-than-expected rebound. Within six months of collapse, goods trade had recovered to pre-pandemic levels. Over the last year, recovery has been broad-based with cars, capital goods, consumer goods and industrial suppliers back at, or even above, pre-pandemic levels of late 2019. Incoming 2021 data shows the resilience of trade growth.

However, services trade is recovering much more slowly and divergently. Telecommunications and financial services only returned to pre-pandemic levels in Spring 2021 while travel services remained at 65% lower as tourism remains depressed.

strains in global supply chains are expected to dissipate during the coming 18 months. Supply bottlenecks will abate as trade growth slows, container capacity is expanded, and Covid-19 related extensions of customs and other logistical processes are relaxed.

The development of vaccines and subsequent rollouts have been key to the path of recovery, allowing economies to reopen and restrictions to ease. While case numbers suggest vaccination does not prevent the spread of the Delta variant, there is a clear negative relationship between vaccination and hospitalisation. Therefore, vaccination remains the best way out of the pandemic. More than 1.4 billion people have now had their first dose of the vaccine and 1.2 billion are fully vaccinated, led by advanced markets which consequently have a head start in the race for recovery. However, leaving developing and emerging economies behind creates its own risks. Lower vaccination rates and the sustained spread of Covid-19 in these regions will have macroeconomic as well as local consequences, potentially allowing new variants to form and subsequently spread across the globe. Therefore, the fight against Covid-19 very much remains a global battle.

The next economic recovery driver has been a marked settling of uncertainty in the political environment. Firstly, was the election of Joe Biden as US president, reducing major uncertainty over US policies on global trade and international relations. As a result, the US has returned to the international stage with a renewed agenda and multilateralist approach. This reduction in uncertainty, together with the impact of the substantial fiscal stimulus package, American Jobs Plan and newly passed infrastructure bill will support investment and spending by businesses and households in the US and beyond.

Meanwhile, in Europe, the EU has taken further steps to support member economies with stimulus packages as well as the €750bn NextGenerationEU recovery package. In the UK, an 11th hour post-Brexit agreement was reached. While ongoing issues remain, the major disruption of being thrown into a hard Brexit situation was averted.

Altogether, the changed international policies, fiscal policy efforts, EU economic support and avoidance of a hard Brexit are undeniable game changers. While they have begun to show their effects, adjustment in the global economy is taking place, weakening the link between the development of the pandemic and economic growth.

As a consequence of lockdowns and restrictions, consumer spending was constrained on services such as restaurants, hotels and travel. With income largely preserved by government support, consumer spending on goods such as cars, furniture, household appliances and sporting gear increased. This resulted in geared-up demand for manufactured products, supporting sentiment indicators and prospects for growth evidenced by an acceleration in the manufacturing Purchasing Managers Indices (PMIs) for the US, eurozone and China.

Consumers are now ready to take the second step, unleashing excess savings and gearing up spending on services, made possible by the easing of restrictions. It is this boost which will fuel strong global recovery at a higher rate than was expected earlier this year. Composite PMIs indicate a strong global recovery starting in Q2 2021 with strong rebounds expected in the eurozone, Latin America and Eastern Europe while China and the US expected to consolidate their strong start to the year.

What if: The worse-case scenario

The forecast economic recovery is based on several assumptions. These include governments being able to retain their grips on the pandemic and effectively contain new surges or variants with short-lived restrictions and economic damage being contained. It also assumes vaccine rollouts will continue and that consumers will lead recovery with a willingness to spend. On the upside, the consumer-led recovery we currently envisage could turn into a consumer boom with more involuntary savings spent than in the baseline scenario, triggering a virtuous cycle of higher consumption, investment and sentiment. However, should these assumptions not be met and consumption subsequently deteriorates, the cycle could turn vicious and drag the economy downward. As a result, recovery in 2021 would be depressed and 2022 economic performance would take a major hit. However, for the time being, there is not a high likelihood to this scenario.

In response to the pandemic, many global governments were quick to launch wide-ranging support including fiscal measures, job-retention schemes, initiatives to prevent insolvencies and reinsurance schemes. While the trading environment has been challenging at best, these measures have cushioned the blow to businesses. However, as government support is gradually withdrawn, economists forecast a surge in insolvencies; both from zombie companies which have been propped up and those which are trading on empty after a period of sustained closures and restrictions.

In response, businesses must be ready. Change can happen in a moment and therefore it is imperative businesses source real-time intelligence on buyers’ ability to pay and monitor their payment practices. Astute businesses will become the expert on their buyers’ sectors, the wider market and the circumstances which could affect their ability to trade. Above all, businesses should overhaul their credit and risk management processes to ensure they are robust and can adapt to any changing circumstance, with the added reassurance of non-payment protection should anything go awry.

During times of crisis, it can be too easy for businesses to stand still and watch events pan out before reacting. But the nature of the pandemic has demonstrated that burying your head in the sand is unsustainable and, quite frankly, impossible. The only option for businesses is to take proactive measures to protect themselves and seize the opportunities for growth that economic rebound will bring.

For more information and a suite of free economic, payment and country reports, visit the publications pages of the Atradius website https://atradius.co.uk. You can also follow @AtradiusUK on Twitter and AtradiusUK on LinkedIn.

Payments data transformation: What does it mean for corporate treasurers?

The 2025 PSTN switch off is coming… how can companies prepare for it?