THE FOURTH INDUSTRIAL REVOLUTION IS ONLY THE BEGINNING 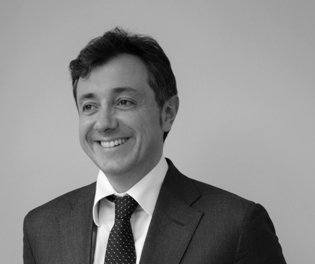 The theme of the upcoming World Economic Forum – Davos – in January is “Mastering the fourth industrial revolution”.  Of course, Davos will look at its impact across multiple industries but for me, nowhere is this revolution being more keenly felt than financial services.

Think about how you used to bank ten years ago compared to now. The advance of omnipresent and hi-speed internet has revolutionised us as a society and driven behaviours that would be nothing short of alien to our forefathers. Using your watch, bracelet or phone as a means of cashless payment to jump on the tube? Being able to shop for the entire day without once needing to exchange physical cash? I’m sure they would have thought such ideas flighty but the fact is that this is our reality.

Tim Cook went one step further in November when he declared that he didn’t believe the next generation of children would even know what cash is. This might seem extreme but he has a point. And not just because of the unthinkable changes that technology have bought to payments infrastructures, but because increasingly we focus less on the currency we are exchanging and much more on the value that it delivers to us as individuals. De La Rue is even reducing its workforce in the face of falling demand.

This subtle, yet significant shift, has real implications for banks, which if they fail to grasp could find them struggling for market share in just a few years’ time.

Banks are at different stages in their digital transition and any kind of digital initiative tends to be driven inside out, rather than inviting the outside world in. We hear increasingly that FinTechs and Banks are becoming firm friends, with institutions looking to build out innovation networks.  This is of course a good thing but highlights their inability to innovate from within. It is FinTechs, not banks that are providing the technical answers to consumers’ need for banking to simply ‘just happen.’ People don’t want banking to be an event. They want it seamlessly integrated into their everyday lives. This is one of the key reasons why PayPal has risen to prominence so quickly. As we hurtle into the Internet of Things, the PayPal approach becomes ever more appealing for consumers who can just click ‘pay with PayPal’ rather than awkwardly wrestling with their card details on the packed commute home.

For banks to move forward in the age of convergence and 5G, they need data. The data that powers transactions needs to be available to all. Of course such unprecedented levels of data integration and sharing raises a lot of questions about governance, security and protocols, but that is a debate for a different article on a different day. The point I am making is that free flowing data across the payments infrastructure can drive innovation. Banks are not islands and they need to build relationships with FinTechs, retailers and loyalty reward schemes, at the very least, in order to respond to changing consumer requirements. Not just for the data, but also for the halo effect of partnering with the right brands. After all, are people more likely to use Apple Pay or JP Morgan’s ChasePay?

If they wanted to, banks could be the powerhouses behind new products and services. Instead, banks hug their data tight. They’d rather ‘know what they know’ and not give away their gold. In a competitive landscape this initially makes sense, but the rules of the game have changed. Banks are no longer in control – technology has overtaken them. If they want to get back in the game, they’re going to need to break some of their own ‘rules’.

The need for a high performing data ecosystem becomes ever more important when we look at models of banking. For the last decade, retail banks have invested in services that keep the consumer at arm’s length – apps, online banking and making contacting call centres a difficult and unpleasant experience. Anything to streamline the process and make efficiencies. At first this was fine. People embraced new methods of banking. But the fact is that as humans we crave human interaction. A recent survey found that even millennials value the in-bank experience. Challenger banks have recognised too that they can’t challenge the establishment in the online world only – many such as Atom and Starling are in talks with companies with institutions such as the Post Office in order to secure a high street presence.  As the CEO of Mondo recently said, online and apps are fine when everything is good in your financial world, but the first sign of trouble and you want the assurance of human interaction. And hey, if millennials are on board, who can argue?

For many banks, who have begun the process of either consolidating their high street branches or closing them altogether, this regression to the era of personalised banking is something of a conundrum. I believe that in the future, we will see the rise of ‘Automatic Banks,’ which are high street branches which feature cubbyholes where you can go and talk to a person about your banking questions, where the consultant will have your details and having used sophisticated algorithms, pulled trends from your banking data in order to offer solutions or advice.

This might sound desperately impersonal, but this misses the point because as consumers we no longer care about the bank but the experience. To go back to my original point, people want to be engaged as individuals. Name means little to them – what they want is a bank that delivers value to them and is at the centre of an ecosystem that understands their personal preferences.

Digital is talked about endlessly and it means different things to different companies. But true revolution will only come from collaboration from all different parts of the ecosystem, where the lines are blurred and it becomes profitable for all. As the entity that controls payments, banks can take a front and centre role but they need to be quick otherwise they’ll be outwitted by the next hot FinTech.

In a centrally cleared world, real-time risk management is paramount