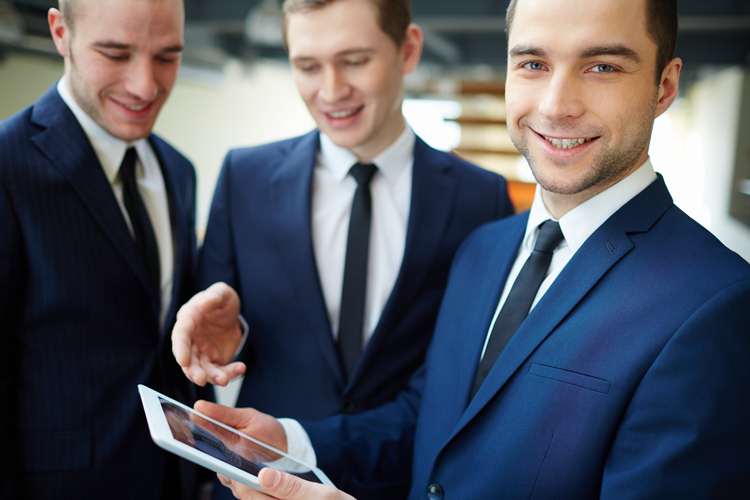 The next time you launch your mobile bank app to perform a financial transaction, remember Jean Sammet, who just passed away just last year at 89. COBOL, the programming language Sammet helped design, is likely driving the entire financial process beyond the interface of your phone and ensuring it occurs within seconds to help your bank meet customer expectations.

It’s unlikely most people outside the field of computer programming know who Jean Sammet was, let alone what COBOL is. Many more are familiar with her contemporary Grace Hopper, who is often called the “mother of COBOL,” something Sammet openly opposed. Although Hopper oversaw the project of creating a standard business language in 1959, it was Sammet and five others, all from various organizations, on the project’s Short-Range Committee who designed COBOL.

Today, the world’s largest banks – along with the Federal Government, the U.S. military, leading retailers and insurance companies worldwide – continue to rely on COBOL applications running primarily on mainframes, as well as other systems. Yet, despite its importance, many criticize COBOL for being an outdated language, simple due to its age. Interestingly, disapproval of COBOL is a legacy sentiment rooted in its debut over a half-century ago.

From the beginning, COBOL faced an uphill battle. During its initial development, it was up against other languages like FACT, COMTRAN and FORTRAN, all vying for the sought-after position of the de facto standard business programming language.

“One of the interesting events of 1960 with regards to COBOL was the action and reaction of several of the manufacturers,” Sammet wrote in “The Early History of COBOL” for the Association for Computing Machinery. “RCA and Remington-Rand Univac were involved in a ‘race’ to produce the first COBOL compiler. IBM was having internal qualms about what to do about COBOL.”

When one understands the vitality of the mainframe in the context of this level of digital transformation—96 of the world’s top 100 banks continue to run System z—one understands the importance of COBOL. The just-released IBM z14 mainframe includes 35 percent more capacity than its immediate predecessor, the z13, and the ability to encrypt 12 billion transactions per day. It is currently the most powerful computing platform on earth, and like other mainframes, it runs billions of lines of COBOL supporting billions of transactions that ultimately drive the financial services industry and the overall economy.

As Kurt W. Beyer writes in his 2009 book, Grace Hopper and the Invention of the Information Age, alongside competition from other languages and IBM’s second-guessing, other factors created tension for COBOL, including accusations that COBOL’s specifications, which would enable it to serve as a suitable compiler for commercial customers, hadn’t been created in time to meet a committee-established deadline. Some involved in the project advocated for abandoning design efforts and starting anew.

But Sammet, who had worked on developing those specifications with her colleagues, assured critics the specifications existed, were being implemented and were “being used to write and run successful data processing problems,” Beyer writes.

And although COBOL-competitor FACT was technically a superior language, as Sammet admitted, it and other languages weren’t as machine-portable as COBOL, nor was there a strong consensus from manufacturers around its potential.

Regardless, critics continued dismissing COBOL, complaining of its “semantic verbosity, its syntactical redundancy, and its overall lack of linguistic elegance,” Beyer writes. These were initial but reparable issues. Some even suggested COBOL would fail simply because women played a large role in its inception.

Eventually pushing past its precarious, underdog position, COBOL blossomed into the standard business programming language that continues to be used predominantly by leading banks. Within its first decade, it was being used globally more than any other computer language, and it would live long past its anticipated expiration date. Ongoing compiler updates have also ensured COBOL’s consistent speed and performance.

Today, there are over 200 billion lines of COBOL, comprising 65 percent of global computer code. COBOL applications on mainframes process people’s most important, even most trivial, financial transactions—bank deposits and withdrawals, mortgage payments, credit card transactions for candy bars. COBOL applications also process and protect people’s most vital personally identifiable information, enabling them to maintain a comprehensive network of intimate details necessary for functioning in the world, from having a social security number to an insurance plan.

Sammet knew COBOL would be a game-changer, and would “continue to be very heavily used.” And she thought that was important “because it means that attempts which are made somehow to kill COBOL just are not going to work.”

Still, she knew, as we know today, convincing everyone of COBOL’s grandeur would remain an illusion: “Anyhow—so much for that amount of proselytizing which will, I’m sure, have no more effect now than it has when I’ve said this in other places!”

Christopher O’Malley is the CEO of Compuware.

He has nearly 30 years of IT experience, with past positions including CEO of VelociData, CEO of Nimsoft, EVP of CA’s Cloud Products & Solutions and EVP/GM of CA’s Mainframe business unit, where he led the successful transformation of that division.