The banking industry and the deconstruction of its value chain. How Banking-as-a-(BaaS) service could become the key considerations for banks. 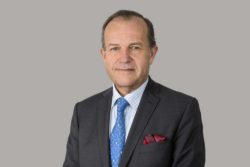 The banking industry in 2018 has reached a tipping point: banks must urgently switch from their post-crisis “recovery mode” to a new “action mode”.

Banks need to find solutions for improving cost management and increasing profitability. Set out along the wrong path and banks risk being relegated to a footnote in history. Choose the right strategy and they can be masters of their own destiny. The difficulty, as usual, lies in determining which path is the right one.[1]

One strategic move is about the deconstruction of the value chain horizontally by building utilities leveraging scale in mid/back offices and IT to streamline the operating model and to reduce costs. The German savings bank and cooperative bank sector is a blueprint for this strategic move, which is now being increasingly adopted by larger banks.

Reducing costs thus ultimately means implementing state-of-the-art IT infrastructure, digitalising processes and reducing legacy systems wherever possible – in addition to reducing personnel costs. Ultimately, this drive towards a better IT infrastructure within banks may lead to an increase in offerings such as banking-as-a-service, with some banks ultimately becoming IT companies.

Here at zeb, we have observed that large ITcentres are being built with services being outsourced both nearshore and offshored. Several banks are contemplating whether or not they should become “utility centres” for certain services. Recent discussions amongst Swedish top banks to create a utility for Know Your Customer (KYC) and onboarding processes or initial discussions amongst a consortium of German banks to build a regulatory reporting factory only highlight some of the moves that are currently being discussed across Europe.

However, it is important to remember that many of these discussions are in early stages and therefore talk of the advent of the “Amazon of banking IT services”, would certainly be premature. Rather, current forecasts show that an overall increase in IT costs of around 18 percent is expected between 2016 and 2021, consisting of a seven percent rise in 2016-2017 and a projected further rise of ten percent by 2021. The main drivers for this increase are software costs, which are expected to grow by 19 percent between 2018 and 2021, and IT service costs, which will grow by 11 percent between 2016 and 2021.

We believe that banks have two options available to them with regards to this strategic move. In both cases, processes will have to be adjusted and old ways to be parted with. As a result, banks can achieve significant cost savings. First, on top of their traditional business,banks can become service providers, selling their services to other companies – a sort of specialised “process factory”. This will mean focusing on non-differentiating parts of the value chain and pursuing excellence in these areas. For example, external firms already provide white-label securities services to around three-quarters of banks in Germany, effectively acting as utility centres for this service – dwpbank is one such firm. Other banks, such as Swedbank, have opened out its credit operations and allowed other banks onto its platform. Some of the large IT centres servicing several regional banks were originally part of individual banks themselves, such as ARZ in Austria. The benefits of becoming a service provider include economies of scale, achieved by providing services to several financial services players, and the possibility of sharing both change costs (software updates, adjustments to new regulations and so on) and run costs (competence centres, infrastructure and the like).

Second, banks can become “service buyers”. This means using external standard solutions for value chain activities that offer limited or no differentiation – typically middle-office and back-office activities. Examples include some of the large Swiss players, which use FIS Derivatives Utility for their post-trade derivatives clearing, and Commerzbank, which currently outsources its securities services to HSBC Transaction Services. The benefits of the “service buyer” approach include standardisation of processes, continuous updates and seamless release management, a high degree of automation and centralisation of expertise in competence centres. The approach also delivers a reduction in run-time for critical processes, distribution of the workload and significantly lower total costs.

The most important success factor in this approach is to first understand which valuechain components differentiators for the bank and which elements are can be standardised. This will enable the bank to take the right approach to the “make or buy” decision. Banks should focus on what really matters, asking themselves which of their products and services contribute to their bottom line and which promote the overall excellence of the organisation. Moreover, they should investigate whether their customers really value tailored offerings – and more importantly whether they are willing to pay a premium for them. On this basis they can then simplify and standardise the rest of their operations. If they choose to “make”, in other words to become a service provider, they must transform their organisation into a highly standardised, automated process factory. If they choose to “buy”, i.e. to source services externally, they must adjust their business and operating model to the standard required by the third-party service provider.

The latest advances in technology merit a reassessment of the “make-or-buy” decision for most large European banks. Cloud computing and the arrival of a plethora of “banking-as-a-service” providers – i.e. firms that offer a highly automated bundle of software programs and process functionalities – make it worthwhile for banks to analyse this strategic decision in detail. This holds true for those banks that are striving for simplification and cost reduction.

In many ways, the adoption of cloud-based service models is nothing but the next logical step in what has been taking place ever since banks first started using IT to enhance their processes. First, banks want to increase the automation of their banking functions – which comes as no surprise, given that they are essentially “information processors”. Second, they have been transferring an increasing share of their value chain to external providers, particularly with regards to developing and operating IT solutions. Banking-as-a-service pushes both of these buttons: Banking functions are provided digitally, by external providers residing in the cloud. For banks, shifting all or part of their business to the cloud could therefore be the key to reducing the complexity of their process and IT landscapes and addressing the challenges of the digital age – in one fell swoop.

What is a bank draft?