THE BANK OF AMAZON 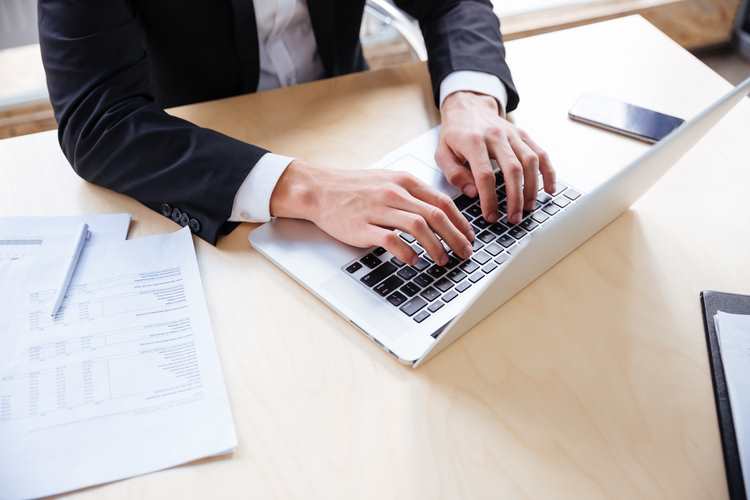 In the late 90s, a University of Manchester lecturer informed his class that one day a single device would combine portable audio cassette players, cameras and mobile phones.  He knew this because he was wise to the concept of ‘convergence’. Of course, it seemed like madness to us. We could not imagine that the brick whose graphics capabilities maxed out at ‘Snake’ would actually be capable of taking a photograph. And, frankly, what is the utility of taking a picture with my phone? And how would I fit a cassette into it?

These days we expect amazing leaps forward; unexpected developments that alter how we conduct our lives. One of the recurring themes through the evolution is convergence. Amazon was incorporated in 1994 and began selling books in July 1995. Over time, via acquisition and investment, Amazon invested in the technology to support online retail and used that backbone to expand into other sectors. It is an expert at consumer facing technology, generating substantial consumer satisfaction. These days we think nothing unusual in ordering a meal from Amazon whilst we settle down to watch its streamed television and film content. It is an incredible success story.

Amazon’s business expands beyond providing goods and services to its customers. Amazon Lending launched in 2011 and has advanced loans in excess of $3bn to small businesses in the UK, US and Japan who might otherwise have failed to secure credit from traditional lenders. Those merchants are suppliers to Amazon, and so the company benefits from hyperlocal merchants with expanding product lines, thereby increasing the breadth of Amazon’s offering as well as its geographic reach.  Of course, the loans also generate interest.

Amazon presently offers two credit cards to its customers via JP Morgan Chase & Co. and Synchrony Bank, getting in on the credit card market despite not being licenced to issue them on its own. Nonetheless, Amazon recognises the value in direct consumer contact, even when it comes to monetary matters. In 2017, Amazon launched the Prime Reload product, which rewards customers for pre-funding their Amazon balance from their debit account. In so doing, Amazon is cutting out Visa and Mastercard from those transactions.

Amazon is not alone: Apple, Google, Facebook and Square have their own payment systems, allowing them to keep their customers, and their data, close. PayPal has partnered with retailers for instore cash deposits to enable those without bank accounts to shop online. John Lewis launched a personal loan service for amounts up to £25,000, sitting alongside its insurance, foreign currency exchange and international payment services.

None of this should come as a surprise. These are large companies, absolutely expert at providing what their customers want, seeking to exploit the regulators’ general intent that there should be increased competition and innovation in the finance sector.  They also have the trust and confidence of the younger generations of Millennials and below, who have grown up with these brands whilst hearing of the perceived difficulties and greed of the established banks.

Yet despite their size, vaulting ambition and capabilities, it may be some time before we see such companies making serious inroads on the sector. At present, Amazon Lending’s figures pale in comparison to the $130bn provided to small banks by JPMorgan Chase in that same time period. There are significant hurdles – both cultural and regulatory – to be overcome.

At present such companies are not subject to anywhere near the levels of scrutiny and regulation that banks are subject to. They have no demands on the nature and adequacy of their assets. The appropriateness and qualifications of their executive is, other than perhaps those imposed on public companies, limited to the pressures of their investors. By comparison, the banking rules and regulations are prohibitive and fiendishly complex, devised by banks and their regulators over decades. The banks are experts in their field, accustomed to the levels of compliance and the complexity of the products. It is difficult to envisage non-banks, particularly technology companies, being prepared to dive into such costly waters, going head-to-head with established big beasts, for potentially marginal gains.

Yet the landscape may be changing. The US Office of the Comptroller of the Currency is pushing ahead with exploring a form of Special Purpose National Bank Charters for fintech companies. Additionally, Brian Knight, Director of the Program on Financial Regulation and Senior Research Fellow at the MercatusCenter at George Mason University, has advocated a form of non-depositary charters and a “sandbox” scheme similar to that operated by the Financial Conduct Authority. There is certainly a groundswell of opinion that the blurring of the lines between consumer and financial should not be dissuaded as the developments are likely to serve in the interests of the consumer. Subject, of course, to appropriate oversight.

At a time when Amazon has spent $13.7bn acquiring Whole Foods, gaining the physical footprint that the company has needed to sell more groceries, it would appear that it has other things on its agenda before pushing into banking. Just as well for the banks – once the acquisition was announced Wal-Mart’s share price fell by 7.1%, demonstrating the clout that companies such as Amazon possess. Nonetheless, the large, consumer-focused businesses with technology at their core are already engaging in providing financial services and it is not unreasonable to expect this to deepen, just as banks have recognised the threats and consequently heavily invested in fintech and refocusing on their clients. The convergence will surely continue – it is not such a leap to imagine a future where we order groceries, queue up streaming content and check in on our financial health via a dialogue with our virtual assistant. It is far more feasible now than it was to imagine sending a photograph of Shaun Goater shinning a goal at Maine Road using my mobile phone whilst streaming music at a higher bitrate than a CD was 20 years ago.

Share on FacebookShare on TwitterShare on Linkedin
Related Topics:THE BANK OF AMAZON
Up Next