Technology Innovation, Investment as a Force for Economic Growth 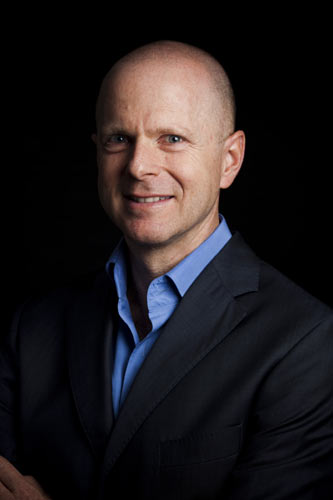 By Robert Marcus, CEO of QuantumWave Capital, an investment bank for technology start-ups

The global economy continues to stagnate, with all the major Western economies reporting tepid growth or recession. In the UK, 2012 growth figures provided by the Office of National Statistics (ONS) were recently revised up from no growth to a meager 0.2%. Things are no brighter across the rest of Europe, with recent business surveys confirming that France, Spain and Italy are dragging the Eurozone into a deeper downturn.

In such a difficult macro-economic climate, with policy maker inertia adding to the general malaise, investors could be forgiven their inaction. However, the surge in technology M&A activity and investment reveal one path out of the current slump.

It is easy to see why this is the case. The mobile internet—the fifth wave of computing—is a revolution. The convergence of mobile systems with the internet has created a near-universal market of 6 billion users generating $2.5 trillion in annual economic value. Activated by third-generation mobile communications (3G) and the smartphone, the market is expected to explode with the current global rollout of fourth-generation communications (4G/LTE). In the UK alone, one report puts the 4G/LTE GDP impact at £75 billion before 2020. This includes £5.5 billion of direct private investment into the economy by 2015, creating or safeguarding 125,000 jobs.

The mobile internet combines the massive economic and social power of networking with the force accelerator of more than 6 billion personal mobile devices. Not to mention an estimated 50 billion networked machines by 2015. Its size, commercial potential, and ease of developer access is fuelling a powerful new wave of global innovation, decentralising R&D into distributed hubs around the globe.

The Connected Generation, rejecting notions of the centralisation of power and closed systems and organizations that maintain it, is democratising innovation itself, and rising up to challenge the Silicon Valley monopoly. Disenfranchised from the corporate workforce by the economic crisis, inspired by the legend of Silicon Valley and its iconic leaders, a new generation of talented and resourceful entrepreneurs is emerging. From centres as far afield as New York, Toronto, London, Berlin, Santiago, Tel Aviv, and Beijing, these entrepreneurs are proving that they can innovate as aggressively, create as ingeniously, and work just as hard as their contemporaries in California.

The mobile internet is an innovator’s dream. No one can fully envision the future applications that will emerge atop new mobile platforms. The potential is so great that this worldwide flowering of technical talent could well offer one solution to the world’s current economic crisis. The struggling economies spending billions in infrastructure improvements or attempting to prop up old industries as a way of increasing employment, could spend a fraction of that amount to seed mobile internet start-ups. This would ignite a wave of innovation that can revamp economies and produce high-paying jobs and capital growth with a phenomenal return. The impact would be particularly great among young people, who as a group suffer the highest unemployment.

This assistance could come in the form of small investments, public/private partnerships, tax incentives, and grants. As we have seen from the UK Government’s recent focus on tech start-ups and entrepreneurship, the formula clearly works. This investment has produced the booming Silicon Roundabout, attracting hundreds of start-ups and multinationals such as Cisco, Facebook, Google and Intel, creating thousands of jobs as a result. New York has the fastest growing tech sector in the US. Berlin is teeming with innovation. Israel, which has also provided numerous innovation incentives, has more start-ups than any other country in the world except for the U.S.

The programs don’t just help nascent firms get off the ground. They help create a complete ecosystem of companies and individuals with the technical, business, and investment backgrounds and capital required to create the critical mass of support from which the industry can blossom. The original start up dream was to work like crazy, bring in angel investors and venture capitalists to productise the new technology and finance growth, before exiting a sizeable company via IPO or trade sale. This traditional cycle has failed over the last decade. VCs are moving to safer, later funding rounds. IPOs have plummeted. The vast majority of start-ups struggle to find any meaningful funding.

Meanwhile the rate and pace of innovation is accelerating. A few very bright people can develop something of great value in an incredibly short period of time, but they can become irrelevant just as fast. In parallel, the sector leaders with hundreds of billions of dollars of cash on their balance sheets are under pressure to reposition their technology assets to address the mobile internet. Facebook’s fifty per cent share price collapse and Google’s disappointing earnings originate in their failure to effectively pivot to mobile. Technology is needed to affect this change, and large organizations, unable to innovate fast enough, increasingly embrace M&A as a complement to in-house R&D. Google alone spent nearly $2 billion on 79 technology and talent acquisitions in 2011.

Silicon Valley is no longer a region. It is a platform and a state of mind. Decisive action by government, in the form of targeted and modest investments and tax incentives, can activate these new platforms worldwide and set in motion a virtuous circle of technology innovation, investment and return, and emerge as a key strategic driver for worldwide economic transformation and recovery.

How do companies avoid leaving value on the table in “The New Normal” environment?